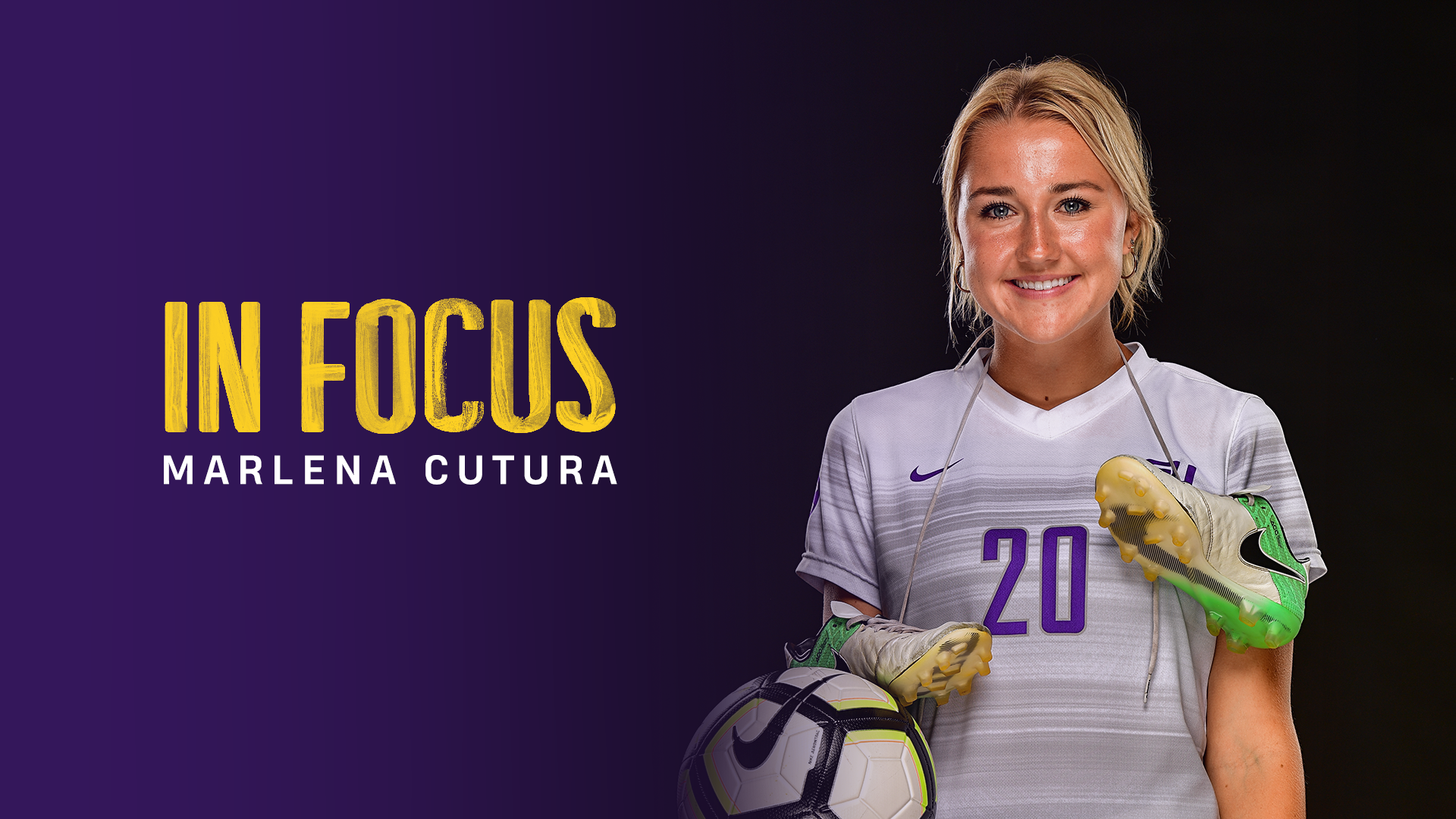 The 2018 season was one for the record books for the LSU soccer program. A historic run, unlike anything ever seen at LSU, capped off by winning the program’s first SEC Championship.

The story could not have been written any better. In the championship match against Arkansas, down 1-0 with less than 20 minutes remaining, Shannon Cooke unleashed a shot 40 yards out and into the top right corner of the net. The match was tied. Then on to penalty kicks where it was all LSU, winning 4-1 and claiming that elusive conference crown.

It was a script for the ages, no doubt, but now it’s a new year, a new team, and a fresh start with high expectations.

For senior Marlena Cutura, the expectations still remain the same – win. “Everyone is here to win,” said Cutura. “Especially after doing so well last season winning the SEC and making it to the second round of the NCAA Tournament, we know what we are capable of doing.”

Cutura is coming off the best season she has had wearing the Purple and Gold. The senior started all 24 of LSU’s matches, notching a career-high 11 points with three goals and five assists. She had many big moments last season throughout her 1,889 minutes on the pitch.

Two of her three goals were game-winners. She scored the game-winner in a 1-0 victory over South Alabama in the 31st minute. Then she scored the first goal of a 3-0 win over Lamar in the 25th minute. She also scored her first career SEC goal against Missouri that helped the Tigers to a 2-1 win. Overall last season, LSU was 6-0-1 when Cutura registered a point.

Coming into her senior season, Cutura understands the role she now has on the team. After starting 49 games over her career, she is the most experienced player on this year’s squad. With a team that has eight freshmen, Cutura knows that everything she does will leave a lasting impact on this program.

“I understand that my role has changed on this team,” explained Cutura. “I know that I need to go out there and do all I can to help this team be as successful as possible. That means I have to take the next step on and off the field. We have a lot of very talented underclassmen on this team that I know will help us win matches. I want to make sure that I am doing all I can to make sure they feel confident and ready to go when their number is called.”

Cutura also understands that it can’t just be her. It’s going to take the senior class as a whole to step up and lead this team to new heights.

“It’s not just me,” explained Cutura, who is majoring in civil engineering at LSU. “It’s the senior group as a whole. We have a lot of new faces here this year so as a group we are focused on making sure everyone feels connected to the culture we are trying to build. The past senior classes have set the bar high, and it is our job to continue that trend.”

A product of Pearl River, La., Cutura grew up the youngest of five kids. Her brother, Ando, is a professional baseball player in the Twins organization. Her sister, Christina, is coming off a season in which she found the back of the net eight times for Southeastern Louisiana. Needless to say, the athletic gene has been passed down in the Cutura household.

“It was definitely a competitive household,” said Cutura. “With that being said though, that was all we knew. We were always outside playing together. Whether it was tackle the man with the football, which was my favorite, or honestly just going outside and kicking the soccer ball around. My parents never really bought us toys. We always had some type of ball outside spending time with each other.”

Cutura believes that her being the youngest of the group definitely has shaped her into being the athlete she is today.

“Being the youngest no doubt helped me a lot in terms of just maturing quicker,” she said. “I’ve always felt like I’ve been ready for the next step. Whether it was graduating high school a year early or stepping into this role on this team. I know that because of how I was raised, I’m ready for whatever circumstance or challenge is thrown my way.”

Well, new challenges are here. The Tigers are now three matches into their season and know that there is no looking back. It’s full steam ahead for a team that knows what it is going to take to be the best of the best.