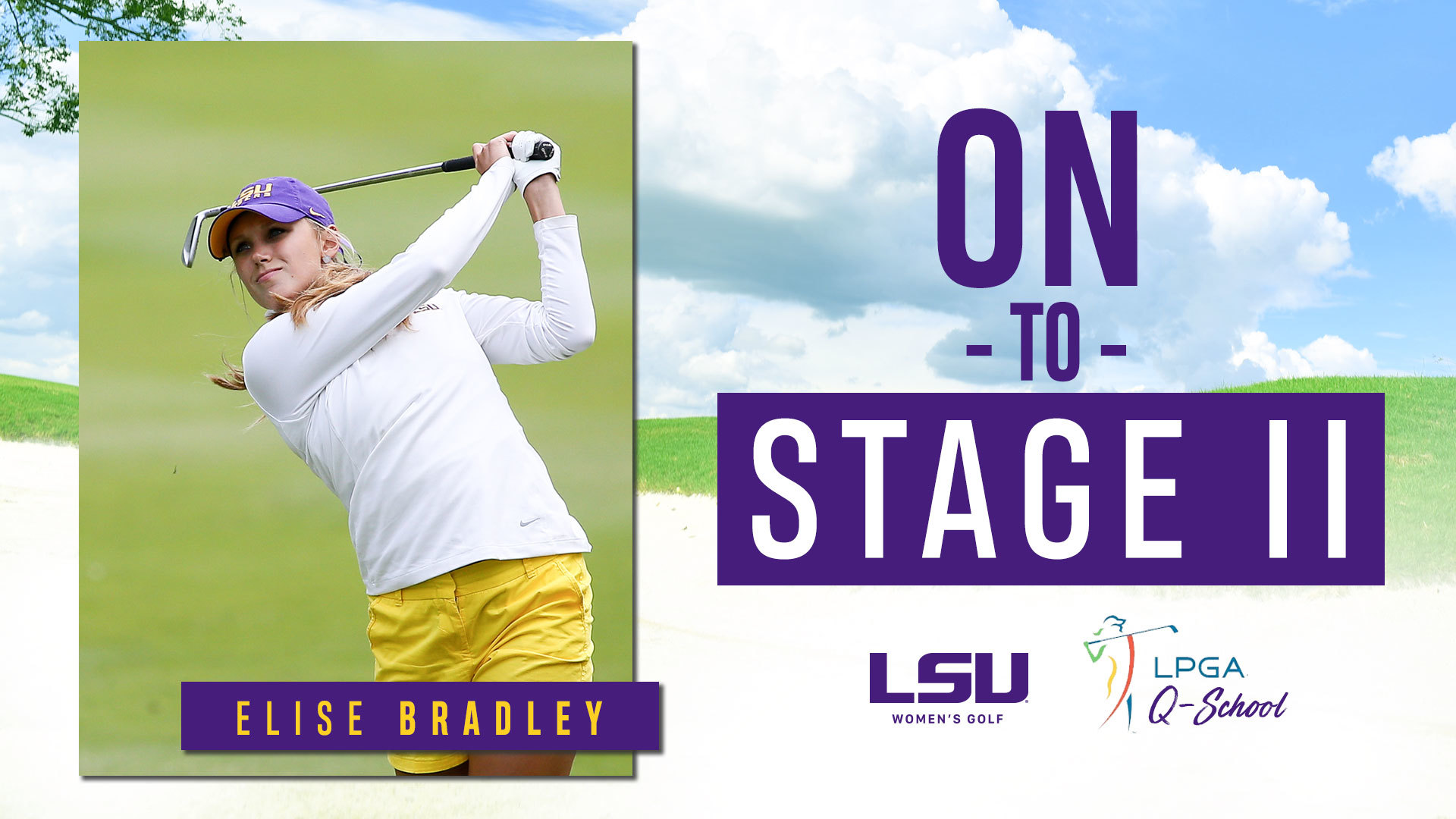 Bradley had to finish in the top 95 and ties to advance to Stage II qualifying in Venice, Florida in October. She played in 2019 primarily on the Symetra Tour.

Bradley put herself in great shape in the opening three rounds, posting rounds of 70, 71 and 71 on the Dinah Shore and Arnold Palmer courses before coming home on Sunday with a 78 to finish the 72 holes at 2-over 290, well inside the advancement line in a tie for 45th place.

This assures her status on the Symetra Tour, but the bigger prize remains, needing to advance through the 72-hole second stage in the top group to the two-weekend LPGA series starting in late October which has 144 holes of play with a minimum of 45 and ties receiving LPGA membership.

Former LSU player Sydney Cavin, who did not make the 54-hole cut, also received Symetra Tour status for the 2020 season.