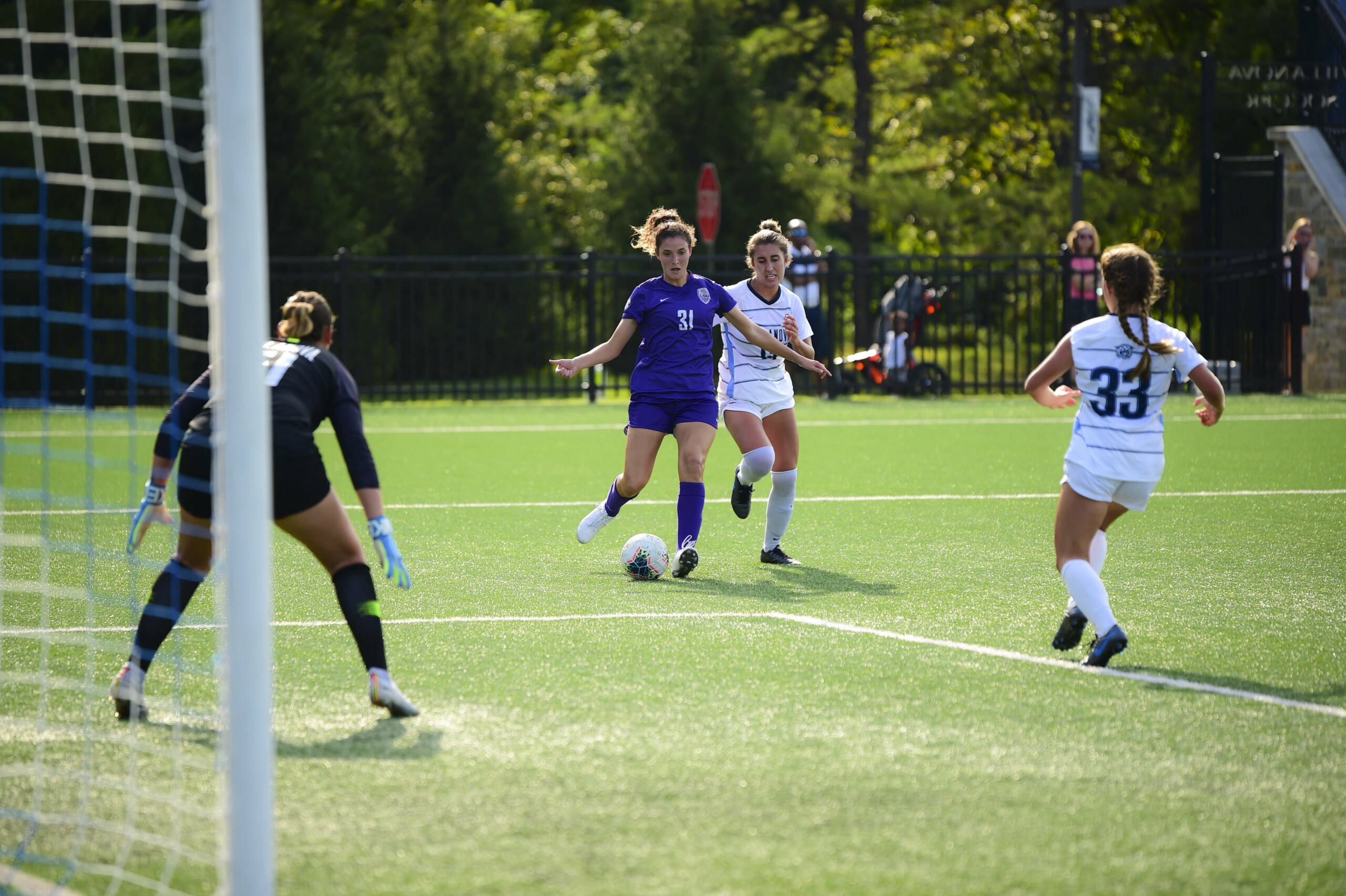 Annapolis, Md. – Baton Rouge native Meghan Johnson handed the LSU soccer team its first win of the season, a 1-0 win over Navy, with a double overtime gamewinner on Sunday afternoon at Glenn Warner Soccer Facility. The win moved LSU to 1-1-0 on the season, while Navy dropped to 1-1-0.

It was Johnson who came through with the gamewinner in the first minute of the second overtime. Shannon Cooke gained possession of the ball in LSU’s half of the pitch in the 101st minute and she bombed a ball down into Navy territory. Initially it was a battle between Meghan Johnson and a Navy defender for the ball and the Navy defender got the first touch and misplayed it a bit. Pair that with Johnson’s incredible effort and the ball ended up on the toes of Johnson. At this point in time, the goalkeeper had come way out of net to pose a threat to Johnson. The sophomore from Baton Rouge played a nifty little touch to her left to dispose of the keeper and then she finished it off by putting it on the near side of the net to miss the recovering Navy defender as the last line of defense. It was Johnson’s first-career goal and first-career game winner.

Emma Grace Goldman picked up the first shutout of her career in her second start. She was called upon to make five saves in the match, none more important than the one that kept it level in the 87th minute. Navy sent in a ball into the six and a redirection touch by Navy’s Victoria Tran was pushed up and over by a leaping Goldman. In the first OT, Reese Moffatt made a clutch play serving as the last line of defense on a ball inside the box and cleared it away shortly before it was heading into the net to end the game.

Navy outshot LSU 21-5 and held the advantage in corners (7 to 1), but they couldn’t get the ball in the net thanks to the stellar play by LSU’s defensive unit. It is important to note though that only 5 of Navy’s 21 shots found their way to Goldman as they rifled off a bunch of long-range attempts.

Tinaya Alexander nearly ended the match at the end of regulation. Reese Moffatt played a perfect ball over Navy’s backline and Alexander sprinted to get the first touch on it. She kept the Navy defender on her hip and took a shot on goal from about 10 yards out and Navy’s Sydney Fortson stoned the attempt to keep the game level. Following the shot attempt, LSU took a corner kick as time ran out but was unable to convert the opportunity.