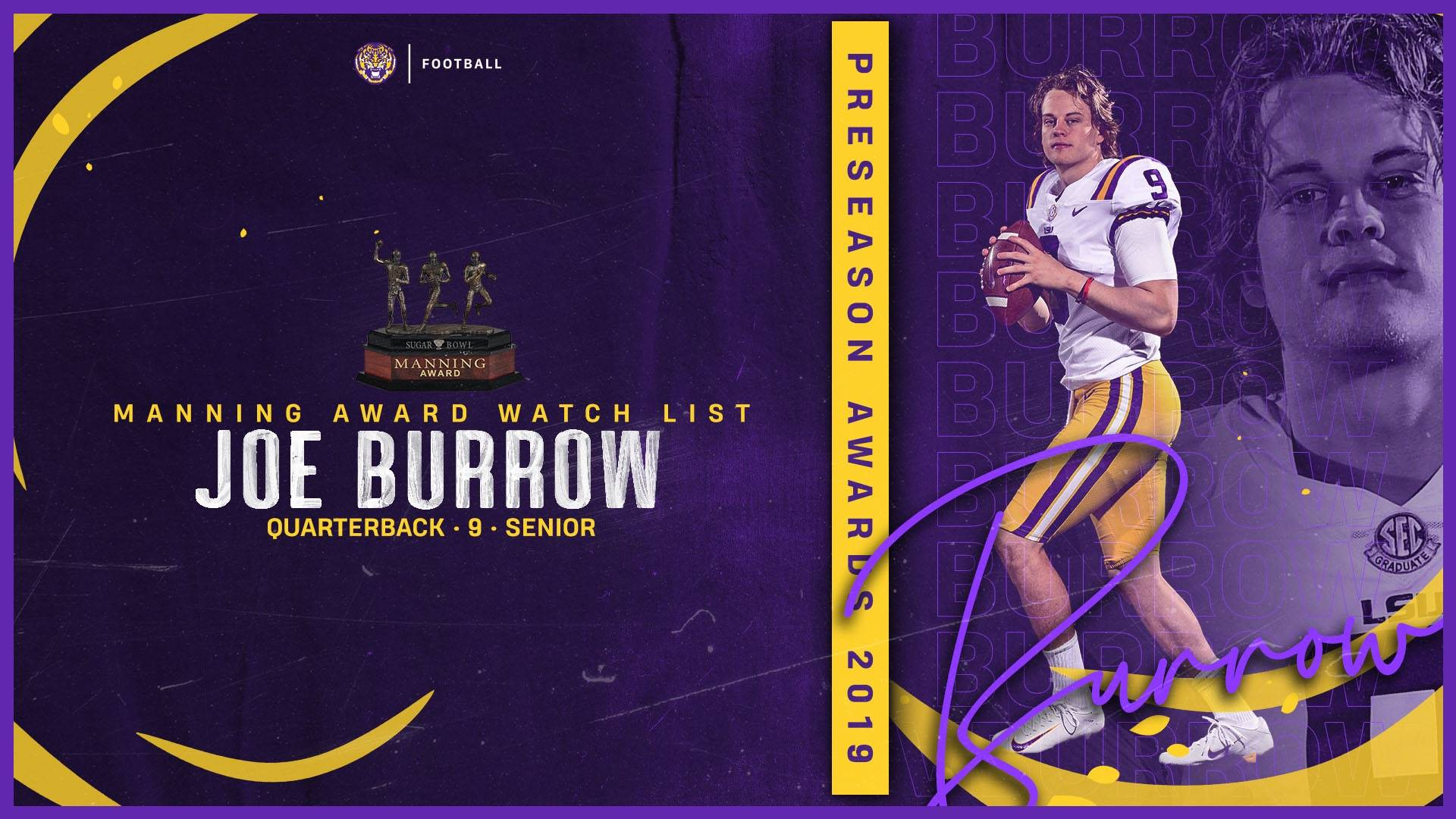 BATON ROUGE – LSU’s Joe Burrow had his name added to another preseason list for a national award as the senior quarterback is one of 30 candidates on the watch list for the Manning Award, the Allstate Sugar Bowl announced on Wednesday.

The Manning Award was created by the Allstate Sugar Bowl in honor of the college football accomplishments of Archie, Peyton and Eli Manning. It is the only quarterback award that includes the candidates’ bowl performances in its balloting.

Burrow, a senior from The Plains, Ohio, enters his second season as LSU’s starting quarterback after leading the Tigers to a 10-3 mark a year ago. LSU capped the year with a win over previously undefeated UCF in the Fiesta Bowl and finished the season ranked No. 6 in the nation.

Burrow was named the most outstanding offensive player in the Fiesta Bowl after throwing for 394 yards and tying a LSU Bowl Record with four passing touchdowns.

Burrow set or tied five school records last year in what was his first season with the Tigers and he became the only player in school history to throw for at least 2,800 yards and rush for at least 350 yards in a season. Burrow finished the year with 2,894 passing yards and 399 yards on the ground. He accounted for 23 total touchdowns and tied the school mark for rushing TDs by a quarterback with seven.

Burrow, who was selected to the 2018 Academic Honor Roll, was twice named SEC Offensive Player of the Week last year, the first for leading the Tigers to the comeback win over Auburn and the second for his performance against Ole Miss when he passed for 292 yards and three TDs and added another 96 rushing yards.

Burrow is also listed as a candidate for the Johnny Unitas Golden Arm Award, the Davey O’Brien Award and the Maxwell Award.