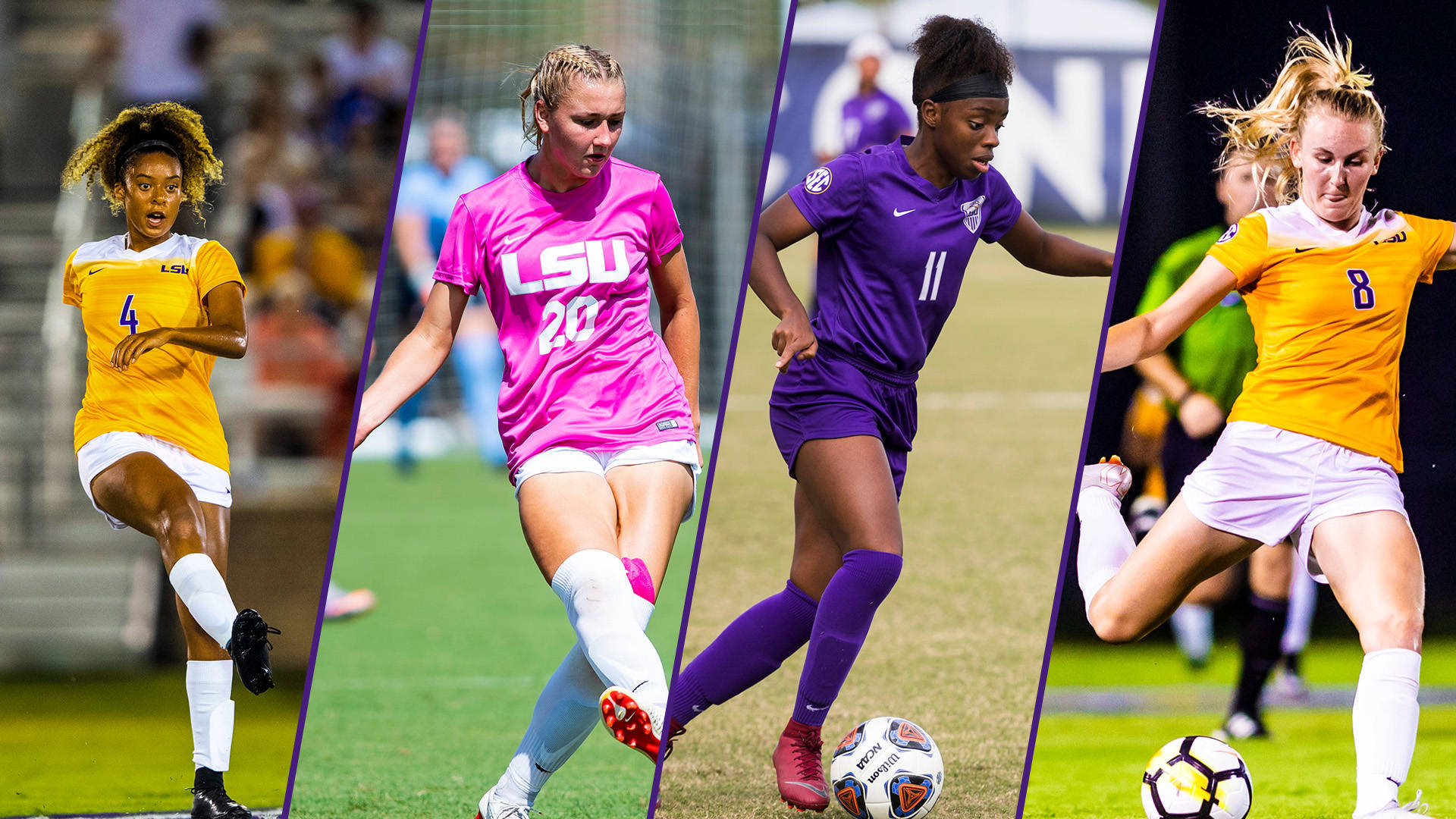 Ritchie-Williams will serve as the anchor on the defensive side of things this fall for the Tigers. A 2017 Second Team All-SEC honoree, Ritchie-Williams brings an abundance of experience to what will be a youthful backline in 2019. In 2018, she was a key cog that enabled the Tigers to rack up 10 shutouts during the season which ended up being the second most in a single season in program history. Ritchie-Williams has played in 42 matches during her first two seasons on the pitch and has started 41 of those contests.

Alexander is the current career leading point scorer for the Tigers with 19 points through her first two seasons of play. She registered 13 points as a freshman (3g & 7a) and she added in six assists during her sophomore campaign. Alexander is a magician with the ball constantly losing opponents in her dust. She ranks just outside the LSU top 10 for assists in a career with 13. Summer Clarke, who played for LSU from 2013 to 2016, is No. 10 on the list with 15 assists.

Cutura is coming off a career year in 2018 where she registered 11 points (3g & 5a). Two of her three goals in 2018 were gamewinners and LSU had a record of 6-0-1 when she scored a goal or registered an assist a year ago. Seven of her 11 points were scored in a four-game stretch early in the 2018 season.

Cooke comes back and looks to have a larger presence on the pitch as a sophomore. She played in 19 matches as a freshman, eight of which she started. She saved her only two goals for late in the season at the SEC Tournament. Her spectacular ‘top bins’ goal from nearly 40 yards out in the SEC Championship match in the 72nd minute equalized the match that LSU would go on to win in PKs. Four days prior she scored her first goal of her LSU career in the quarterfinals against Tennessee. All in all, she totaled six points (2g & 2a) as a freshman; her assists came against Florida and South Carolina.

The LSU soccer team gets its 2019 campaign underway on Thursday afternoon with a 3 p.m. CT matchup against Villanova. The match will be streamed on YouTube.