LSU Takes on Texas in Scrimmage on Friday in Houston 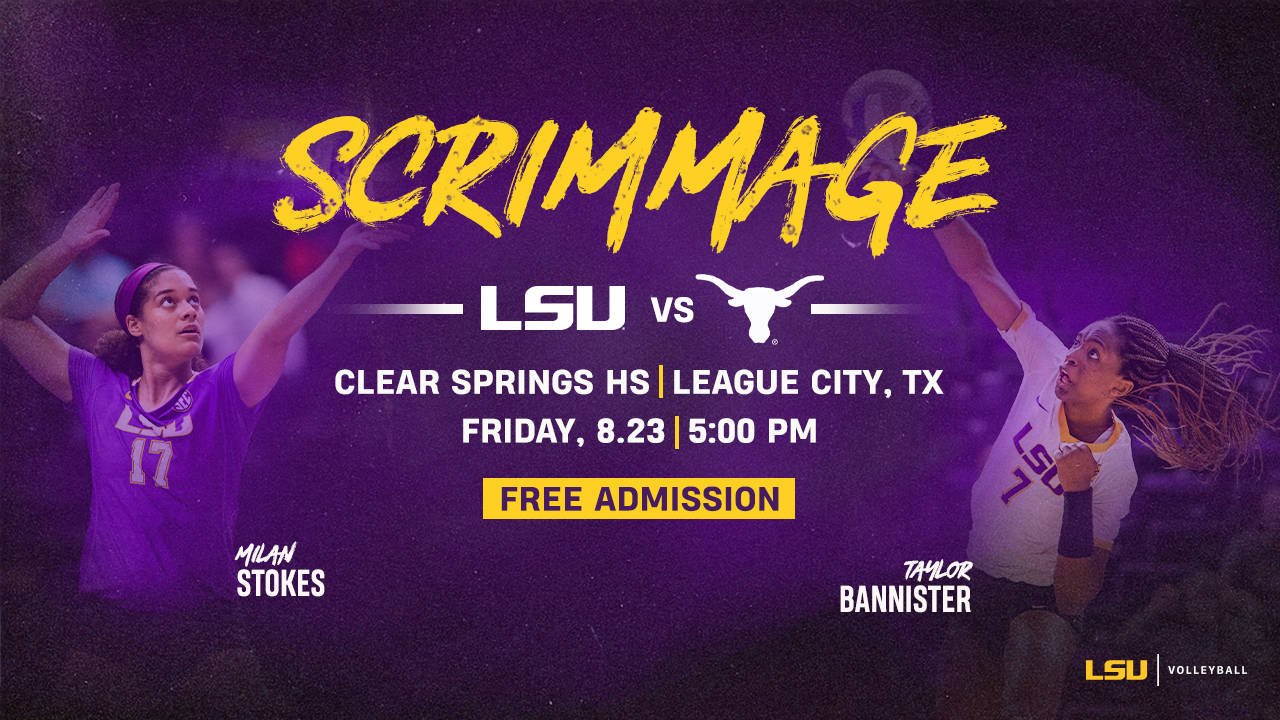 BATON ROUGE – LSU volleyball will take the court for the first time in 2019, taking on the University of Texas for a scrimmage on Friday, August 23 at 5 p.m. CT in League City, Texas at Clear Springs High School. The scrimmage is free admission for all fans in attendance.

The Tigers return All-SEC performer Taylor Bannister, who was named to the Preseason All-SEC team on July 3. She earned AVCA All-Region honors last season after recording six 20-plus kill matches, including a 36-kill match against SMU, the second-most kills in a five-set match in program history.

Raigen Cianciulli also returns in the back row. She became the fastest player to reach 1,000 digs in program history last season. Three seniors will help lead the way in Anna Zwiebel, Milan Stokes and Sydney Mukes.

The Tigers and the Longhorns have a few things in common. Before entering coaching, head coach Fran Flory experienced a successful playing career at the University of Texas. She was a member of the Longhorns 1981 AIAW National Championship squad and was a two-time team captain. She received All-Southwest Conference Second-Team and NCAA Tournament All-South Region team in 1982. Flory graduated from Texas in 1984 where she served as a student assistant before being named head coach at Wittenberg University in 1986.

Tonya Johnson, the Associate Head Coach/Recruiting Coordinator for Texas, served as LSU’s top assistant from 1998-2003 under Flory. Johnson also was a four-year letterwinner at LSU from 1987-90, helping the Tigers to Southeastern Conference titles in 1989 and 1990. She led the Tigers to the NCAA Final Four her senior season after LSU advanced to the NCAA Sweet 16 in 1989.

The Tigers will host 11 matches inside the PMAC this year. The 2019 schedule features 13 matches against Top 75 opponents and seven matches against teams that compete in the 2018 NCAA Tournament.

After the first three weekends on the road, the Tigers will open up their home schedule on September 20 and 21, facing Southern Miss and Tulane, respectively.