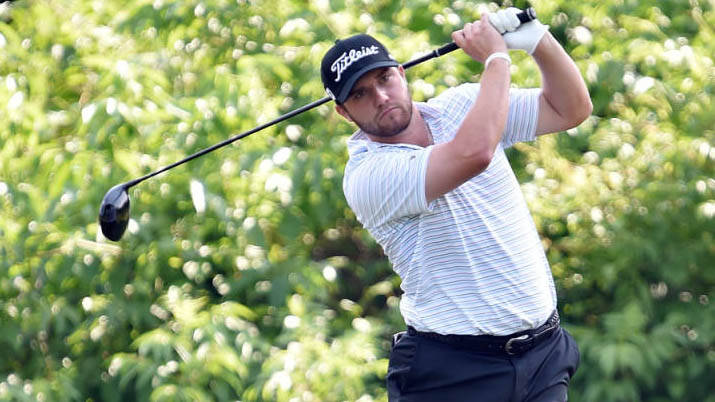 Columbus, Ohio – Ben Taylor fired rounds of 68, 69, 69, and 68 over the weekend at the Nationwide Children’s Hospital Championship that was hosted at The Ohio State University Golf Club (Scarlet) to secure his PGA Tour card for the 2019-2020 season on his way to a second-place finish at the event.

Last year, @BennyTaylor92 fell outside The 25 at our Regular Season-ending @PortlandOpen.

He has made amends in the best of ways.

His total for the week was a 10-under 274 that earned him a three-way tie for second alongside Beau Hossler and Brendon Todd, but more importantly it locked up the coveted 2019-20 PGA Tour card for the native of Leatherhead, England.

“It feels amazing,” Taylor said in an interview on pgatour.com after cementing his spot on the PGA Tour for the 2019-20 season. “It’s funny, when you see guys get their card and they don’t know what to say; I’m sort of in that same boat right now.

“I’m over the moon. I did a great job this week of staying in the present. I didn’t once think about what was going to happen this afternoon, and I’m very, very proud to say I’ve made it to the PGA Tour.”

The Korn Ferry Tour issues 50 PGA Tour cards every season and it is split up into two categories: The 25 Points List (regular season play) and The Finals 25 Points List (three-tournament postseason format). The first 25 PGA Tour cards were issued last weekend at the conclusion of the WinCO Foods Portland Open to the top 25 ranked players on the tour, and Taylor checked in at No. 45 at the end of the regular season. The Nationwide Hospital Championship was the first of three postseason tournaments that will be held over the next couple of weeks.

He has played in 20 events thus far on the Korn Ferry Tour this year and has made the cut in 13 of them. His tie for second at the Nationwide Hospital Championship was his best finish of the year, and by virtue of ‘The Finals 25’ points system, it automatically put him in the top 25 of the rankings for the postseason portion of the schedule, therefore earning him his PGA Tour card.

Two tournaments remain on the schedule for Taylor in the upcoming weeks with the Boise Open (Aug. 22-25) and the Korn Ferry Tour Championship (Aug. 30 – Sept. 2). Taylor has accomplished a lifelong dream, but solid performances at the next two tournaments could earn him more guaranteed starts on the PGA Tour next season.

Taylor was a member of the LSU men’s golf team that won the national title in 2015. He rolled in a nine-foot par putt at the par 4 18th hole to claim a 1-up victory over USC’s Bobby Gojuangco on June 3, 2015, to seal the deal on the Tigers’ fifth national championship in program history.