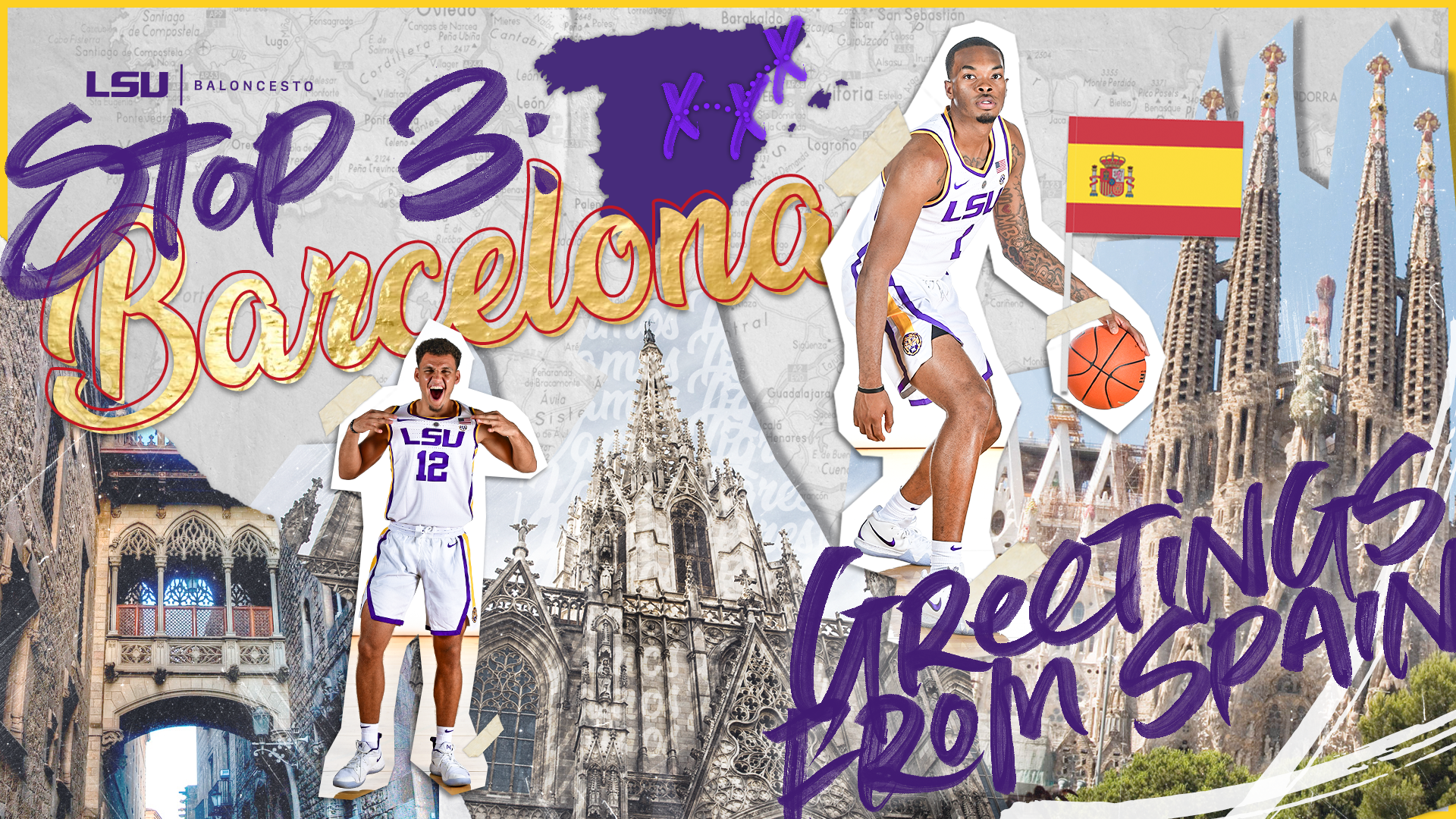 BARCELONA, Spain – The summer exhibition tour of the LSU Men’s Basketball Team rolled on Monday literally as the team embarked on a three-plus hour drive along the coast and through the mountains from Valencia to Barcelona.

Arriving at the team headquarters, Coach Will Wade said that the team will continue with the schedule as set and play the Barcelona All-Stars on Tuesday at 6 p.m. CET (11 a.m. CDT) and the FC Barcelona Silver Team at 12:30 p.m. CET (5:30 a.m. CDT) on Wednesday to conclude the four-game set that has seen the Tigers go from Madrid to Valencia to Barcelona.

The Tigers are 1-1 after a 92-88 loss to the Dominican Republic National Team, ranked 18th in the FIBA World poll, on Thursday. LSU bounced back nicely with a 111-86 win over Valencia All-Stars.

Tuesday’s contest will take place at the Pavello Joan Busquets or in English – The Joan Busquets Pavilion – which is part of the Estruch Municipal Sports Complex in Barcelona.

The Tigers were led by Emmitt Williams in the opening game of the tour with 23 points and nine rebounds, while freshman to be Trendon Watford scored 19 points and had 11 rebounds to lead LSU in the second game against Valencia.

Coach Will Wade will be looking for continued improvement on the defensive end which was improved in the Valencia game, but still called some defensive rotations “still a little bit slow.” Coach Wade did get good minutes for all 12 players dressed and 11 of the players scored against Valencia with six in double figures.

The team was expected Monday evening to go to the FC Barcelona Football (Soccer) Stadium for a tour as they prepare for two games in 18 hours Tuesday and Wednesday. The team returns to Baton Rouge Thursday night and the players will prepare as many others at LSU for the start of school on Monday.