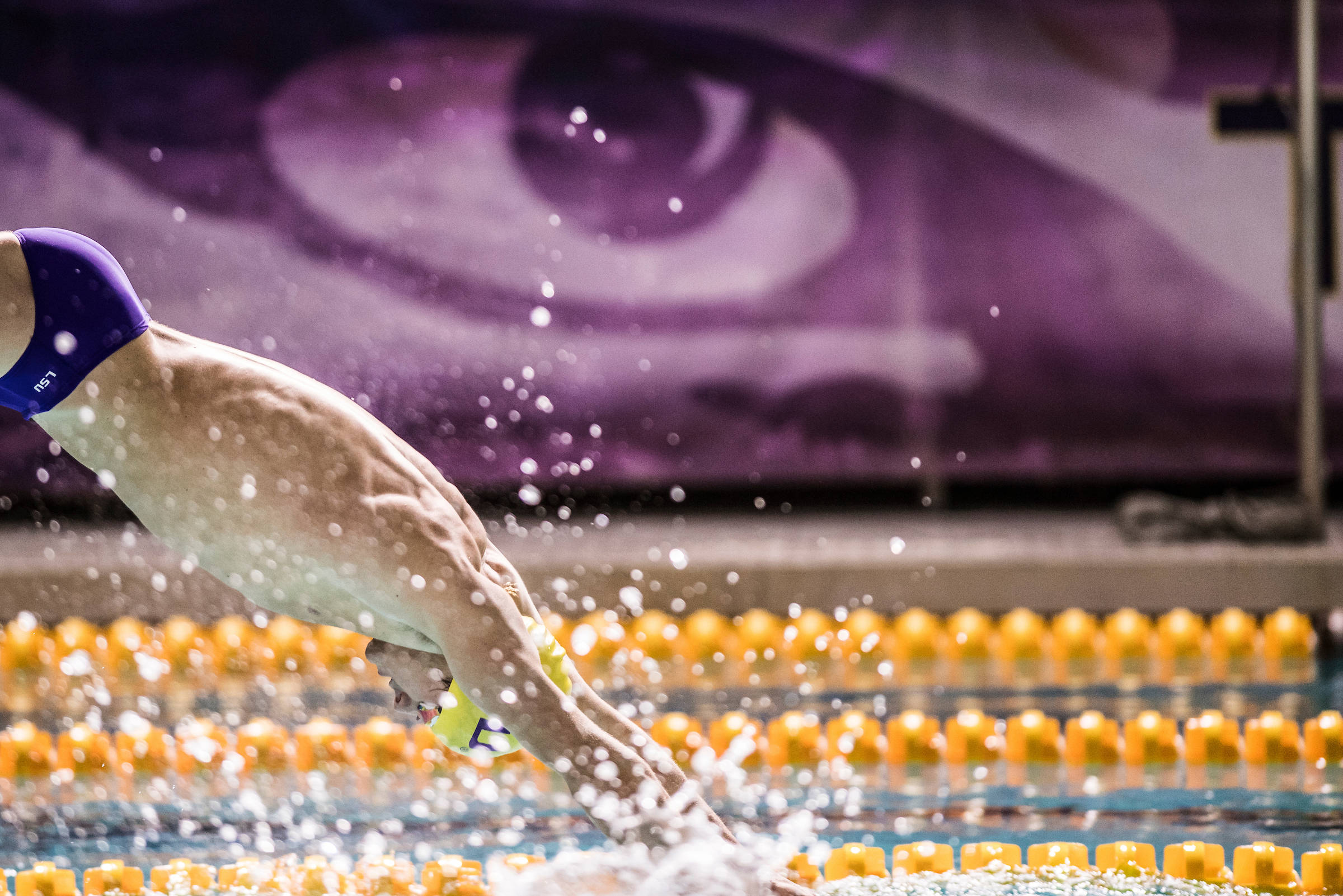 Baton Rouge – The summer of 2019 will go down as one of the most important summers in recent memory for the LSU Swimming and Diving programs. A summer full of medals and personal best times will no doubt give the Tigers momentum going into the new season.

“I think we had a couple of goals this summer,” said LSU head swim coach Dave Geyer. “First, obviously continuing to get better and faster than we were a year ago. Second, we wanted to see how many Olympic Trial cuts and qualifiers we could get. Third, take a larger group to the Phillips 66 National Championships and produce fast racing there.”

Six Tigers went on to compete at the Phillips 66 Summer National Championships in Palo Alto, California. A week of great swims was highlighted by a seventh place finish for Matt Klotz in the 100-Meter Back with a time of 55.00. His time of 54.79 in the prelims set a new Deaf World Record that he originally set at 56.06. Overall, Klotz qualified for the Olympic Trials in both the 100-Meter Back and the 50-Meter Free which he swam in 23.16 in California.

“Matt has really grown and matured as an athlete and each season leads to an even better season the next year,” continued Geyer. “He had a phenomenal morning swim to lock him into a Top-Eight Finals spot in the 100-Meter Back which was a great experience for him to have.”

Cassie Kalisz also made her mark at the National Championships. The soon to be junior finished 20th in the nation in the 200-Meter Back with a time of 2:13.77.

“Cassie did the same exact thing,” said Geyer. “She had a great prelims swim that put her in a spot to get a second swim and improve her Olympic Trials qualifying time.”

Another notable story in Palo Alto was Nicole Rozier who finished in 24th place in the 200-Meter IM with a time of 2:22.87. It was her prelims time of 2:16.65 however, that was more than enough to qualify her for the Olympic Trials.

Helen Grossman, who swam an Olympic Trial Cut time of 1:00.68 at the Louisiana State Meet in July in the 100-Yard Fly, Olivia Paskulin, and Lewis Clough also competed in California at the National Championships.

Luca Pfyffer and Karl Luht both made the trip overseas to compete on the international level. Luht placed 39th in the 50-Meter Backstroke and 38th in the 100-Meter Backstroke with times of 25.97 and 55.75 at the World Swimming Championships in Gwangju, Korea.

On the boards, the story was the same. Tigers traveled the world and competed, and won, against the best the sport of diving has to offer.

Juan Celaya-Hernandez started his summer off in Kazan, Russia in the FINA Diving World Series for his native country Mexico. Celaya-Hernandez, along with his partner Yahel Castillo earned a bronze medal in the event, kick starting what would be a very successful summer on the Three-Meter Synchro.

At the 2019 World Championships in Gwangju, Korea, the duo of Celaya-Hernandez and Castillo claimed another bronze medal for Mexico with a score of 413.94.

“Juan has grown tremendously on the international stage,” said LSU head diving coach Doug Shaffer. “When Juan came to LSU he had Olympic aspirations and we have worked hard towards that goal. His performances this summer have been a means towards that end. All his performances this summer helped him establish himself as not only one of the top competitors for Mexico, but one of the top divers in the world.”

LSU graduate Lizzie Cui, also made her mark on the international level this summer. Cui finished number eight in the world on the One-Meter at the World Championships with a score of 244.20. She then earned her second top-10 finish at the Championships in Mixed Synchro with a ninth place finish with her partner Anton Down-Jenkins.

Lizzie Cui finishes #8 in the world on the 1m springboard with a score of 244.20 at the World Championships! #ThLSUWay 🐯 pic.twitter.com/rrkjn5VMDg

“After completing her best collegiate season in which she was a double silver medalist at the SEC Championships and an All-American performance at the NCAA Championships, she went on to have her best World Championship performance of her career. Her performance put her right on track to a second Olympic berth.”

“After having to sit out her freshman year due to an injury, Anne made an incredible recovery and had a lot of success in international competitions. These competitions provided great experience and progress.”

Overall the summer was a success in the eyes of Coach Geyer.

“If you look at the product as a whole we accomplished things all three points I touched on earlier. The consistency in training availability we had at the natatorium was a big part of that. Right now we have four of our domestic athletes with Olympic Trial Cuts. I am hopeful we will add another 10 to that number over the course of the next 10 months.”