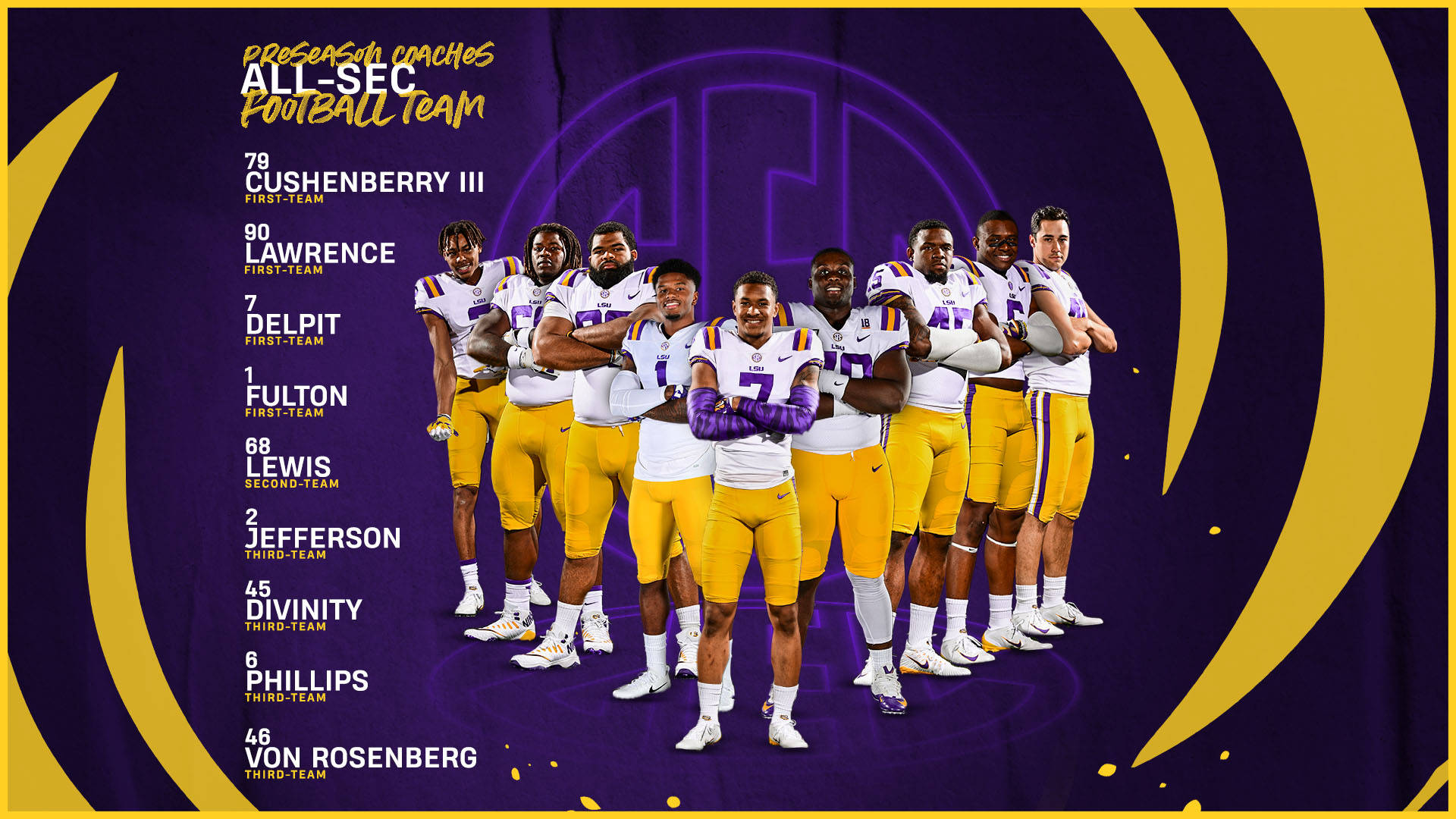 BATON ROUGE – LSU placed nine players, including four on the first team, on the 2019 Preseason Coaches All-SEC Team which was announced by the league office on Thursday.

The Preseason All-SEC squad consisted of three teams and was determined by a vote of the 14 SEC head coaches. Coaches were not permitted to vote for players on their own team.

LSU’s preseason all-conference honors include five players on defense, three on offense and one on special teams.

Cushenberry and Lewis were the only Tiger offensive linemen to start every game last year and helped power an LSU offense that averaged 32.4 points and 402.1 total yards per game. LSU also featured a 1,000-yard rusher for the sixth straight season.

Jefferson became the first player to lead the Tigers in every receiving category in the same season since Rueben Randle in 2011. Jefferson led the Tigers in receptions (54), yards (875), yards per catch (16.2) and touchdowns (6).

Delpit, who is rated as the No. 1 defensive back by USA Today going into 2019, led the SEC in interceptions with five and finished second in the league in passes defended with 14 a year ago as he earned unanimous All-America honors.

Lawrence capped his junior year in 2018 by earning defensive player of the game honors in LSU’s win over UCF in the Fiesta Bowl. He finished the season with 54 tackles, 10.5 tackles for loss, and 4.0 sacks.

Phillips is LSU’s leading returning tackler from a year ago as he recorded 87 tackles, 5.5 tackles for loss and a sack, while Fulton started 10 games at cornerback and registered 25 tackles, one interception and 10 passes defended. Fulton has been tabbed as a preseason All-America and rated as the No. 3 defensive back in college football by USA Today.

Michael Divinity Jr. finished second on the team last year in tackles for loss with 10.5. He added 54 total tackles, returned a fumble 58 yards for a touchdown against Texas A&M and had an interception.

Von Rosenberg, who earned second team All-SEC honors last year as a sophomore, ranked No. 2 in the SEC in punting a year ago with a 45.7 average on 51 punts.

LSU opens the 2019 season on Saturday, Aug. 31 against Georgia Southern in Tiger Stadium. Tickets for the Georgia Southern game as well as season ticket packages for the entire 2019 home slate and multi-game packages along with parking passes are still available and can be purchased online at www.LSUtix.net.