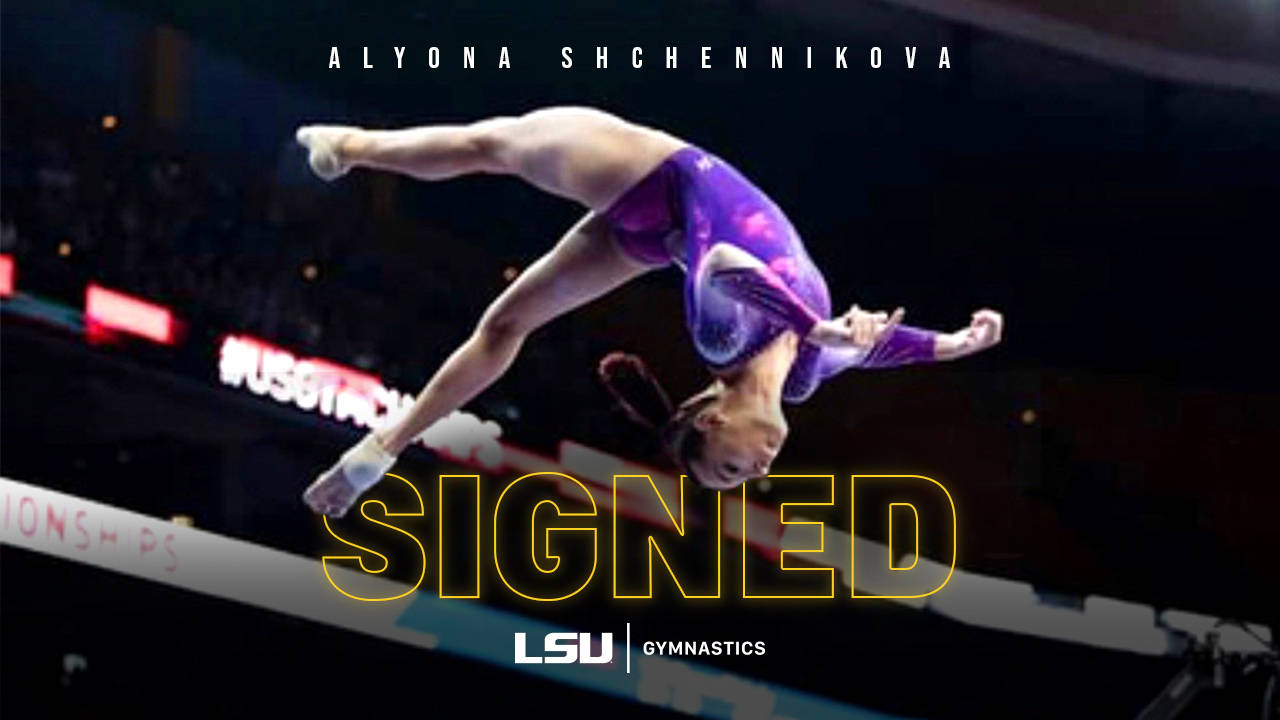 “Over the last three to four years, Alyona has been one of the best all-around contributors at the elite level in this nation,” co-head coach Jay Clark said. “She has a line and grace to her gymnastics that is unparalleled that I know of in college gymnastics. Her calling card is bars and beam, and I expect her to be a major contributor for us this upcoming season.”

A native of Evergreen, Colorado, Shchennikova has also earned top-10 finishes as a senior-level gymnast at the U.S. Classic and U.S. National Championships in 2017 and 2018. She earned the all-around title and finished with silver on bars at the 2017 U.S. Classic.

While training to make the U.S. team for the Pan American Games in June, Shchennikova ruptured her Achilles. She will continue to rehab in Baton Rouge during the fall and is expected to compete during her freshman at some point to be determined.

Shchennikova joins the incoming class of Kai Rivers, Kiya Johnson and Caitlin Smith who were announced last fall. The entire freshman class will begin training at the Gymnastics Training Facility once classes begin in late August.