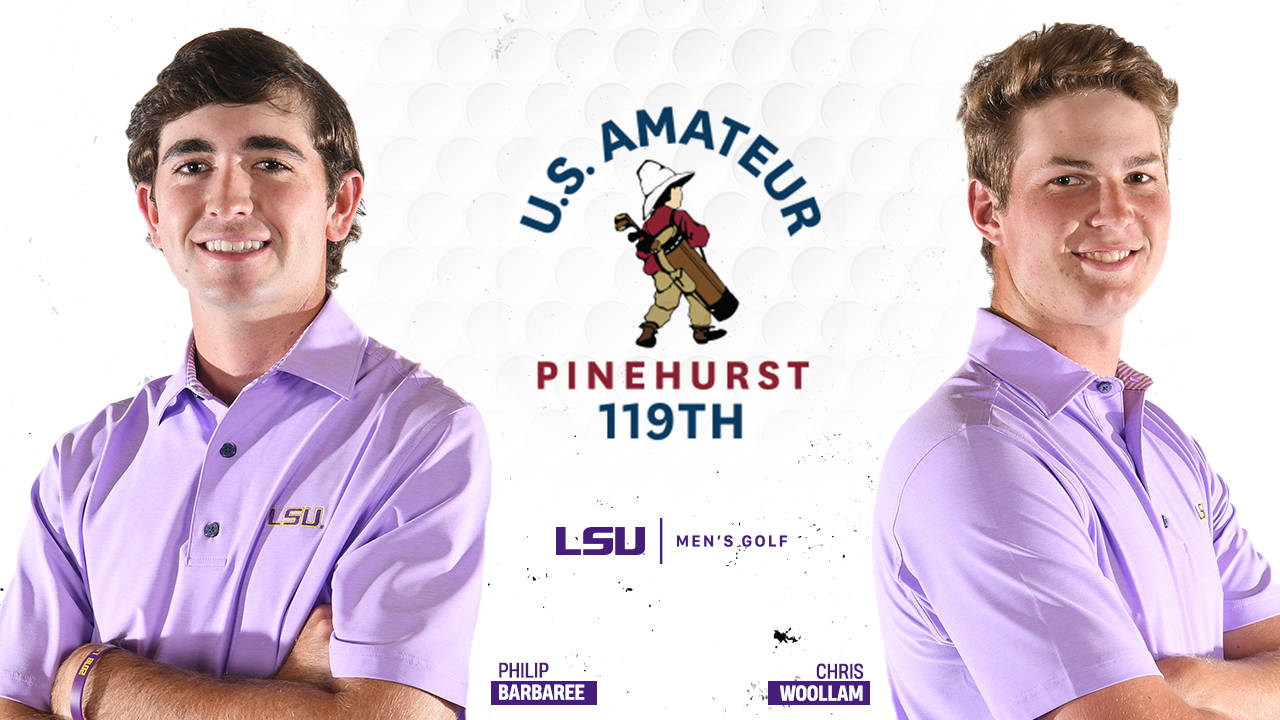 Baton Rouge, La. – Philip Barbaree and Chris Woollam will represent the LSU men’s golf team at the 119th U.S. Amateur Championship that will take place from Aug. 11-18 at the Pinehurst Resort and Country Club in Village of Pinehurst, N.C.

Barbaree and Woollam both earned their spots at the event by qualifying at sectionals in late July. For Barbaree, it will be his fifth-straight appearance at the U.S. Amateur while it will mark the debut for Woollam. Barbaree qualified for the U.S. Amateur with a 1-under 141 while playing 36 holes in one day in Houston, Texas, at the Champions Golf Club. Barbaree’s first round wasn’t so smooth as he carded a 4-over 75, but he turned right around and righted the ship with a 5-under 66 in the following round to tie for second place. The tie for second place saw him advance to a playoff in which he was the victor to clinch his spot at Pinehurst. Woollam qualified with a 36-hole score of 141 at the Chenal Country Club in Little Rock, Ark.; his 141 earned him a share of medalist honors. Woollam was one of four players to advance from that sectional.

The U.S. Amateur will feature two days of stroke play on Monday and Tuesday before match play begins on Wednesday with the Round of 64; 312 players are entered in the tournament and the top 64 after 36 holes will advance to match play. Live scoring and all info for the event can be found at usga.org. Round of 32 and Round of 16 matches will be held on Thursday and then Friday is the quarterfinals, Saturday is the semifinals, and Sunday is the championship. USGA.org, Fox Sports 1 and FOX will all cover the event at some point throughout the week beginning on Wednesday. A full television/streaming schedule can be found at usga.org.

Barbaree will be a senior for the 2019-20 season for LSU and has played in 95 career rounds for the Purple and Gold; he owns a collegiate-scoring average of 72.34 and owns nine top-10 finishes throughout his first three seasons. Woollam, a rising sophomore, played in two tournaments a year ago for LSU and earned runner-up honors at the 2018 David Toms Intercollegiate with a three-round tally of 6-under 210.