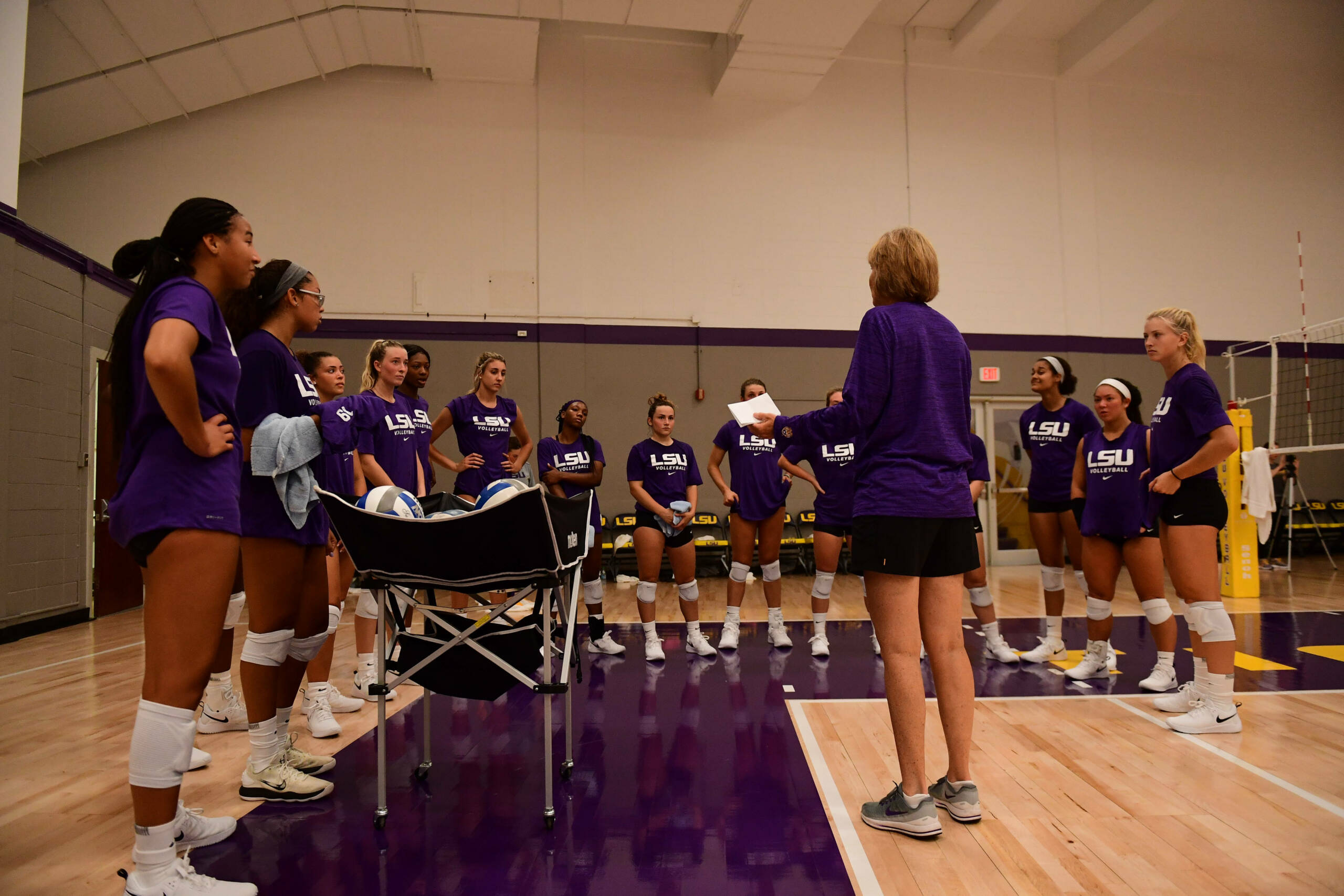 BATON ROUGE – The LSU volleyball team returned eight returners and seven newcomers to the court for the first official practice Saturday morning, marking the beginning of preseason for 2019 inside the Pete Maravich Assembly Center.

The morning practice marked the first of many in the next few weeks in preparation for the 2019 season and the squad’s first match on August 30 against UT Arlington in the Flo Hyman Collegiate Cup in Houston, Texas.

The Tigers return All-SEC performer Taylor Bannister, who was named to the Preseason All-SEC team on July 3. She earned AVCA All-Region honors last season after recording six 20-plus kill matches, including a 36-kill match against SMU, the second-most kills in a five-set match in program history.

Raigen Cianciulli also returns in the back row. She became the fastest player to reach 1,000 digs in program history last season. Three seniors will help lead the way in Anna Zwiebel, Milan Stokes and Sydney Mukes.

Preseason officially began Friday as the team received their equipment for the season and went through meetings. Preseason will consist of a three-week stretch of practices and other team activities. The first official day of school on Monday, August 26, will lead the Tigers into their first weekend trip of the year, heading to Houston.

The Tigers will host 11 matches inside the PMAC this year. The 2019 schedule features 13 matches against Top 75 opponents and seven matches against teams that compete in the 2018 NCAA Tournament.

After the first three weekends on the road, the Tigers will open up their home schedule on September 20 and 21, facing Southern Miss and Tulane, respectively.