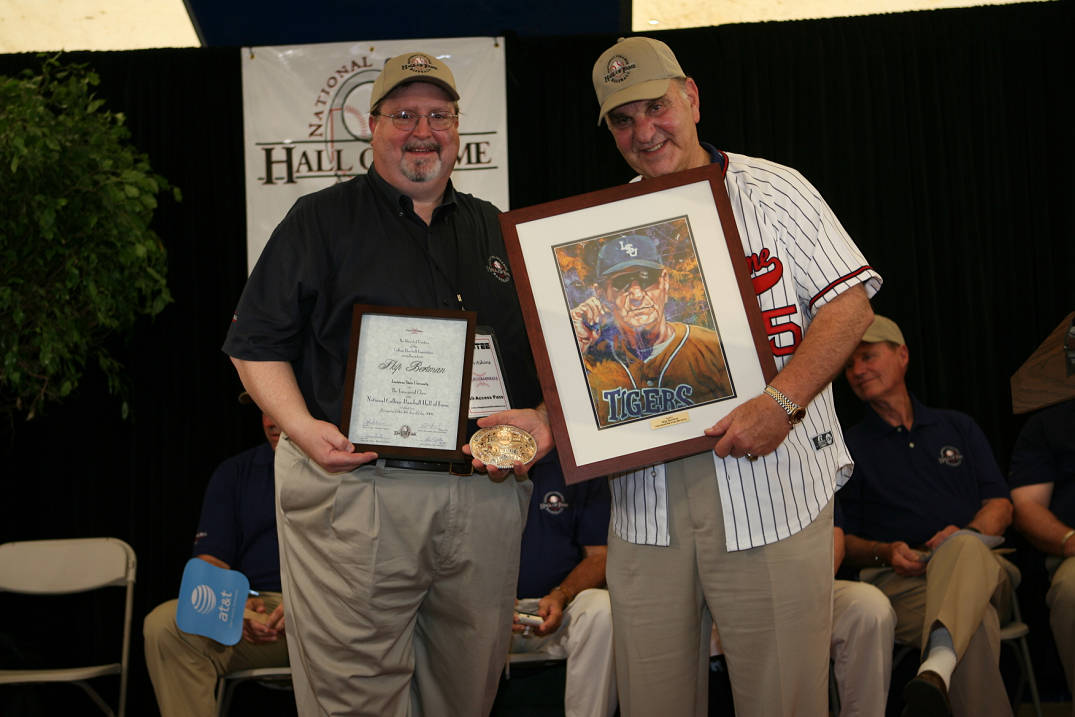 “Choosing Baton Rouge for our biggest night was an easy decision,” said Mike Gustafson, president and CEO of the College Baseball Foundation. “We know it’s a large and passionate fan base for college baseball. They have convinced us that this year’s festivities will be memorable for all who love the sport.”

The event will take place on Saturday, Nov. 2, at the Raising Cane’s River Center Ballroom, which overlooks the Mississippi River in downtown Baton Rouge. Details about the weekend can be found at CBFNightofChampions.org.

The gala event features the inductions of the class of 2019 into the National College Baseball Hall of Fame. This year’s inductees will join the 93 individuals who have been honored since the inaugural ceremony in 2006. Voting is underway and the honorees will be revealed the week of Aug. 19.

“We thank the College Baseball Foundation board for singling out our city for this premier event, which is expected to draw more than 500 baseball fans to our region,” said Patrick Coogan, CEO of SportsBR, which is overseeing the festivities. “We showed the foundation that Baton Rouge is becoming a destination for sports of all types, and that college baseball and our city fit hand in glove.”

The College Baseball Foundation has a treasured history with Baton Rouge and Louisiana, having presented the Skip Bertman Award since 2013. They honored the Tigers’ Alex Bregman with the 2013 Brooks Wallace Award and Aaron Nola won the National Pitcher of the Year award in 2014. Southern University’s Danny Goodwin and Lou Brock are National College Baseball Hall of Fame inductees, as are LSU players Todd Walker, Ben McDonald and Eddy Furniss.