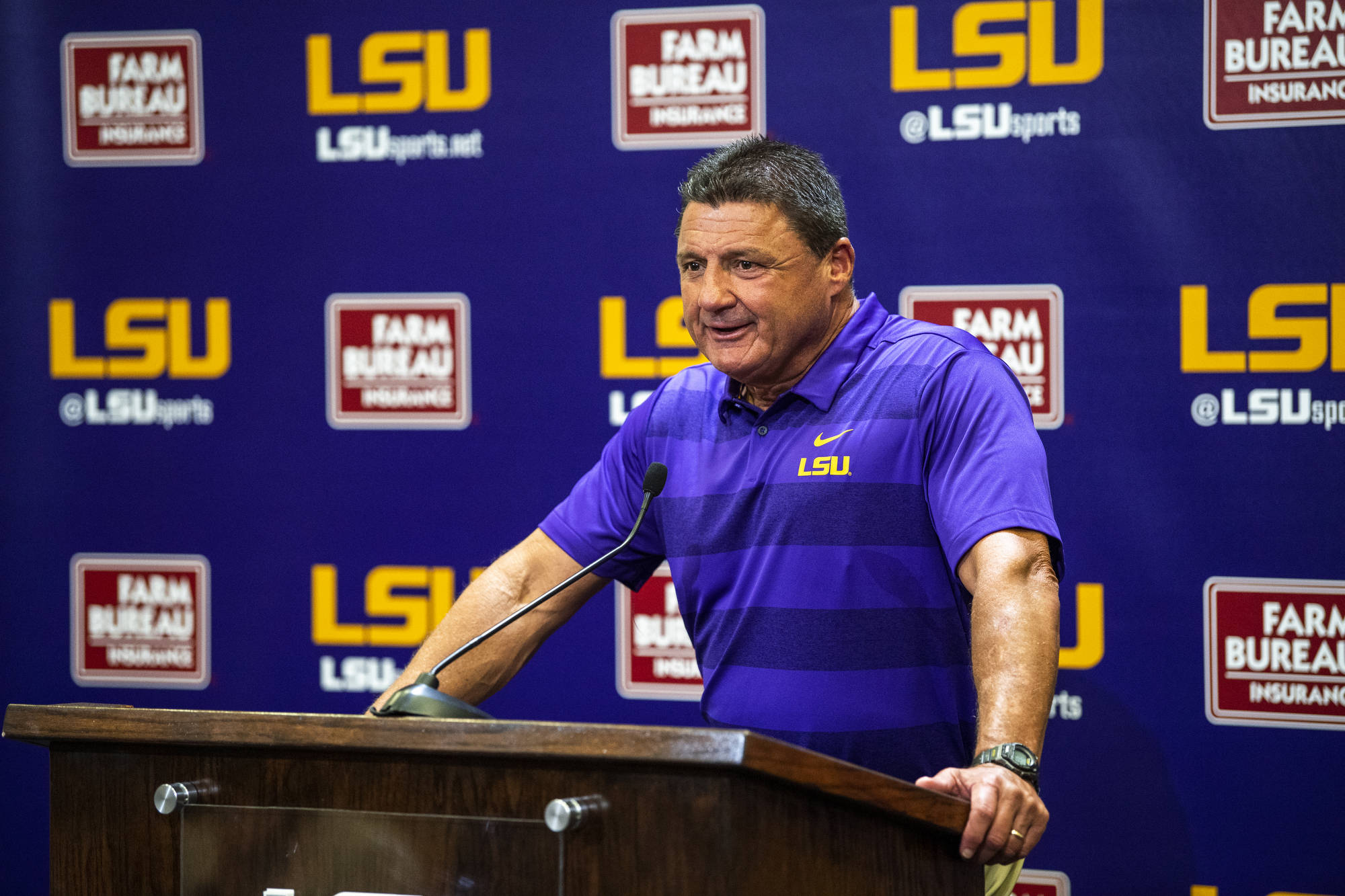 LSU opens the season on Saturday, August 31 against Georgia Southern in Tiger Stadium.

On Thursday, the Tigers spent the day going through a series of meetings, physicals, and getting fitted for equipment as they prepare for the first day of practice, which takes place on Friday.

“The guys are in good spirits and ready to go,” Orgeron told members of the media on Thursday afternoon. “We’re excited about the offense and the guys that we have coming back. The focus in camp is going to be the line of scrimmage and getting better on the line of scrimmage – discipline, eliminating pre-snap penalties, pass protection and run blocking. We have to develop a great offensive line.

“On defense, we’ve got a lot of talent and a lot of speed. We have to figure out ways to make tackles in the backfield and sacks. We want to be more aggressive in the things that we do.”

LSU returns 45 letterwinners (23 offense, 19 defense, 3 special teams) from last year’s squad that posted a 10-3 overall mark and capped the season with a 40-32 win over UCF in the Fiesta Bowl. LSU finished the year ranked No. 6 in the nation.

Orgeron noted on Thursday that defensive line coach Dennis Johnson suffered a severe knee over the summer playing basketball and will not be able to be on the practice field with the Tigers for the time being. Instead, Kenechi Udeze will work with the defensive line, along with Orgeron, and graduate assistant Christian LaCouture.

“Dennis will do the job upstairs coaching in the meeting room, but it’s impossible for him to coach the defensive line on the field,” Orgeron said of Johnson, who is confined to a wheelchair at the moment. “We wish Dennis a speedy recovery. He’s a great young man. He can’t walk right now, but he’s fighting through it and he will be okay.

The Tigers are scheduled to have 25 practices, which includes three “preseason games” before facing Georgia Southern in the season-opener.

The Tigers are scheduled to practice in shorts and helmets on Friday and Saturday followed by helmets and shoulder pads on Sunday, shells on Monday and then full pads for the first time on Tuesday. LSU’s first scrimmage of training camp is scheduled for Saturday, August 10 in Tiger Stadium.