Notebook: Tigers Aim to Improve Both Lines in Camp 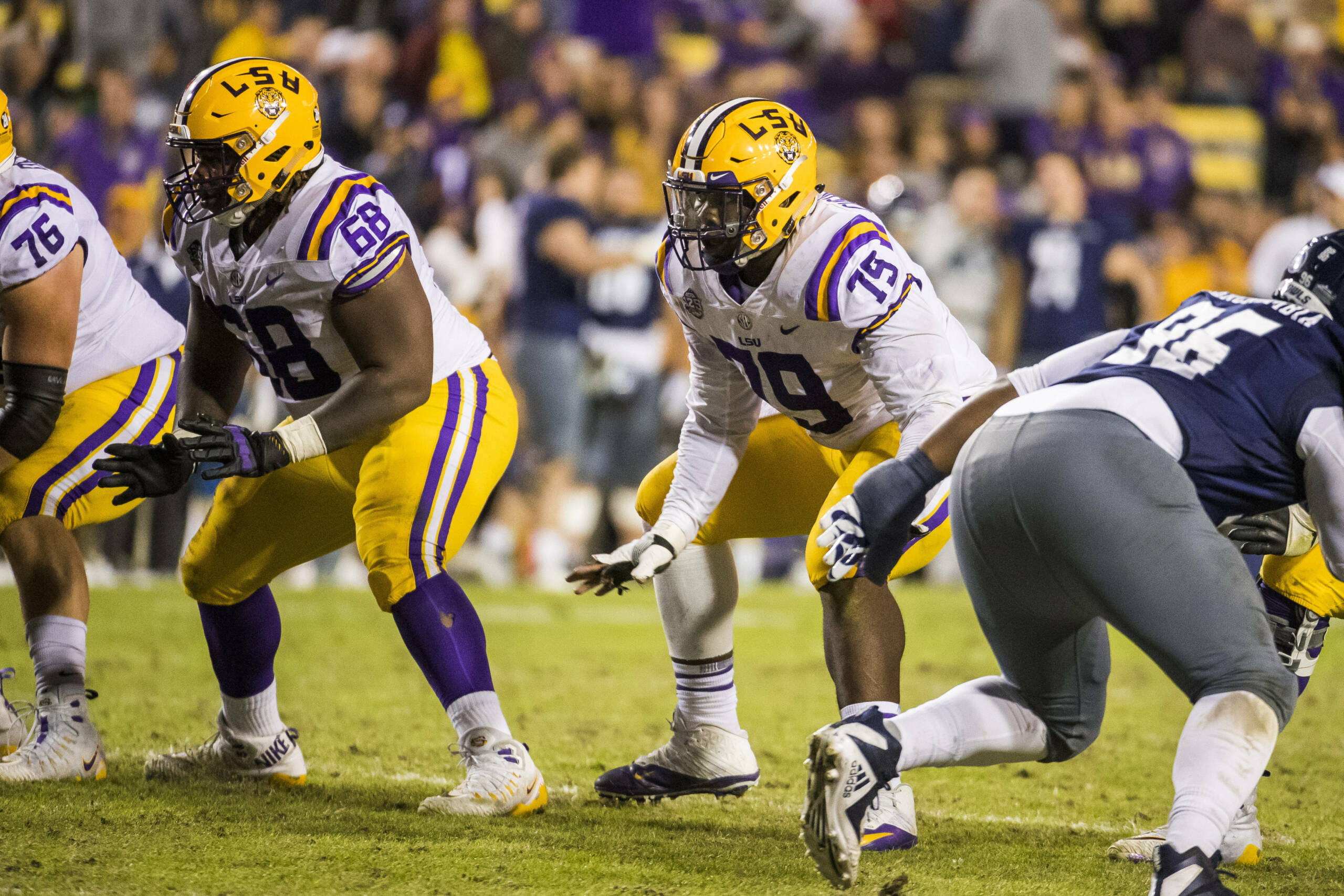 His message was clear: LSU has to get better in the trenches. The depth is better on both the offensive and defensive fronts, but Orgeron wants his big boys to be better in 2019.

The Tigers bring back 89 percent of their scholarship snaps on the offensive front from a season ago. Center Lloyd Cushenberry and right guard Damien Lewis each earned preseason All-SEC honors last month at SEC Media Days.

Austin Deculus and Sahdiiq Charles each return as starters at right and left tackle, respectively, but Orgeron wants both to take steps forward this season, while keeping an eye on a wide open battle at left guard featuring Chasen Hines, Kardell Thomas, and Adrian Magee.

“We talked about Austin has to get better,” Orgeron said. “We talked this morning about Badara Traore being the third tackle, both right and left. We thought he had a great summer. We think Anthony Bradford has elite talent. Anthony Bradford has elite strength. We went over the things he did this summer with Tommy Moffitt. We’re looking forward to him having an excellent camp.”

On the other front, Orgeron has freshman Siaka “Apu” Ika and sophomore Tyler Shelvin battling to start in the 3-4 nose guard spot, while Breiden Fehoko, Rashard Lawrence, and Glen Logan will fight for two spots as 4-3 tackles or 3-4 ends.

Whoever wins out will be playing in a system featuring less reacting and more attacking.

“This year, we’re going to be attacking, getting off, making plays in the backfield, stunting more,” Orgeron said.

The good news: both fronts feature far more bodies than just a couple of seasons ago.

“I can remember two camps ago when we didn’t have two lines and Coach (Jeff) Grimes did a tremendous job as a coach at getting them ready,” Orgeron said. “Now, we’re three deep, We’re developing guys. They’re competing, and we’re three deep on the defensive and offensive line. We have a lot more depth there. We’re developing guys, so we’re going to have guys come along this year.”

Orgeron is eyeing two true freshmen in the race to start at tailback for LSU.

Clyde Edwards-Helaire, Lanard Fournette, and Chris Curry are the veterans in the room, but John Emery and Tyrion Davis-Price will push for snaps and carries, too. Orgeron was pleased with both after their summer workouts.

“Outstanding,” he said of the incoming backfield duo.

Lots of positions up for grabs this fall. Here are a few Coach O is keeping an eye on.
– Nose tackle
– 4-3 defensive tackles
– Green team
– Tailback
– Left guard pic.twitter.com/eaPcJA7adz

“Outstanding workmen, Outstanding athletes. Elite in talent. Both of them are a little bit different, but elite in the things they can do.”

At kicker, Orgeron hopes freshman Cade York can step in and replace Cole Tracy, who left LSU as the NCAA record-holder for career field goals made. He also hopes Avery Atkins, a kickoff specialist last season, can help offset the loss of pooch punter Josh Growden.

“Avery Atkins has been punting and he’s going to give Zach (Von Rosenberg) a run for his money,” Orgeron said. “There’s going to be a big battle there.”

One position change of note is the move of Stephen Sullivan from wide receiver to tight end. The senior bought into the switch after passing game coordinator Joe Brady showed him clips of a former NFL star at the position.

“I think watching Jimmy Graham plays with Joe Brady kind of showed us that we can do the same things that (the Saints) did with Jimmy Graham,” Orgeron said. “Stephen, I’m not saying he’s (Graham), but we’re running the same types of plays and he’s the same type of player. I think he’s totally bought into that.”

Orgeron announced Thursday that defensive line coach Dennis Johnson had suffered injuries to both knees playing basketball and is currently in a wheelchair while he recovers.

That means Johnson won’t be able to coach on field, so Orgeron will assume some of the defensive line coaching duties, as will analyst Kenechi Udeze and grad assistant Christian LaCouture.