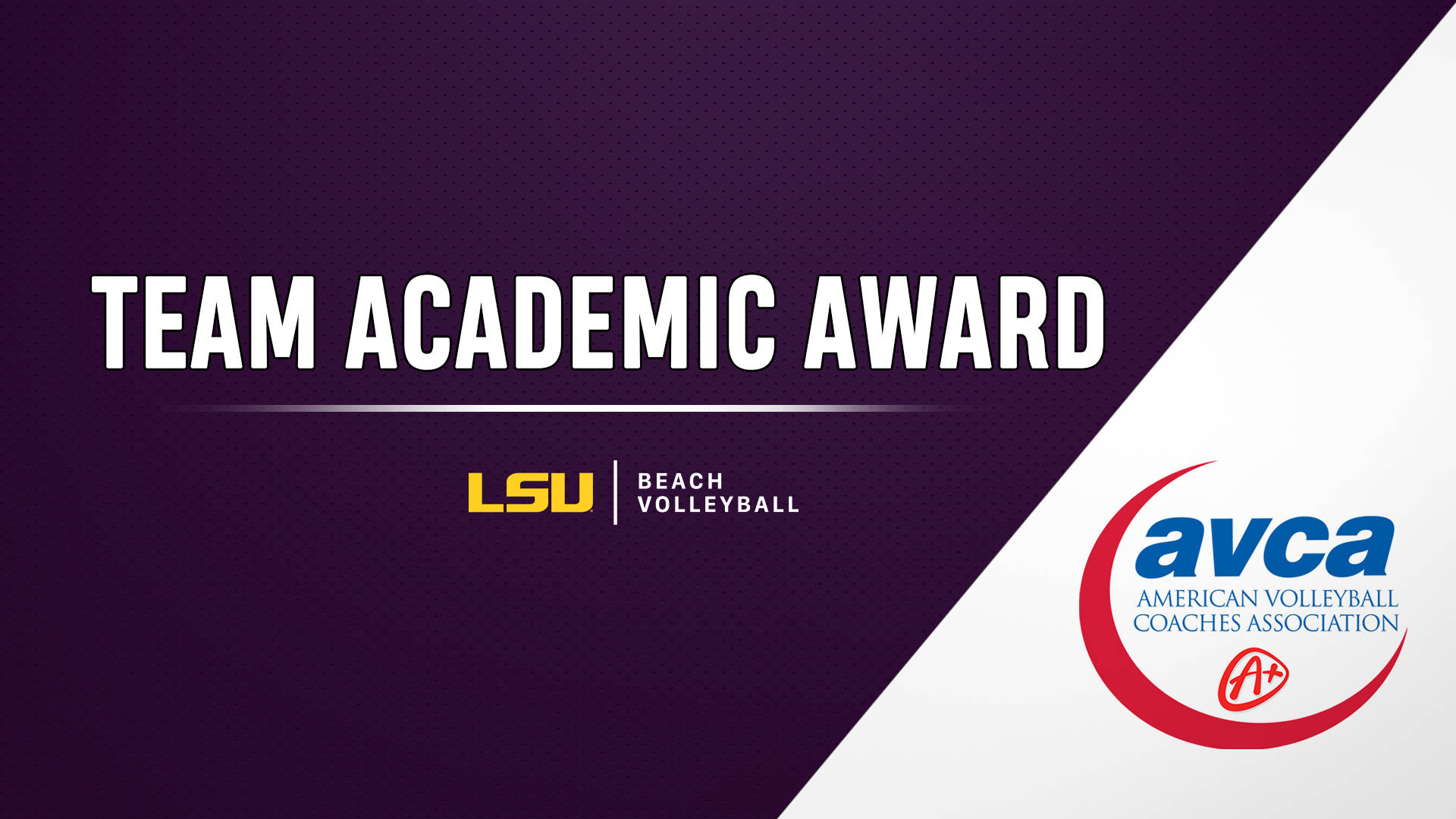 BATON ROUGE– For the fourth consecutive year, the LSU Beach Volleyball team has been named a recipient of the AVCA Team Academic Award with a 3.572 cumulative team GPA during the 2018-19 academic year.

The award honors men’s and women’s teams from both the high school and collegiate levels who, as a team, maintained at least a 3.30 GPA on a 4.0 grading scale. The number of teams to receive the award every year has continued to steadily climb over the past decade with a new record of 1,126 teams earning it this year. Of those teams, 41 are from collegiate beach volleyball.

Under coach Brock, the Tigers have excelled in the classroom and on the courts. In his three years as the head coach, along with earning the AVCA Team Academic Award, LSU has been to the NCAA Championship tournament all three seasons, finishing as the No. 3 team in the nation in 2019.

“To have a group of athletes together in one spot that can be super successful when they play the sport, but also value and aspire to be great in the classroom – we’ve clearly got a great group who are special in that way,” said Brock.

The AVCA Team Academic Award is the single largest award offered by quantity of schools, players, and coaches honored. Since the 2000-01 season, the number of recipients has increased in all but two years.