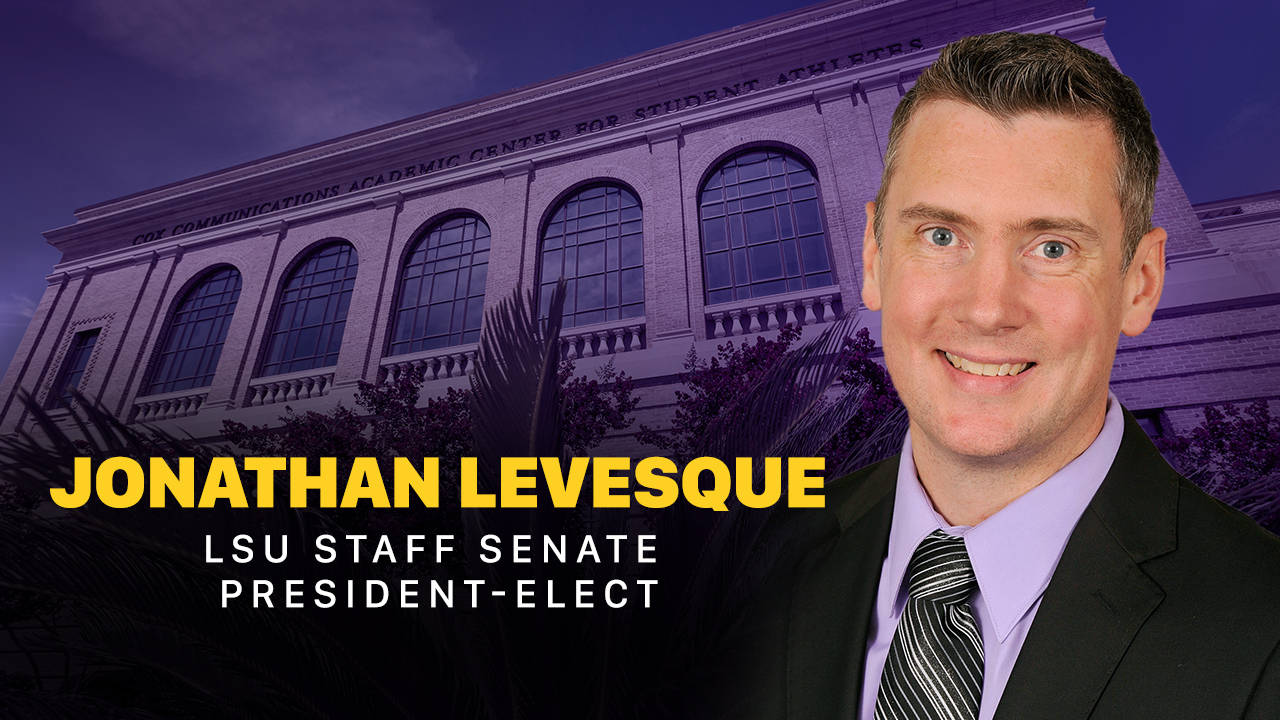 BATON ROUGE – The LSU Staff Senate Executive Committee announced the election of Jonathan Levesque as Staff Senate President-Elect. Levesque is the IT Manager and Building Coordinator of the Cox Communication Academic Center for Student-Athletes. Levesque will serve as President of the Staff Senate in 2020-21 and continue as a past president until his term ends in 2022.

“Serving on the LSU Staff Senate provides a wonderful opportunity to communicate and collaborate with campus leaders,” Levesque said. “We strive to have a profoundly positive impact on the strategic direction of the University we love.”

Levesque earned a Bachelor’s Degree in Business Management from LSU in 2008, and gained valuable experience in many areas before returning to his alma mater in 2012.

As Technology Coordinator of Redemptorist High School, where he acted as the single point of contact for all technology needs, Levesque wrote the school’s technology plan and installed a new network infrastructure.

In his role with Xspedius Communications in Lake Charles, LA., he served as the Senior NOC Technician and gained experience in both customer service and troubleshooting.

Levesque specialized in resolving trouble tickets for customers while at Worldcom in Cary, N.C., where he was cited as a top employee in every employee evaluation.

He was also a third class Electronics Technician serving on the USS Pittsburgh while in the U.S. Navy, and was recognized during an inspection for being one of the best in the fleet because of his maintenance and operation of submarine communication gear.

Most recently, the LSU alumnus has been a member of the LSU CCACSA staff since January 2012 where he has led several building improvement projects. He also implemented new educational technology initiatives that helped CCACSA earn the 2016 Models of Excellence award from University Business magazine.

“I am delighted and humbled by my election, as Staff Senate President,” Levesque said. “I will be a tireless advocate for our wonderful staff at LSU and look forward to working on their behalf.”