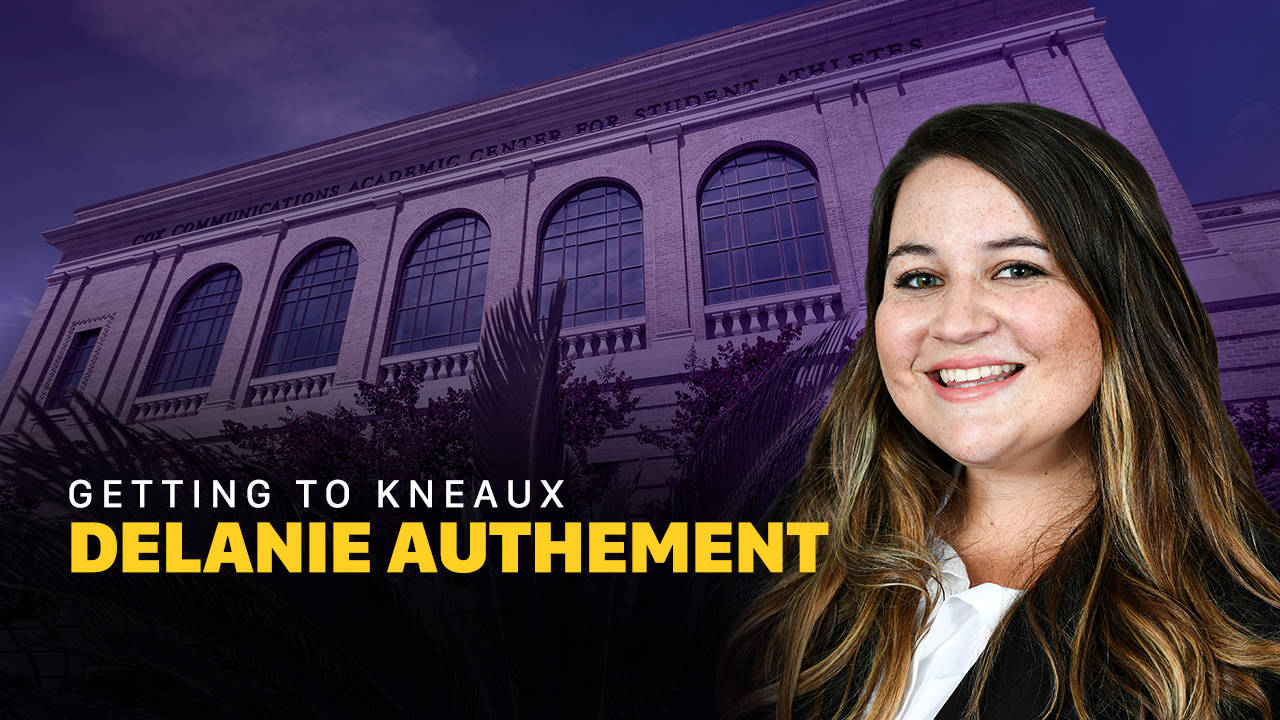 BATON ROUGE – The Cox Communications Academic Center for Student-Athletes has announced the hiring of LSU alumna Delanie Authement as an academic coordinator for the department.

Authement holds a bachelor’s degree in Sport Administration as well as a master’s degree in leadership and human resource development from LSU, which she recently completed in May of 2019.  She has been working with at the CCACSA since September 2014 as an intern and graduate assistant and will take on an expanded role in the department in her new position.

“I am thrilled to have Delanie join our team as an academic advisor,” said Kirstin DeFusco, CCACSA associate director of academic affairs. “She has been an auxiliary member of this team since she was an undergraduate student as an intern. Her passion for helping young adults and strong work ethic has carried her through each position at CCACSA. She purposefully involved herself in many different facets of our department in order to increase her knowledge of student-athlete support services. We have watched her grow both in this profession and personally through these diverse experiences. Delanie is a compassionate, trustworthy, and hardworking individual; her students and our department will improve immensely with her addition.”

Hailing originally from south Louisiana, Authement began her professional career as an intern in academic affairs for the Cox Center for Student-Athletes in September 2014 where she assisted in the preparation of academic plans of 120 student-athletes across all sports and also helped 30 at-risk students by creating weekly schedules for them. Additionally, during the summer of 2015, she interned with Collegiate Baseball League Europe where she streamlined communications between the 80 players, coaches and staff to create a more organized schedule and quality customer service for the league while maintaining player bios and photographs for each roster.

In 2016, Authement was named as a content and strategy tutor for the Cox Center where she conducted private tutoring sessions with athletes of all sports, set-up customized studying plans to cater to each individual athlete as well as assisting each athlete by integrating new learning strategies to benefit their note-taking and memorization among other things. The following year, she began her graduate assistantship where among other duties, she facilitated study hall for at-risk upperclassmen football student-athletes while also showcasing the facility for prospective student-athletes and their families.

Authement has furthered her professional development by assisting with coordination of the CCACSA Drive In Conference since Spring 2015, and assisted with the Summer Bridge Curriculum Program in 2018. Nationally, she was selected to attend the NCAA Emerging Leaders Seminar in February 2019, and assisted with hosting the 2017 N4A regional conference.

When she is not in the CCACSA tutoring LSU student-athletes, Authement is a member of the N4A organization, a volunteer for the American Red Cross, a member of the Phi Sigma Theta National Honor Society, and a part of Big Buddy Baton Rouge.