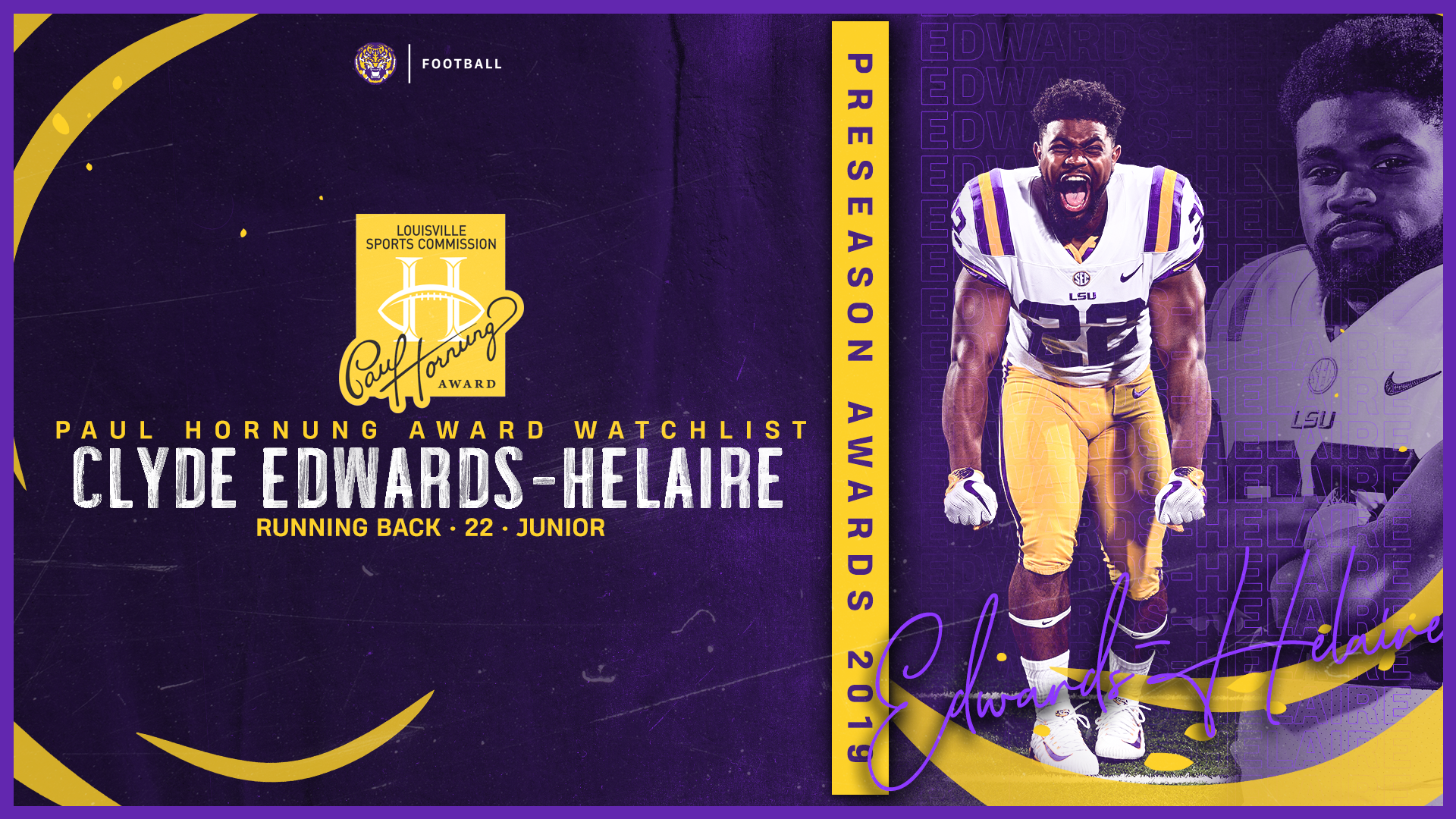 BATON ROUGE – LSU running back Clyde Edwards-Helaire has been named as a preseason candidate for the Paul Hornung Award, the Louisville Sports Commission announced on Thursday.

The Paul Hornung Award, now in its 10th season, is given annually to the most versatile player in major college football by the Louisville Sports Commission and football legend and Louisville native Paul Hornung.

Edwards-Helaire, a junior from Catholic High School in Baton Rouge, finished second on the team in rushing last year with 658 yards and seven TDs. He also ranked fifth in the SEC in kickoff return yards (416) and kickoff return average (24.5). He also led the Tigers and finished No. 11 in the league in all-purpose yards with 1,170, an average of 90.0 yards per game.

Edwards-Helaire had his best game as a Tigers in the win over No. 2 Georgia last year, rushing for 145 yards in the victory over the Bulldogs. Edwards-Helaire also rushed for 136 yards and a pair of touchdowns in LSU’s win over Louisiana Tech last season.

Edwards-Helaire is also a preseason candidate for the Maxwell Award.

LSU opens training camp for the 2019 season on August 1 when the players report to campus with the first practice slated for the following day. The Tigers open their season on Saturday, August 31 against Georgia Southern in Tiger Stadium.