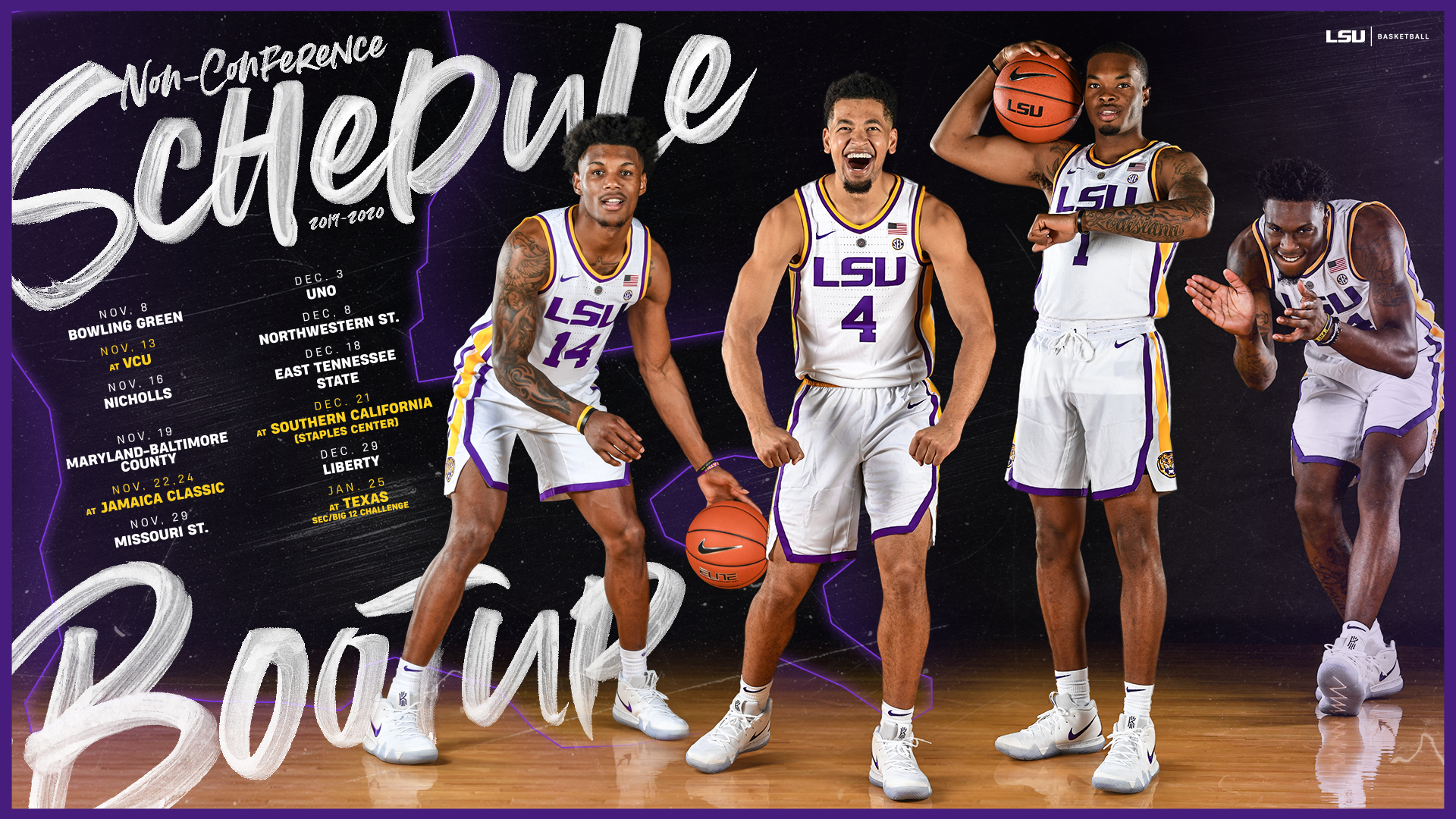 BATON ROUGE – With the announcement Thursday of the official pairings for the SEC/Big 12 Challenge, LSU’s non-conference schedule for the 2019-20 men’s basketball season has almost been put in place.

Coach Will Wade’s Tigers will play a minimum of seven non-conference teams that won 20 or more games last year and six appeared in post-season tournament games.

The Tigers are back in the SEC/Big 12 Challenge after a two-year absence and will travel to Austin to take on the University of Texas in the series of 10 games set for Jan. 25, 2020. The Longhorns won 21 games a year ago and won the post-season NIT in New York to close out their season.

The Jersey Mike’s Jamaica Classic is expected to announce its schedule soon but LSU is expected to play Utah State (28 wins, NCAA Tournament) in that two-game event Nov. 22 and 24.

The defending SEC Champions will open the 2019-20 season on Friday, Nov. 8, in the Pete Maravich Assembly Center against Bowling Green, a team that won 22 games a season ago.

The first road test will be in the second game of the season on Nov. 13 at VCU, a potential Top 25 team, after 25 wins a year ago (16 at the Siegel Center which seats 7,500). The Rams also advanced to the NCAA Tournament in 2019. Coach Wade coached at VCU for two seasons before coming to LSU and VCU will return the game in the early part of the 2020-21 season.

The remainder of LSU’s home schedule will have LSU hosting Nicholls on Nov. 16, Maryland-Baltimore County (Nov. 19, 21 wins in 2018-19); and Missouri State on Nov. 29. The Nicholls and UMBC games are part of the games scheduled on the mainland as part of the Jamaica Classic.

The December home schedule will have the Tigers playing UNO (Collegeinsider.com post-season play a year ago) on Dec. 3 and Northwestern State Dec. 8 before the break for final exams. The Tigers will then host East Tennessee State on Dec. 18 (24 wins and a Collegeinsider.com appearance in 2019) and conclude the December schedule on Dec. 29 against Liberty, a team that had 29 wins and an NCAA Tournament win a season ago (defeating Mississippi State).

LSU will also take part in an already announced Naismith Memorial Basketball Hall of Fame doubleheader on Dec. 21 at the Staples Center in Los Angeles against USC. Tickets for that game are on sale at AXS.com.

Also already announced is an exhibition game for tornado recovery efforts that will take place on Nov. 2 in Ruston against Louisiana Tech. Tickets for the exhibition game are also available now on the LA Tech website — LATechSports.com/Tickets.

Home game times and television/streaming video broadcasts networks of LSU Basketball games will be announced in the weeks ahead as well as the league schedule. LSU ticket information for the 2019-20 season can be found at LSUtix.net.