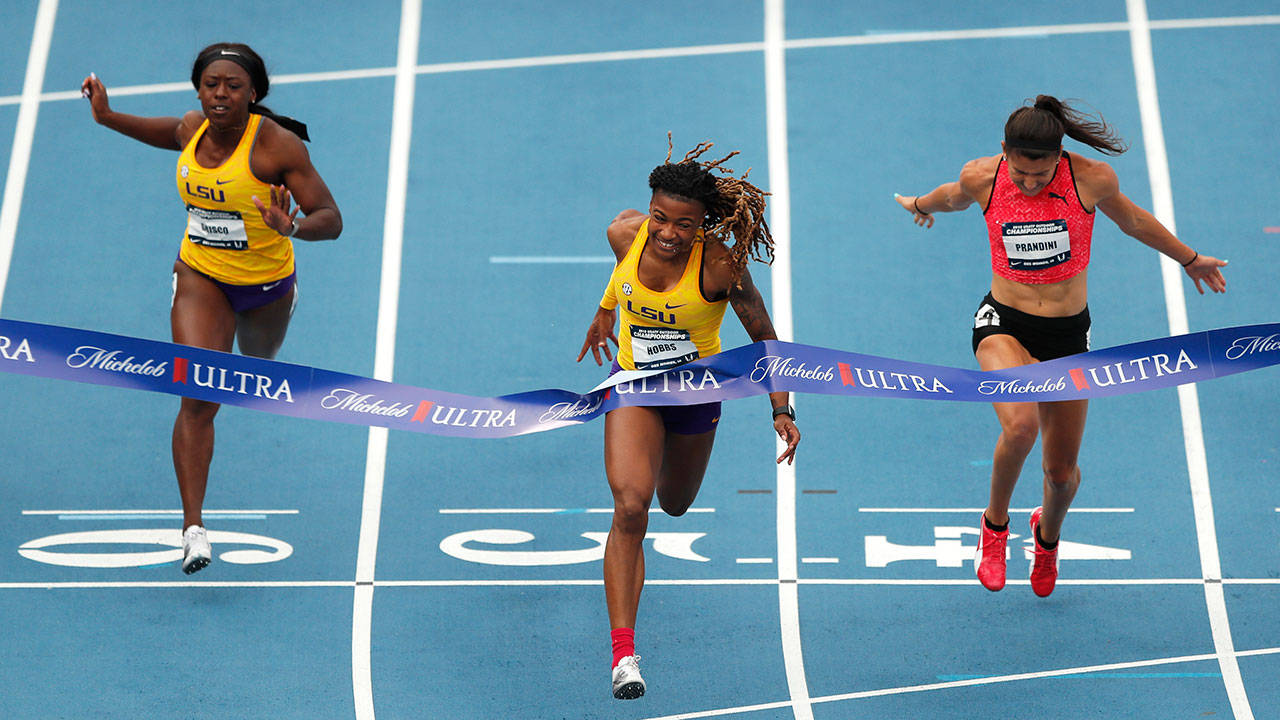 Baton Rouge, La. – Thirteen athletes who have worn the Purple and Gold for the LSU track and field program are set to compete at the 2019 USATF Championships this weekend in Des Moines, Iowa, at Drake Stadium. Bids to represent the United States at the 2019 IAAF World Championships later this year in Doha, Qatar, are on the line.

Athletes must finish in the top three of their event, in most cases, to earn the right to represent the Red, White and Blue on the world stage this October. The four-day meet USATF meet will begin on Thursday and run through Sunday. The whole meet will be streamed on NBC Sports Gold and Friday, Saturday and Sunday’s action will have live television coverage. Friday’s action will air on NBC Sports Network from 6-8 p.m. CT, Saturday will have coverage on NBC from 3-5 p.m. CT, and Sunday will have two TV windows with action airing on NBC Sports Network from 6-7 p.m. CT and NBC closing it out from 7-8 p.m. CT.

The event with the most LSU alums is the women’s 100 meter dash. Aleia Hobbs, Mikiah Brisco, Sha’Carri Richardson and Kortnei Johnson will all compete in that event. Hobbs is the reigning U.S. champion in the 100 meters as she clocked a time of 10.91 to win the title in 2018; her season best wind-legal time of 11.03 has her ranked sixth in America this year. Richardson owns the fastest time by an American this year with a 10.75 that she ran at the NCAA Championships to win a national title. The time of 10.75 is No. 3 in the world for 2019 and it is the ninth fastest in world history. Brisco, who has competed for the United States on the world stage, and Johnson will round out LSU’s four women’s sprinters in the 100 meters. The first round of the 100 meters will take place on Thursday, and then the semis and finals will take place Friday evening. Brisco and Richardson will also be competing in the 200 meters; Richardson is America’s No. 2 sprinter this season in the 200 with a career best of 22.17.

In the throws, Rodney Brown and Tzuriel Pedigo will take top-10 national marks into the meet. Brown has a season best discus throw of 64.60 meters (211′ 11”) to rank him fifth nationally, and Pedigo, who is a current member of the LSU track and field team, is the sixth-ranked javelin thrower in the country with a personal best heave of 76.14 meters (249′ 10”).

Two of the best 400 meter runners in school history, Michael Cherry and Vernon Norwood, will compete in their primary event, and Lynnika Pitts will jump in the triple jump. A full competition schedule is listed below.