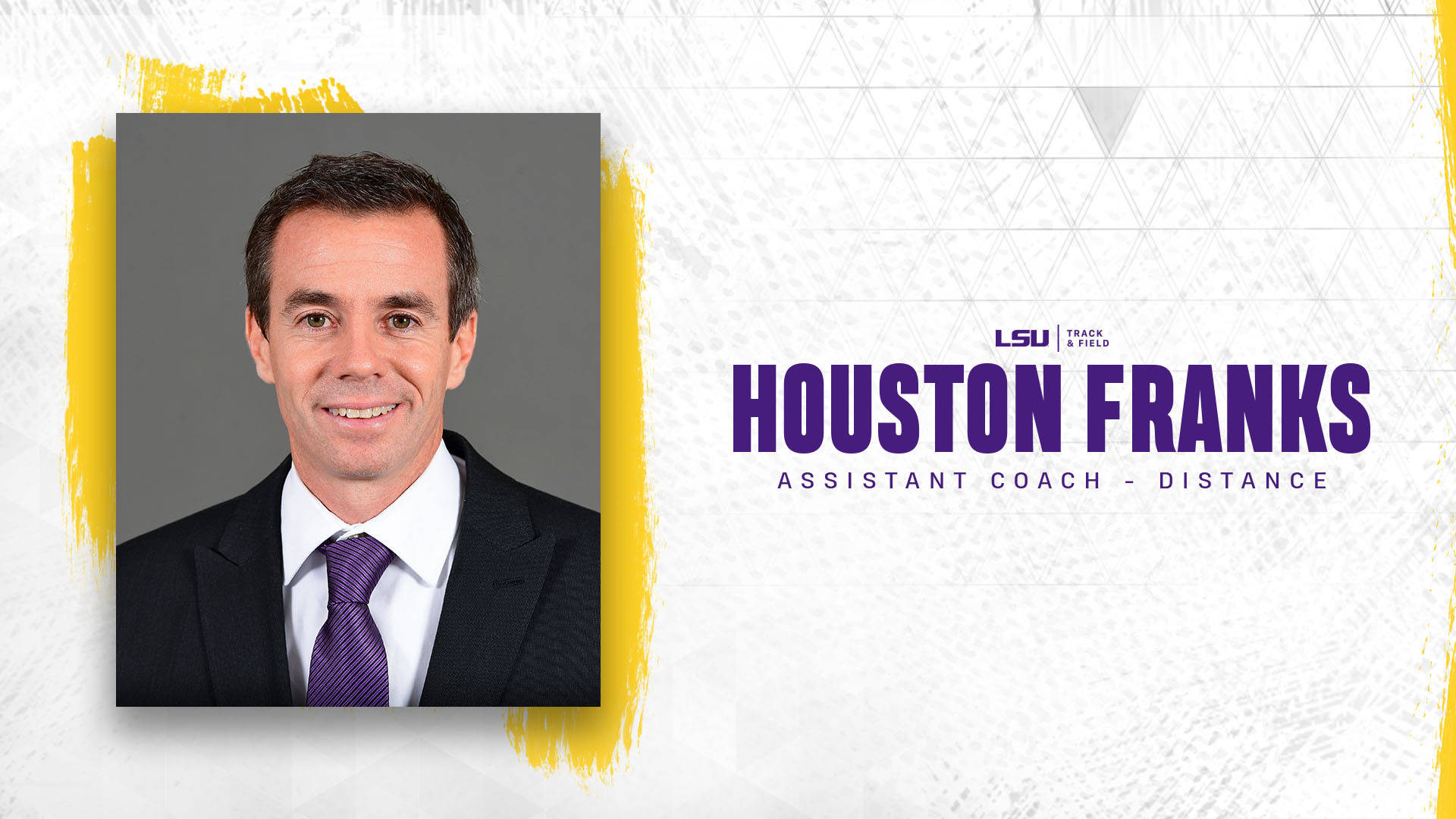 “Coach Franks is a very talented and experienced coach in the SEC,” Shaver said. “I have watched him have great success in the SEC, NCAA and Olympic levels. We are fortunate and excited to have Houston on our LSU coaching staff.”

Franks comes to Baton Rouge with 20 years of coaching distance runners under his belt. He served as the head cross country coach at Mississippi State dating back to 2011 and he has been on staff in Starkville with the track and field program since 2004. Prior to his stint at Mississippi State, Franks’ coaching career began at Southwest Missouri State University (now known as Missouri State University); he spent five seasons in Missouri and led the Bears to three Missouri Valley Conference women’s titles on the cross country circuit.

“I’m thrilled to be able to join a program rich in championship tradition like LSU,” Franks mentioned. “I look forward to contributing to that continued success. My family and I are excited about joining the LSU community.”

On the track, Franks has a solid history of coaching distance runners. His latest endeavor included training the 2019 NCAA indoor runner up in the 800 meters, Marco Arop. Arop ran a time of 1:47.00 at the Birmingham CrossPlex in March to earn his silver medal on the national stage; his season best time indoors of 1:45.90 was the second fastest in the NCAA during the indoor season. Outdoors, Arop went sub 1:47 twice, including a season best of 1:45.50 at the Crimson Tide Invitational to claim gold. The 1:45.50 also made him the second fastest NCAA runner outdoors based off time.

He was named the 2016 USTFCCCA South Region Coach of the Year during the cross country season for leading the Bulldogs’ women’s team to the NCAA South Region crown before registering the best finish in program history at the NCAA Championships (15th place). That 2016 squad featured a Mississippi State record of five All-Region honorees, each whom finished in the top 25 of the regional meet, and the Bulldogs were the top finishing SEC team in the nation that year.

Prior to Starkville, Franks spent five years at Southwest Missouri State University (1999-2004). He led his women’s teams to three Missouri Valley Conference titles, and during his last three years, the Bears’ women’s squad finished in the top four at the NCAA Midwest Regionals each year. He was a three-time MVC Coach of the Year in women’s cross country.

Franks competed collegiately for Mississippi State from 1994-98 and he earned his undergraduate degree in the spring of 1998 in education; a year later, he received his master’s in sports administration from Mississippi State as well. He is joined in Baton Rouge by his wife, Meggan, and their two children – Madison and Patrick.