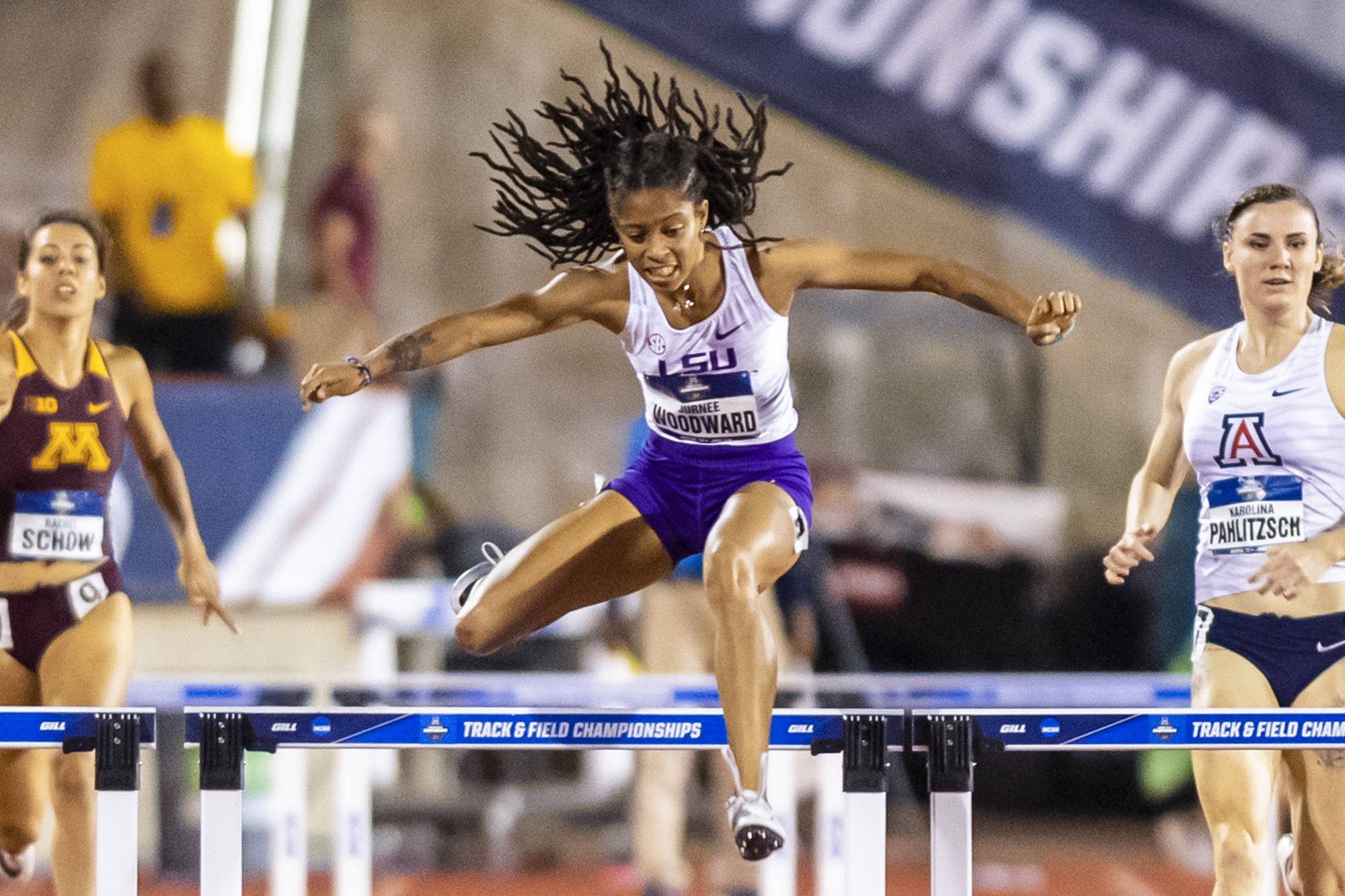 In order to earn first team honors, an athlete must place in the top eight of their event. The LSU women’s squad was just one of five schools in America to have double-digit first-team honorees; the women had 10 athletes earn the recognition. The men had six athletes earn first-team distinction.

The 10 women that scored points for LSU helped the women’s squad to a third-place finish overall with 43 points. Sha’Carri Richardson earned three first-team All-America honors and scored 20 points to lead the way for LSU. She won the national title in the 100 meters, finished runner-up in the 200 meters and anchored the 4×100 meter relay to silver. She was joined on the 4×100 meter relay by Tonea Marshall, Kortnei Johnson and Rachel Misher. Marshall also picked up an additional All-America honor in the 100 meter hurdles with a third-place finish. Brittley Humphrey (third place) and Jurnee Woodward (sixth place) scored points in the 400 meter hurdles, and Ersula Farrow closed out her collegiate career with a seventh-place showing in the 800 meter run.

The men who earned first team honors were JuVaughn Harrison, Mondo Duplantis, Kary Vincent Jr., Akanni Hislop, Correion Mosby and Dorian Camel. Harrison scored 20 points for the Tigers with national titles in the high jump and long jump; he became the first man in NCAA history to complete the long and high jump double for national titles. Duplantis took second in the pole vault to score eight points. The 28 points by Harrison and Duplantis aided LSU to a seventh-place team finish. The men’s 4×100 meter relay – Vincent Jr., Hislop, Mosby, Camel – was unable to get the stick around the track but still earned first team honors for making the finals.