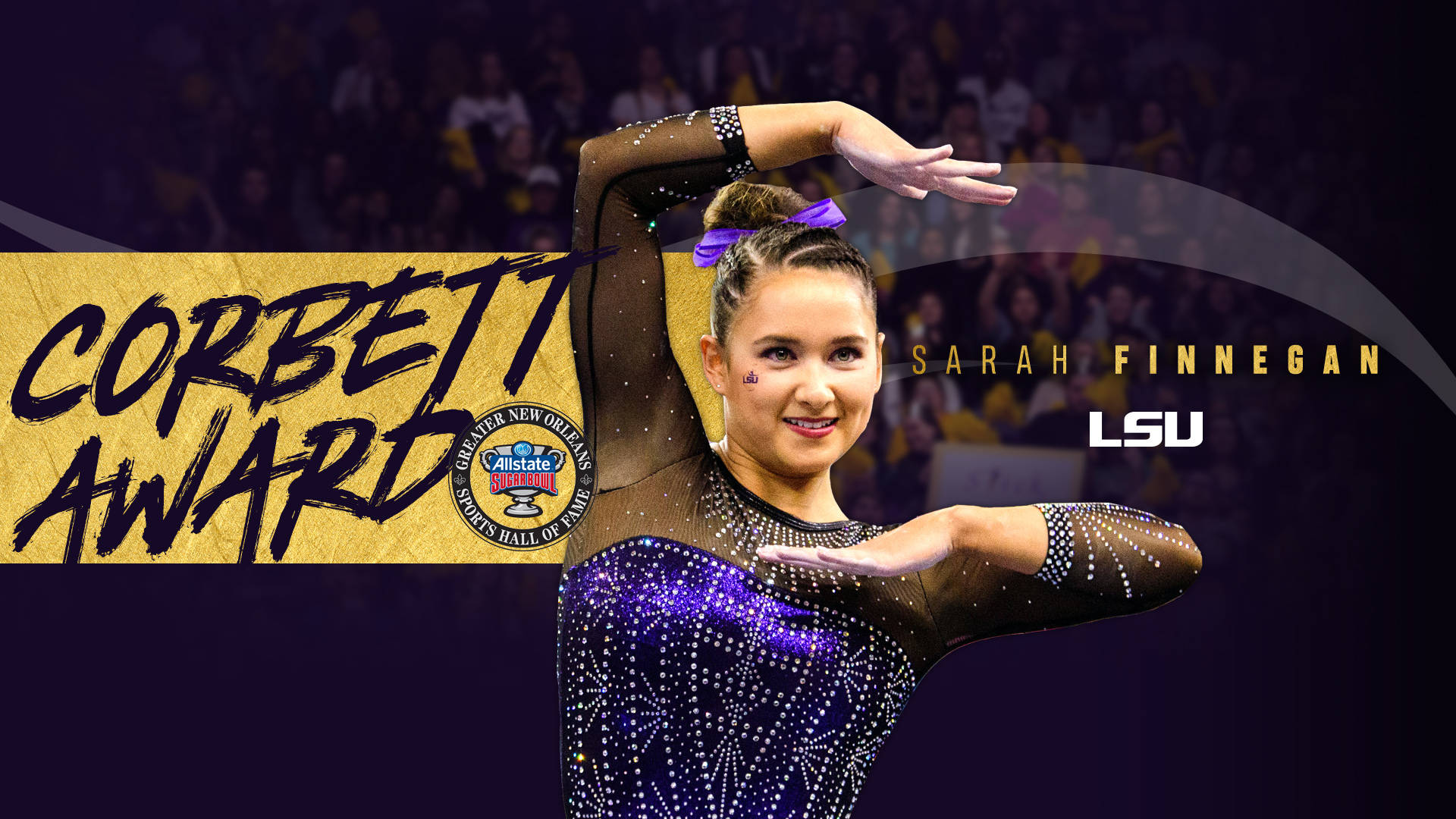 NEW ORLEANS – Sarah Finnegan, the two-time NCAA Champion, two-time Southeastern Conference Gymnast of the Year and one of the greatest student-athletes in school history, has been named the female winner of the James J. Corbett Award by the Greater New Orleans Sports Award Committee, the Allstate Sugar Bowl announced Friday.

The award is given to the top male and female amateurs in the state. Thirty-nine student-athletes from LSU have been honored with the prestigious award over the last 52 years. Finnegan joins Ashleigh Gnat and Susan Jackson as the only gymnasts in school history to win the Corbett Award.

Finnegan won the SEC all-around title and was named the Central Region Gymnast of the Year in both 2018 and 2019. She was honored with the AAI Award, which goes to the top senior gymnast in the nation and considered the sport’s Heisman Trophy.

Finnegan save her best performances for 2019 as a dominating force in the all-around all year. Finnegan competed all four events in 16 of 17 meets and earned 14 wins to shatter a new school record. She also set the LSU single-season record for beam titles with 11.

One of the most remarkable records of her illustrious career is the 49 individual titles in 2019. The original record was set by Sandra Smith in 1980 and tied in 2010 by Susan Jackson. No other LSU gymnast since Jackson has won more than 30 titles in a season.

The Allstate Sugar Bowl will host the Greater New Orleans Sports Hall of Fame Banquet on Saturday, August 10 at the Mercedes-Benz Superdome. Finnegan, D-D Breaux and other individuals and high school teams will be honored.