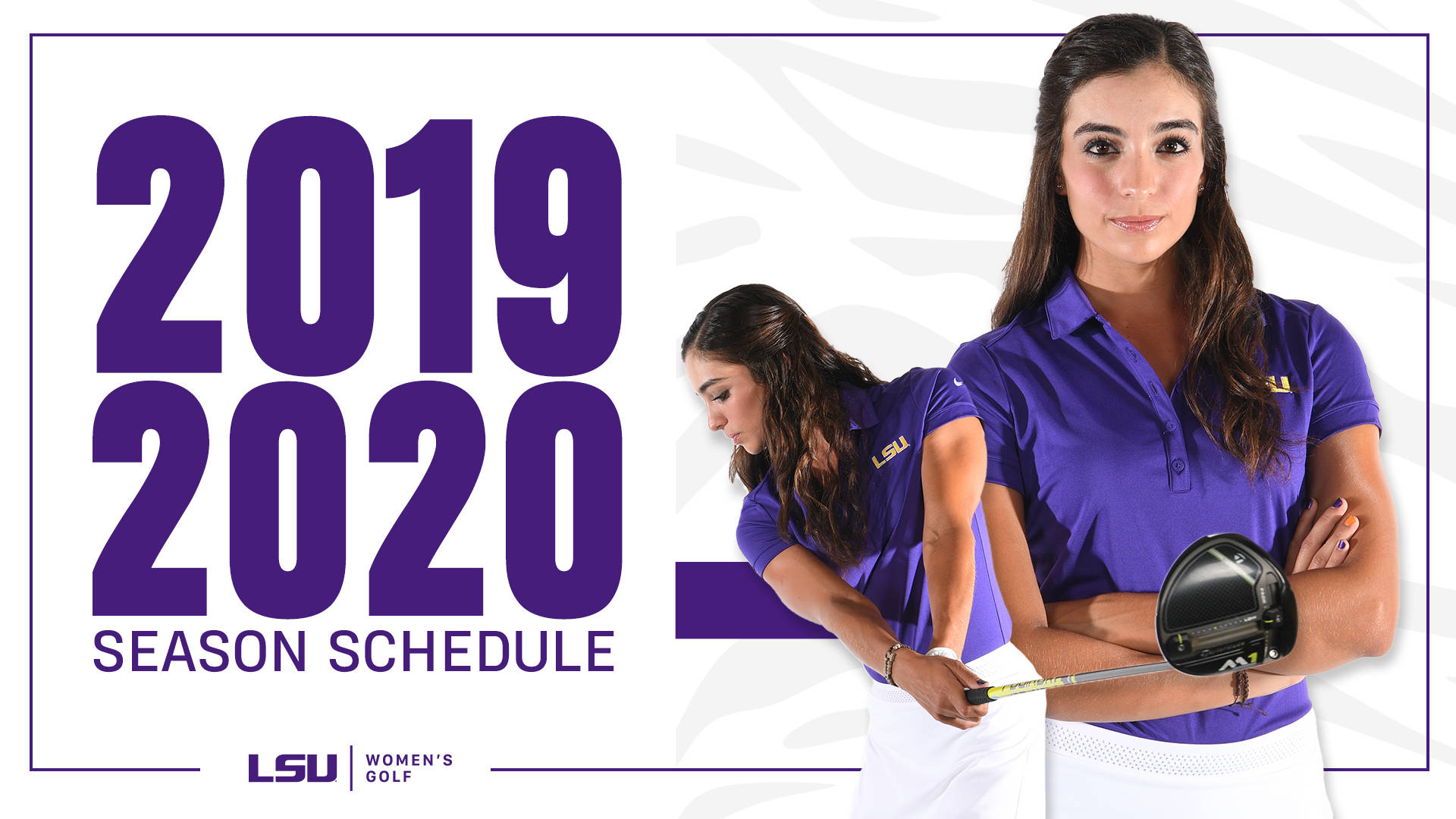 BATON ROUGE – The official schedule for the 2019-20 edition of the LSU women’s golf team has been released and it features nine regular season tournaments leading into the SEC Championship which will be held in Birmingham, Alabama.

LSU head coach Garrett Runion will be at the helm for his second season with the Tigers after guiding them to an NCAA Regional appearance which was the 25th appearance in program history.

LSU will be lead this season by senior Monica Dibildox, who was the Louisiana Player of the Year in the 2018-2019 season with a 74.48 average, while reigning Louisiana Freshman of the Year Presley Baggett, who averaged a 75.70, returns as well. Junior Kendall Griffin, who aced a hole and shot a career low 69 during the NCAA Regional, also stars for the squad. Griffin recently won the Florida Women’s Amateur title in early July, while sophomore Alden Wallace, the fourth returning starter for LSU, won the Louisiana Women’s Amateur Championship in June.

The Tigers will face another challenging schedule during the 2019-2020 campaign.

“(Assistant coach) Alexis (Rather) and I feel like we built a very competitive schedule and one that will help prepare our ladies for postseason play,” said Runion. “Over the nine regular season tournaments we will be competing in seven different states and in Mexico twice.  Last year we had the 18th-toughest strength of schedule and I would expect this one to be similar to that at the end of the year.”

The 2019 fall season tees off with a trip to Knoxville, Tennessee, to compete at the Mercedes-Benz Women’s Collegiate Championship, September 16-17. LSU will have two competitions during the month of October as they travel to Virginia and Mississippi for the Princess Anne Invitational hosted by Old Dominion from the 4th-6th and the Magnolia Invitational hosted by Mississippi State on the 13th-15th. The Tigers close out the Fall season by heading south for their first of two forays into Mexico for the Battle at the Beach in San Jose Del Cabo, November 1-3, hosted by TCU.

The Spring portion of the schedule brings with it some familiar courses from previous seasons.

“We will be returning to some great tournaments like the Darius Rucker Intercollegiate in Hilton Head and the Magnolia Invitational at Old Waverly Golf Club as well as adding some new ones like the Guadalajara International Invitational in Mexico and the Liz Murphy Collegiate Classic in Georgia,” continued Runion.

The Tigers roar into February with a tournament in Guadalajara, Mexico. Virginia is hosting the Gualalajara International Invitational February 16-18. Following the competition in Mexico, the Lady Tigers travel to Panama City, Florida for the Florida State Match Up. March is headlined by a jaunt to beautiful Hilton Head, South Carolina, for the Darius Rucker Intercollegiate from March 6-8, followed by the Liz Murphy Collegiate Classic hosted by Georgia on March 20-22.  LSU hosts the Tiger Golf Classic, the lone home match of the season, on April 4-5 at the University Club. The squad closes the regular season by traveling to Birmingham for the SEC Championships at Greystone Golf Course on April 15-19.