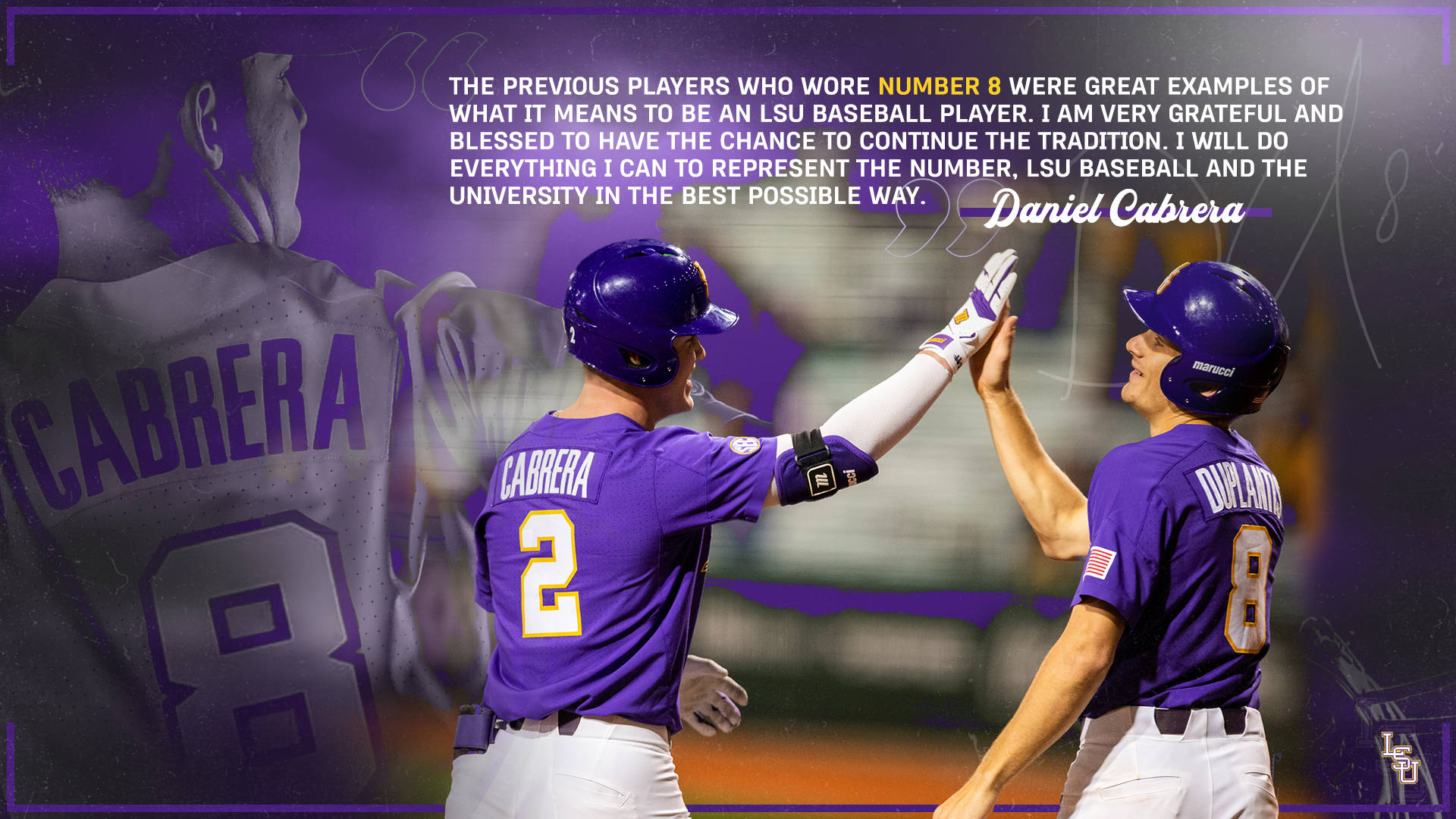 BATON ROUGE, La. – LSU outfielder Daniel Cabrera will wear jersey No. 8 for the 2020 season, coach Paul Mainieri announced on Wednesday. The No. 8 jersey is given each season to the upperclassman who exemplifies the spirit of LSU Baseball through his leadership and dedication to the program.

“Daniel Cabrera absolutely deserves this honor of continuing the No. 8 tradition,” Mainieri said. “We look forward to him taking on the top leadership role on our team, and the impact he makes both on the field and in the clubhouse will be vital to our success in 2020.”

“The previous players who wore Number 8 were great examples of what it means to be an LSU Baseball player,” said Cabrera, who will be a junior in 2020. “I am very grateful and blessed to have the chance to continue the tradition. I will do everything I can to represent the number, LSU Baseball and the university in the best possible way.”

Cabrera, a product of Parkview Baptist High School in Baton Rouge, has a .300 cumulative batting average in his first two seasons at LSU with 30 doubles, four triples, 20 homers, 104 RBI and 78 runs scored. He blasted a team-best 12 homers as a sophomore in 2019, and he was third on the club with 50 RBI.

He batted .364 (4-for-11) in the 2019 NCAA Baton Rouge Regional with one double and five runs scored, and he launched a pair of solo homers on May 9 at Arkansas, marking his second two-homer game of the season. Cabrera also had two dingers in LSU’s season-opening win over UL-Monroe.

Cabrera helped lead LSU to an SEC series win over Florida, batting .429 (6-for-14) with one double, one triple, one homer and six RBI. He sparked the Tigers to a three-game sweep of Kentucky, going 5-for-12 at the plate with one double and three RBI.

Cabrera was voted a 2018 Freshman All-American after batting .315 with 18 doubles, two triples, eight homers, 54 RBI and 38 runs. He also earned Freshman All-SEC recognition, and he was named the Louisiana Freshman of the Year.

He was a starting outfielder last summer for the 2018 U.S. Collegiate National Team, batting .300 in 14 games with a team-best two homers and six RBI.