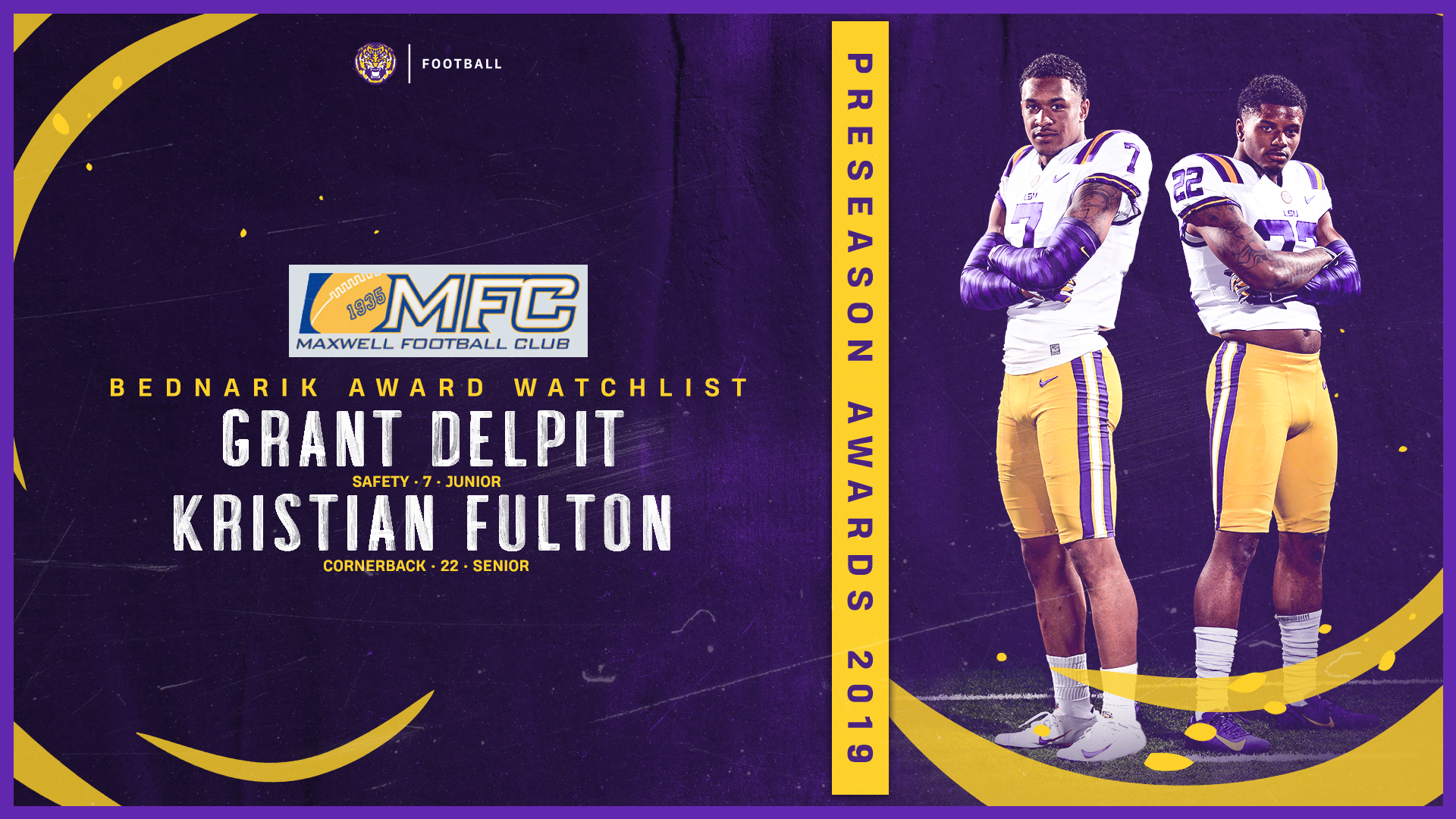 BATON ROUGE – LSU defensive backs Grant Delpit and Kristian Fulton have been named to the preseason watch list for the Bednarik Award, which is presented annually to the top defender in college football, the Maxwell Football Club has announced.

Delpit made the list of Bednarik Award semifinalist a year ago and is coming off an All-America season in 2018. Yesterday at SEC Media Day, LSU head coach Ed Orgeron called Delpit, “the best returning defensive player in the country.”

A year ago during his All-America season, Delpit lead the Southeastern Conference interceptions (5) and ranked No. 2 in the league in passes defended (14). He led the Tigers in sacks (5.0), finished third in tackles (74), and added another 10.5 tackles for loss.

For his outstanding defensive play as a sophomore in 2018, Delpit was one of five finalists for the Nagurski Trophy.

Delpit, who is the only Bednarik Award semifinalist from a year ago back in 2019, has already been tabbed as a preseason All-American by several publications.

Fulton returns for his second year as a starter at cornerback for the Tigers in 2019 after having a breakout season in 2018. Fulton, considered one of the top cornerbacks in all of college football going into 2019, started 10 games last year and finished with 25 tackles, one interception and 10 passes defended.

Of Fulton, Orgeron said, “he’s one of the top cornerbacks in the SEC, if not America.”

Fulton missed the final three games of the 2018 season with an injury but is healthy and will be 100 percent once camp starts in early August.

Delpit and Fulton are two key components of an LSU secondary that Orgeron has called, “the best group of defensive backs I’ve ever coached. That’s 35 years of coaching. I’m talking about the collective group.”