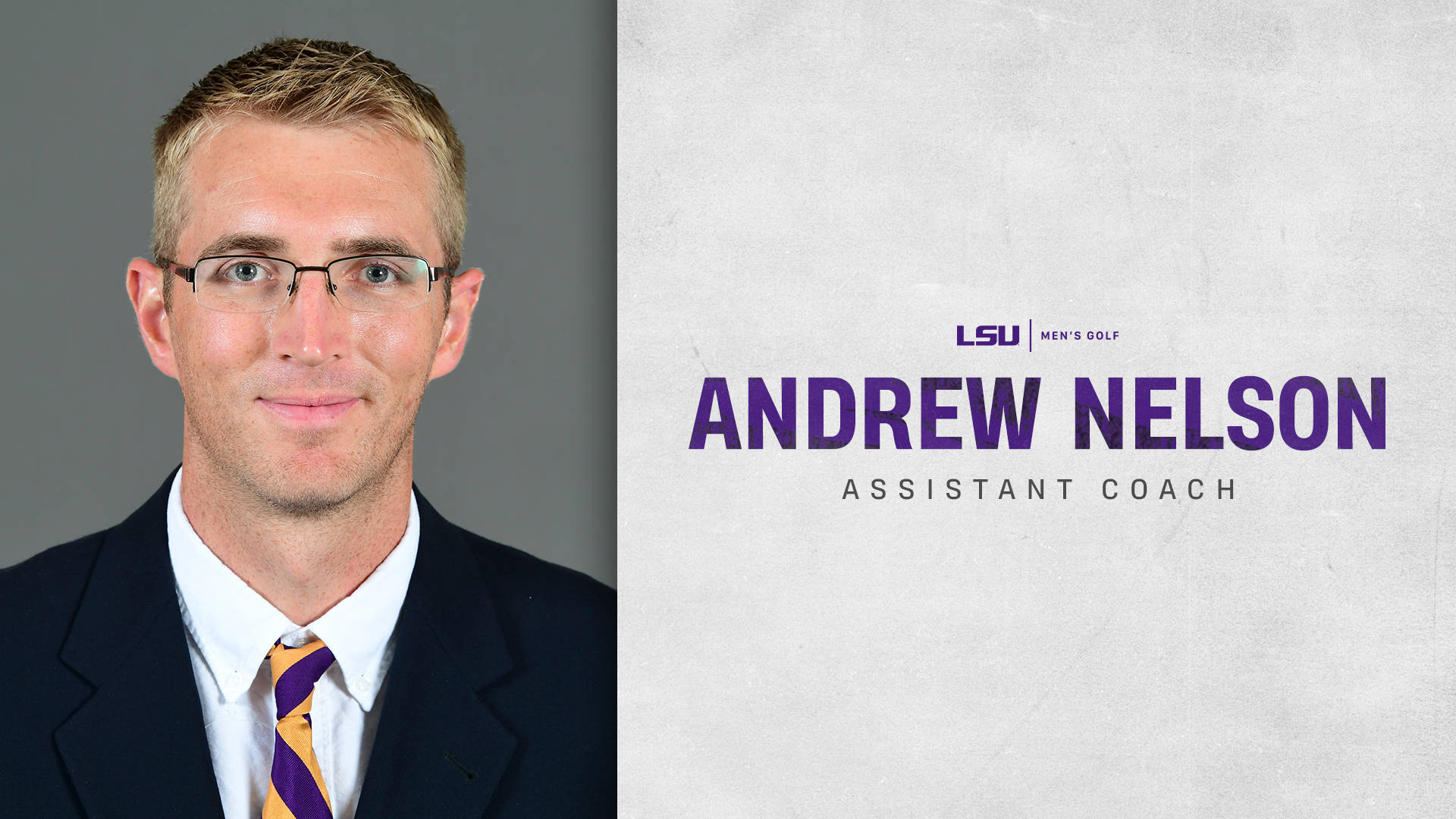 Nelson comes to Baton Rouge via Liberty University in Lynchburg, Va., where he spent the last three seasons as an assistant coach with the men’s team. Nelson, who played collegiately at Liberty as well, was a four-year member of the Liberty men’s golf squad from 2006-10.

“Andrew is one of the good young coaches in college golf,” Winstead noted. “He was part of building a successful program at Liberty and I know he will make a great contribution to our team.”

“I am honored to be joining Coach Winstead and the LSU golf program,” Nelson said. “I have so much respect for this program and am thankful for Chuck’s belief in his players and myself. This is a great opportunity and I am ready to get to work at LSU.”

Nelson helped guide the Flames to a 20th place finish at the 2019 NCAA Championships; it was Liberty’s second-ever trip to the NCAA Championships. A native of Port Republic, N.J., Nelson helped Ervin Chang and Gabe Lench become the second and third All-Americans in Liberty program history during the 2018-19 season; both Chang and Lench were named to the 2019 PING All-America honorable-mention team in late June.

Chang was named the Atlantic Sun Male Student-Athlete of the Year for his play this season as he averaged a career best 71.71 strokes per round to register the fourth-lowest single season stroke average in program history; he had eight top-10 finishes on the season to lead the Flames and 19 of his 35 rounds were played under par.

Lench tallied a 71.62 stroke average during the 2018-19 season under the guidance of Nelson to go along with six top 10s and claiming medalist honors at the Intercollegiate at The Grove (College Grove, Tenn.). Lench became the first player in program history to advance to the final day of stroke play at the NCAA Men’s Golf Championship where he finished tied for 24th after four rounds.

The Flames made it to the NCAA Regional round all three years that Nelson was a member of the coaching staff. Liberty earned an auto-bid to regionals in 2018 after claiming the Big South team title; 2017 and 2019 saw the Flames earn at-large bids to the NCAA Regionals. In addition to the Big South team title in 2018, the Flames claimed two other titles during Nelson’s three years in Lynchburg. They travelled to Eugene, Ore., and shared the team title with nationally ranked Oregon in 2018 at the Duck Invitational, and the Flames won the Intercollegiate at The Grove in Tennessee in October of 2018.

Nelson graduated from Liberty in the spring of 2011 with a degree in student ministry. He has spent time working as a member of an urban impact team in New Orleans, La., at the Castle Rock Community Church in the summer of 2011. Following that summer, he served as a member of the grounds crew and maintenance staff at the Ballamour Golf Club (Egg Harbor, N.J.) before moving to Holtiville, Calif., to work as the student ministries pastor at Cornerstone Community Church from 2012-14.

During his collegiate days at Liberty, Nelson played in 21 events with a career-scoring average of 76.8. He registered nine career-top 25 finishes collegiately. He also played as an amateur on mini tours in Georgia and Florida during the 2014 and 2015 seasons.

Nelson is joined in Baton Rouge by his wife, Hope, his four-year old son Drew, and his one-year old daughter, Henley.