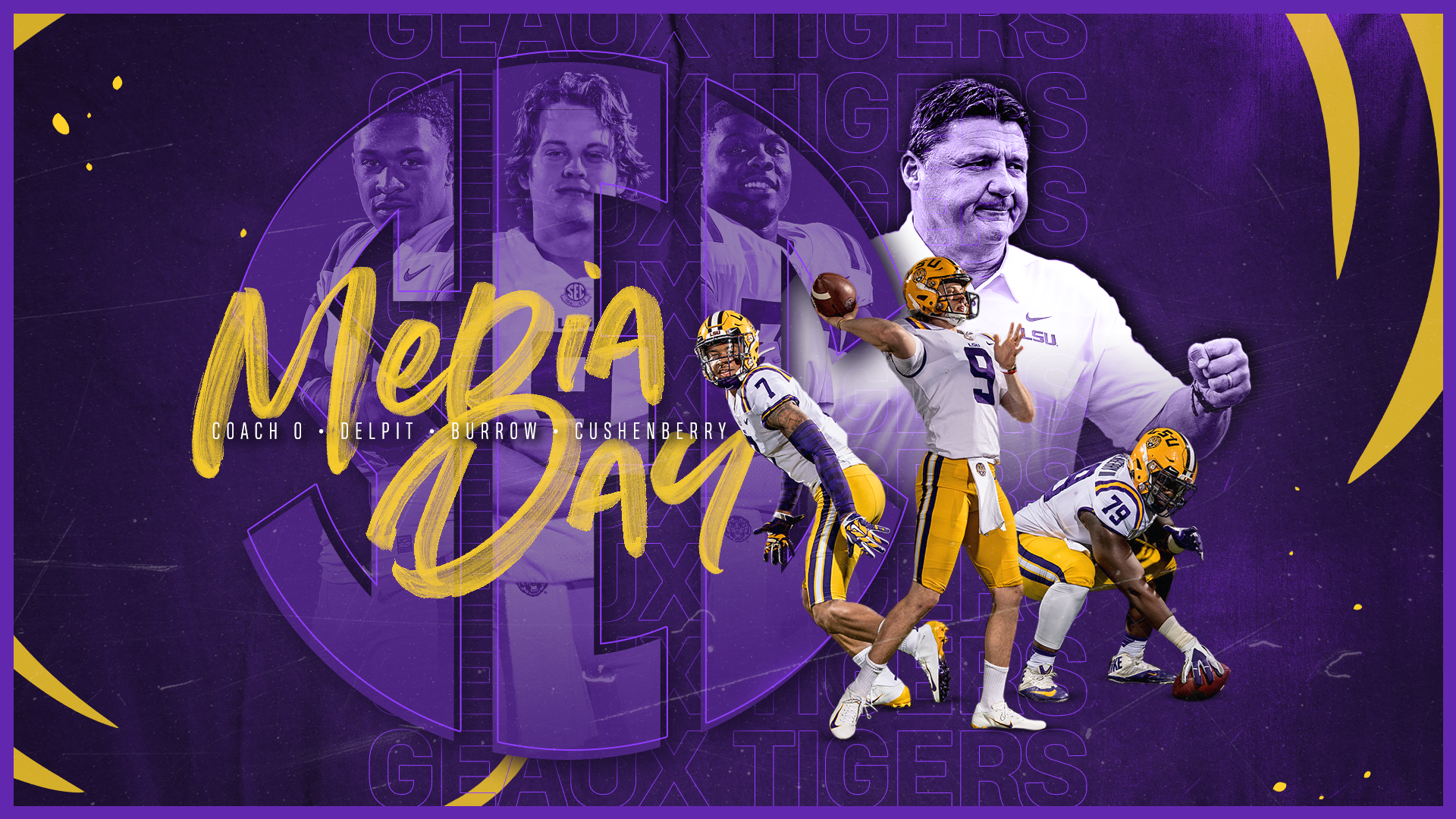 BATON ROUGE – The unofficial start of football season begins today for LSU as the Tigers will take their turn at SEC Media Days at the Hyatt Regency Birmingham – Wynfrey Hotel in Hoover, Alabama.

LSU head coach Ed Orgeron will be joined at the event by quarterback Joe Burrow, center Lloyd Cushenberry III and All-America defensive back Grant Delpit. Over 1,000 media are expected to be on hand for the four-day event, which runs through Thursday afternoon.

LSU will be paired with Florida for today’s afternoon rotation, which includes stops on the SEC Network set, radio interview with Sirius/XM, along with an appearance in the main print room, which will be televised on the SEC Network. In all, Coach and LSU’s players will spend nearly three hours with the media with stops in 10 different interview rooms.

Fans can follow along throughout the day in a variety of ways, including watching on the SEC Network. Orgeron will appear live on the SEC Network when he remarks are televised live starting at 3:55 p.m. CT this afternoon. Orgeron will start the day at 2:10 p.m. with an appearance on the ESPN set for College Football Live. Orgeron’s interview will air at 3:30 this afternoon.