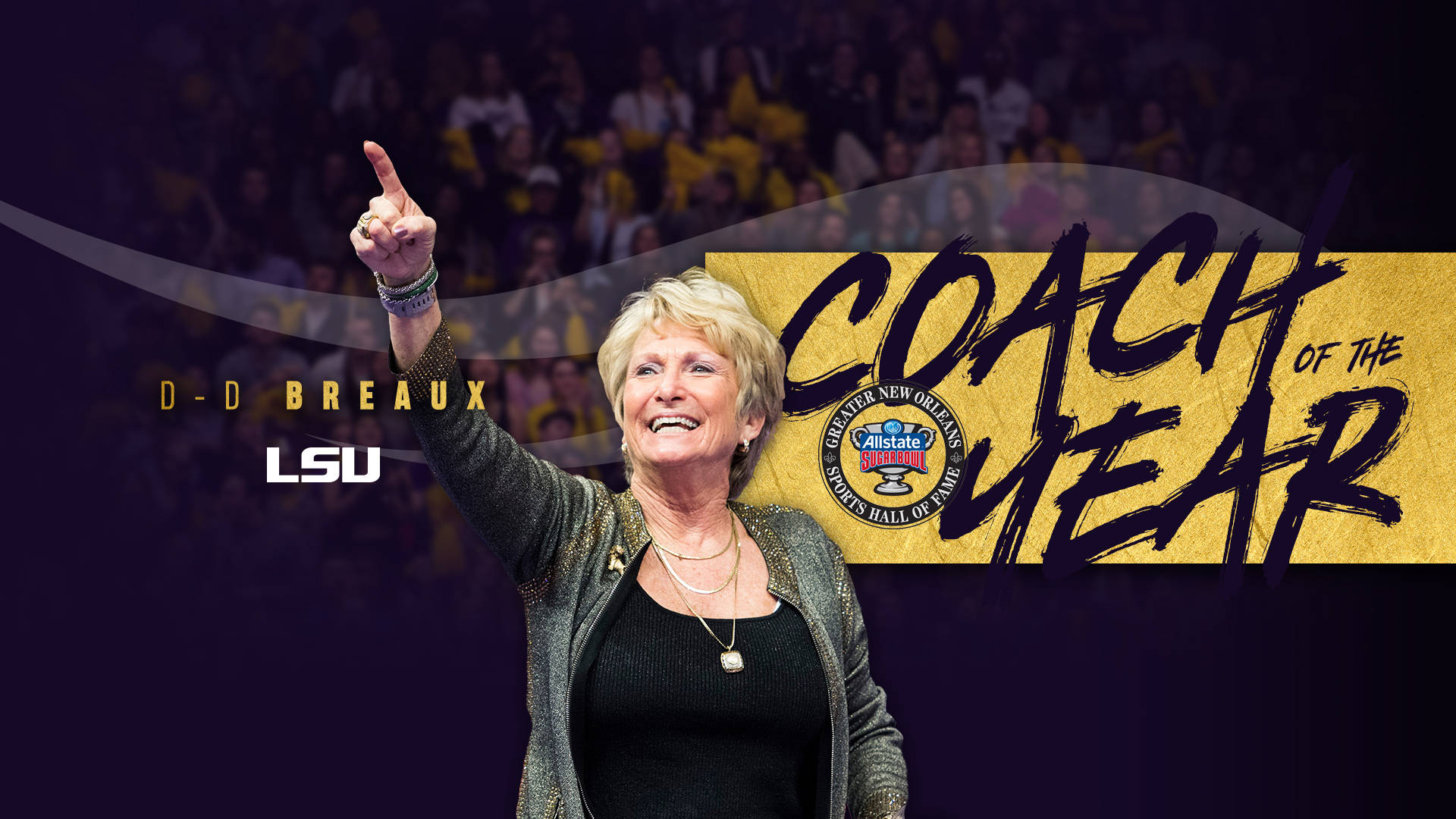 Breaux, the dean of all Southeastern Conference coaches, completed her 42nd season in 2019. The Tigers won their third-straight SEC championship and matched the highest finish in school history as the NCAA National Runner-Up for the third time in four years.

In 2019, Breaux earned her 800th win at NCAA Championships, making her one of two coaches in LSU history with 800 wins. After winning the program’s fourth SEC Championship in March, Breaux was recognized by her peers as the SEC Coach of the Year for the ninth time in her career.

LSU continued to improve in each week of the season and over the final four weeks leading into NCAA postseason the squad averaged a 197.900. The LSU team was the second in NCAA Gymnastics history to average a 197.900 or higher in four meets.

LSU gymnasts combined to earn 22 All-America honors under Breaux’s leadership for the third most in a single season in school history. Senior Sarah Finnegan pushed her total honors to 23 to tie the school record for most in a career and was named the SEC Gymnast of the Year and AAI Award winner. Kennedi Edney and Finnegan each captured their second NCAA individual titles with wins on vault and bars respectively.

The Allstate Sugar Bowl will host the Greater New Orleans Sports Hall of Fame Banquet on Saturday, August 10 at the Mercedes-Benz Superdome. Breaux along with other individuals and high school steams will be honored.