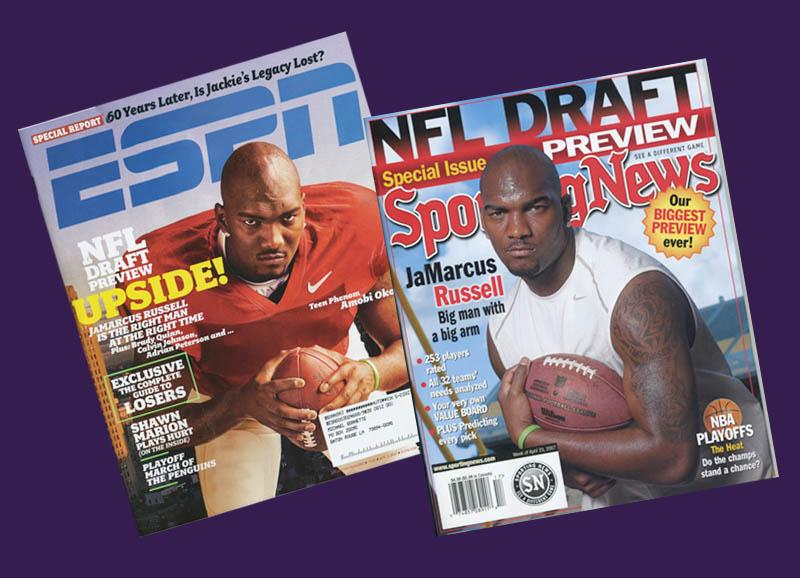 BATON ROUGE — It’s NFL Draft week and LSU quarterback JaMarcus Russell, who is the consensus No. 1 pick in the draft, is featured on the cover of two national magazines leading up to draft day in New York.

Both cover shots were taken at LSU. ESPN the Magazine’s photo shoot was done at the LSU Indoor Practice Facility and has Russell’s image super-imposed over the Manhattan skyline.

The Sporting News shot was taken in Tiger Stadium with the east upper deck in the background.

Russell, who opted to bypass his senior season, capped his LSU career ranked second in school history in completion percentage (61.9) and touchdown passes (52) and third in passing yards (6,625) and completions (493). He finished his career with a 25-4 record as LSU’s starting quarterback.

Russell will learn his next destination as a player on Saturday when the NFL Draft takes place in New York City. The draft will be televised live by ESPN starting at 11 a.m. on Saturday.