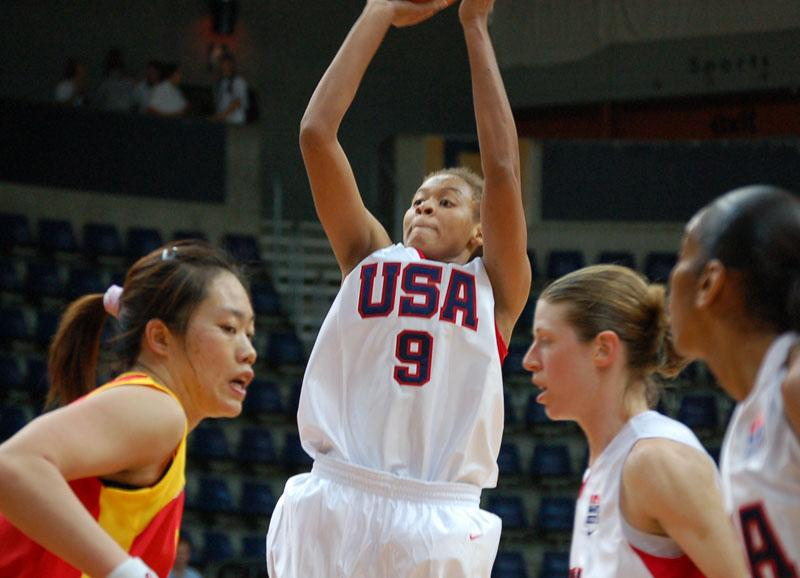 Augustus went 6-9 from the floor and five of her rebounds came at the offensive end during her 23 minutes of play.

Team USA is a perfect 10-0 during the training session and 4-0 in the Opals World challenge.

The Opals World Challenge concludes with the second USA-Australia clash on Wednesday 5 a.m. CDT, preceded by a China versus Chinese Taipei game at 3 a.m. CDT.

Augustus, in two games, is averaging 11.5 points and 5.0 rebounds in 21.5 minutes per game for Team USA. Former LSU teammate and current Lady Tiger, Sylvia Fowles, averaged 9.0 points and 2.0 rebounds in her two games before suffering an injury to her right shoulder.

Fowles is schedule to have an MRI on her shoulder later this week.

Q: Chinese Taipei came out and surprised you in the beginning of the game. What happened out there?

A: Man! I didn’t even realize she had so many in the first half. It was so smooth. She just played within her game, that’s what she does every night, but it was more points in a small period of time.

Q: You’re playing Australia tomorrow night. You missed the first game, but what are you going to do and what can we expect from that contest?

A: I know that they have one of the best players in the WNBA in Lauren Jackson so I know it’s going to be very difficult. I watched them play yesterday and they’re a very structured team. They don’t get out of their system, everybody plays within themselves, they know where the ball needs to get to ? Lauren Jackson.