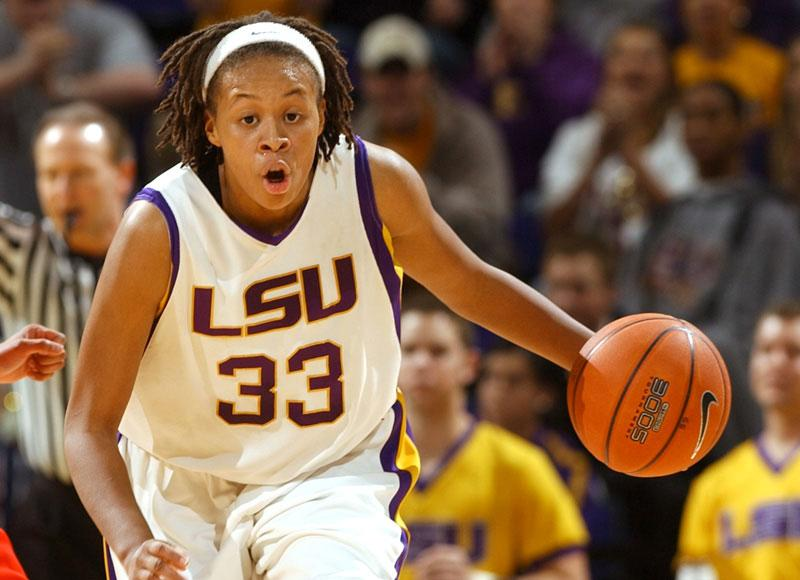 Augustus, the first pick of the 2006 WBNA draft by the Minnesota Lynx, went 5-8 from the field with three rebounds, three assists and a game-high four steals.

“It felt good,” Augustus said. “I was happy just to be out there after my long journey. It was a new experience for me, as far as playing with these young ladies, but they helped me out throughout the entire game as far as keeping myself together.”

Team USA, 9-0 in the Opals World Challenge, continues in Canberra on Tuesday when the USA tips-off against Chinese Taipei (Taiwan) at 3 a.m. CDT.  The tournament concludes with the second USA-Australia clash on Wednesday at 5 a.m. CDT.

Augustus joined former LSU teammate Sylvia Fowles on Team USA. Fowles injured her right shoulder in Friday’s game and will remain in Australia with the team and will be re-evaluated when she returns to the United States.

Q: What was it like getting out on the court for your first time at the senior level?

A: It felt good, I was happy just to be out there after my long journey. It was a new experience for me, as far as playing with these young ladies, but they helped me out throughout the entire game as far as keeping myself together.

Q: It didn’t look like you had any jet lag out there, you looked pretty energized.

A: I did? (laughs) No, I was tired. Very tired. I couldn’t breathe, but my legs and everything else felt great.

Q: You’ve played against some of these Chinese players on previous USA Basketball teams, did that help you to know what to expect?

A: Not really because this is on a different level. It’s a different team. As far as the offense and the system, it’s all different. But I still know that they’re shooters, they like to create and get to the foul line.

Q: What allowed you to run away from China in the second quarter?

A: Defense. Coach has been preaching it the whole time. We bought into what coach was saying and just locked in and did what we had to do, as far as perimeter players helping out on the post and post players being solid in their defense and not letting them get to the foul line.

Q: How important is the veteran leadership out here for you and the rest of the younger players?

A: It’s very important. It’s a different level of basketball. Most of these young players have played international ball, professional ball, but it’s very physical. It’s a different ball game. It’s easy to get out of your game with the contact, the calls and the different atmosphere. So it’s very good to have Tina Thompson and all those players here to help you get through those things.