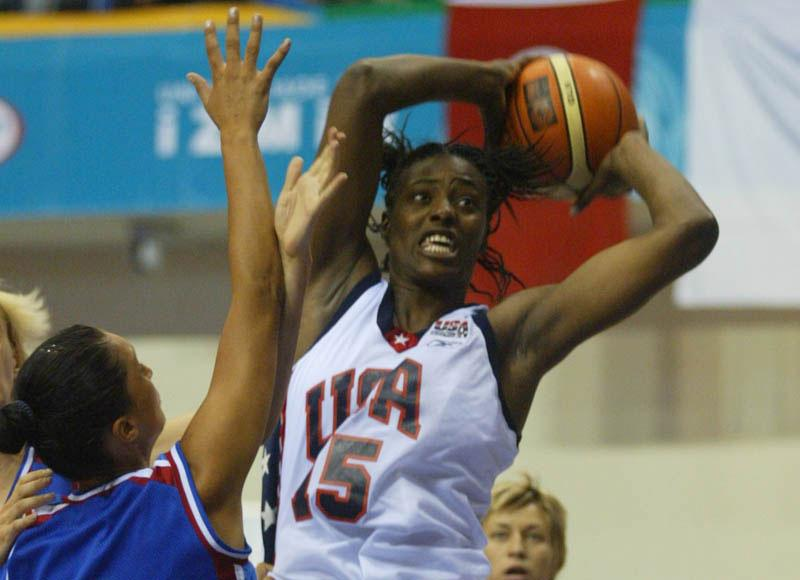 Fowles was 5-7 from the floor in 12 minutes of play off the bench in her first game with Team USA since joining them following LSU’s appearance in the NCAA Final Four. Fowles, a 6-6 center, also grabbed four rebounds and had a blocked shot.

“It felt good. I was a little surprised about the way I played,” Fowles said. “I thought I was going to come out a little flat. But I guess, being with the players I’m around, I’ve got no choice but to get better. It felt good to be out there playing again.”

Fowles will be joined by former LSU teammate Seimone Augustus on the team this weekend.

Team USA, 7-0 in the spring training session, plays host Australia at 5 a.m. CDT on Saturday in the Opals World Challenge. The tournament then moves to Canberra, where the Americans will play China again on April 10, Chinese Taipei (Taiwan) on April 11, and the tournament concludes with the second USA-Australia clash on April 12.

Due to the timing of the 2006 WNBA Draft, USA head coach Anne Donovan (Seattle Storm) and USA assistant coach Mike Thibault of the Connecticut Sun, along with the 2006 No. 1 and No. 2 draft picks Augustus (Minnesota Lynx / LSU / Baton Rouge, La.) and Cappie Pondexter (Phoenix Mercury / Rutgers / Chicago, Ill.), respectively, will arrive in Australia after the team’s first game. Because of that, USA assistant coach Staley acted as the team’s head coach for its first game in Australia.

Q: How did it feel to be out there in your first game at the senior team level?

A: “It felt good. I was a little surprised about the way I played. I thought I was going to come out a little flat. But I guess, being with the players I’m around, I’ve got no choice but to get better. It felt good to be out there playing again.”

Q: Did your confidence level grow a little bit as you started making some plays tonight? A: “It seemed as if you were a little hesitant at times back in Boston a couple times.

My energy level has been up, but my confidence definitely stepped up after a few buckets. Just to see how easy it was, it was just like any other game. I thought that because we were playing overseas it would be a little different. But once I got into the flow I was alright.”

Q: How do you feel you matched up with China’s big players?

A: “It’s kind of different because they all go out on the perimeter and that’s something that I have to get adjusted to. But I think I did fairly well.”

Q: Are you having fun out here so far?

A: “Oh yeah! I’m definitely having fun with the team. Everyone has energy and we like being around each other so I’m loving it so far.”