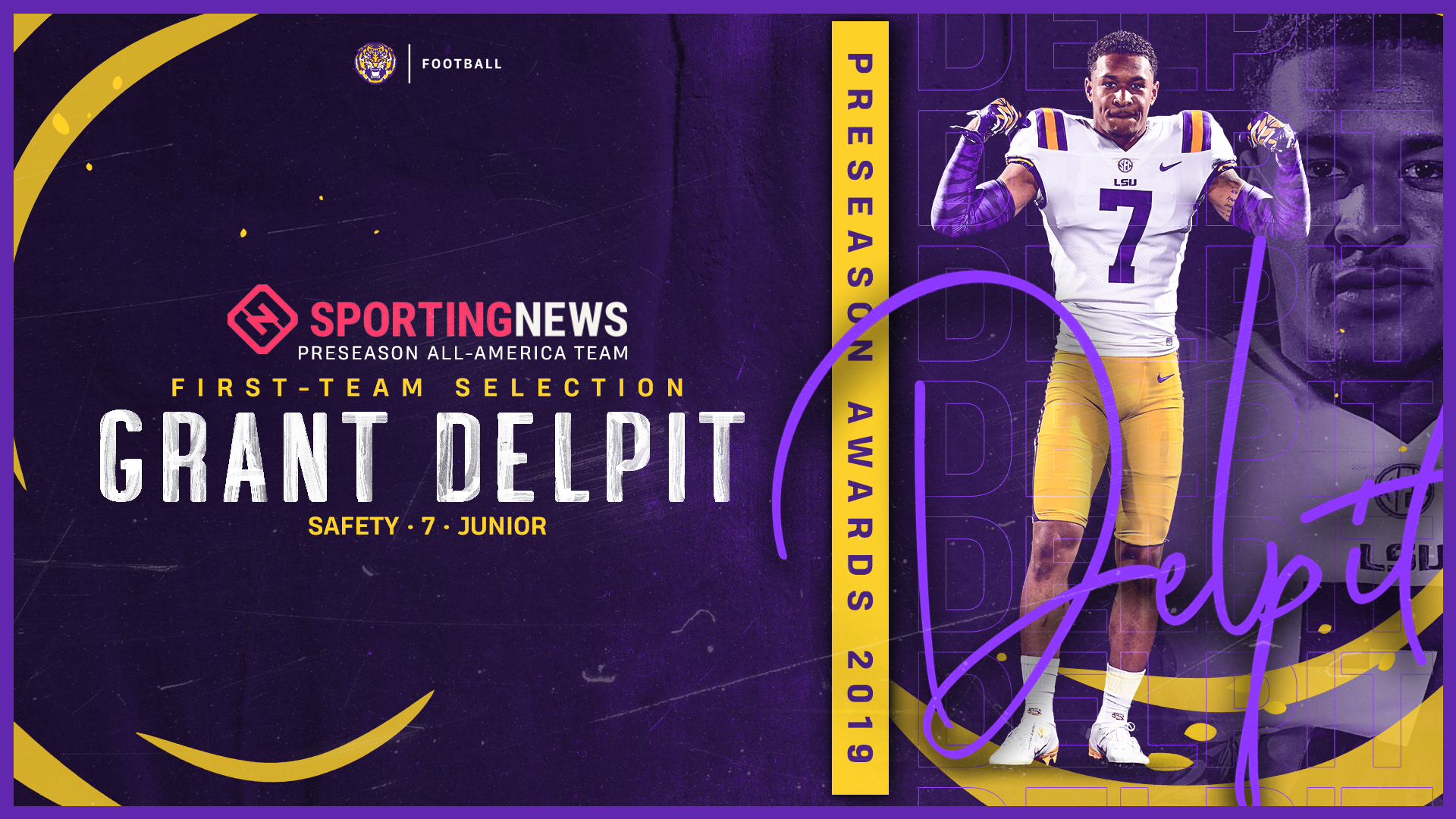 BATON ROUGE – Grant Delpit, one of only nine unanimous All-America selections in LSU history, has been tabbed as a preseason All-America by Sporting News, the publication announced on Wednesday.

Delpit, who was a finalist for the Nagurski Trophy last year, is coming off one of the most impressive seasons for a LSU defender in school history. The first team All-Southeastern Conference selection, racked up 74 tackles, 9.5 tackles for loss, 5.0 sacks and led the league in interceptions with five in helping the Tigers to a No. 6 final ranking and a 10-3 overall record.

Of Delpit, the Sporting News said, “he is more than just numbers. He’s a team leader and great ambassador for the college game. He will compete for the Bronko Nagurski Trophy and Jim Thorpe Award this season.”

No. 11 LSU Back Home Tuesday To Host Southeastern

No. 11 LSU Back Home Tuesday To Host Southeastern