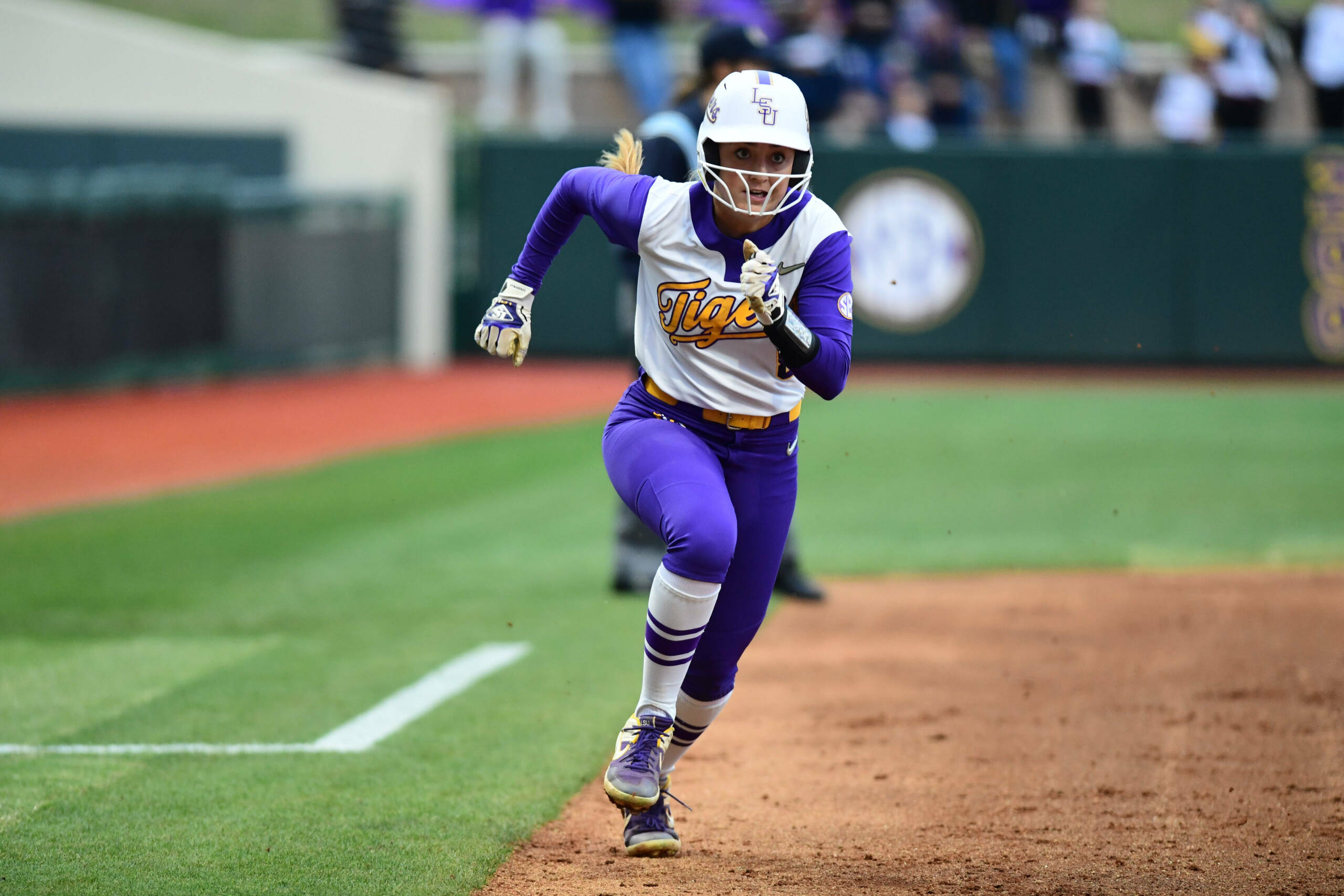 Georgia got on the board first in the bottom of the first inning with three runs, and held off the LSU bats through the second.

The Tigers’ bats came to life in the top of the third with a single to third base from Aliyah Andrews and a single to right field from Amanda Sanchez. Shelbi Sunseri stepped up to the plate and hit her 13th home run on the year to tie up the game, 3-3. Shemiah Sanchez walked next, followed by a two-run home run to right center field from Elyse Thornhill, her fifth on the year. The Tigers led 5-3 going into the fourth inning.

In the top of the seventh inning, Sunseri singled up the middle and Shemiah Sanchez reached on a fielder’s choice at second. Thornhill singled through the right side, allowing Sanchez to advance to third. Amber Serrett hit a sacrifice fly to center field to send Sanchez in to score, upping the LSU lead, 6-3. The Bulldogs put one more run on the board in the bottom of the seventh, but were unable to score again. The Tigers claimed the 6-4 victory.

The Tigers are back in action against the Bulldogs in Athens on Sunday at 11 p.m. CT/12 p.m. ET. The game will air live on ESPN and the WatchESPN app.