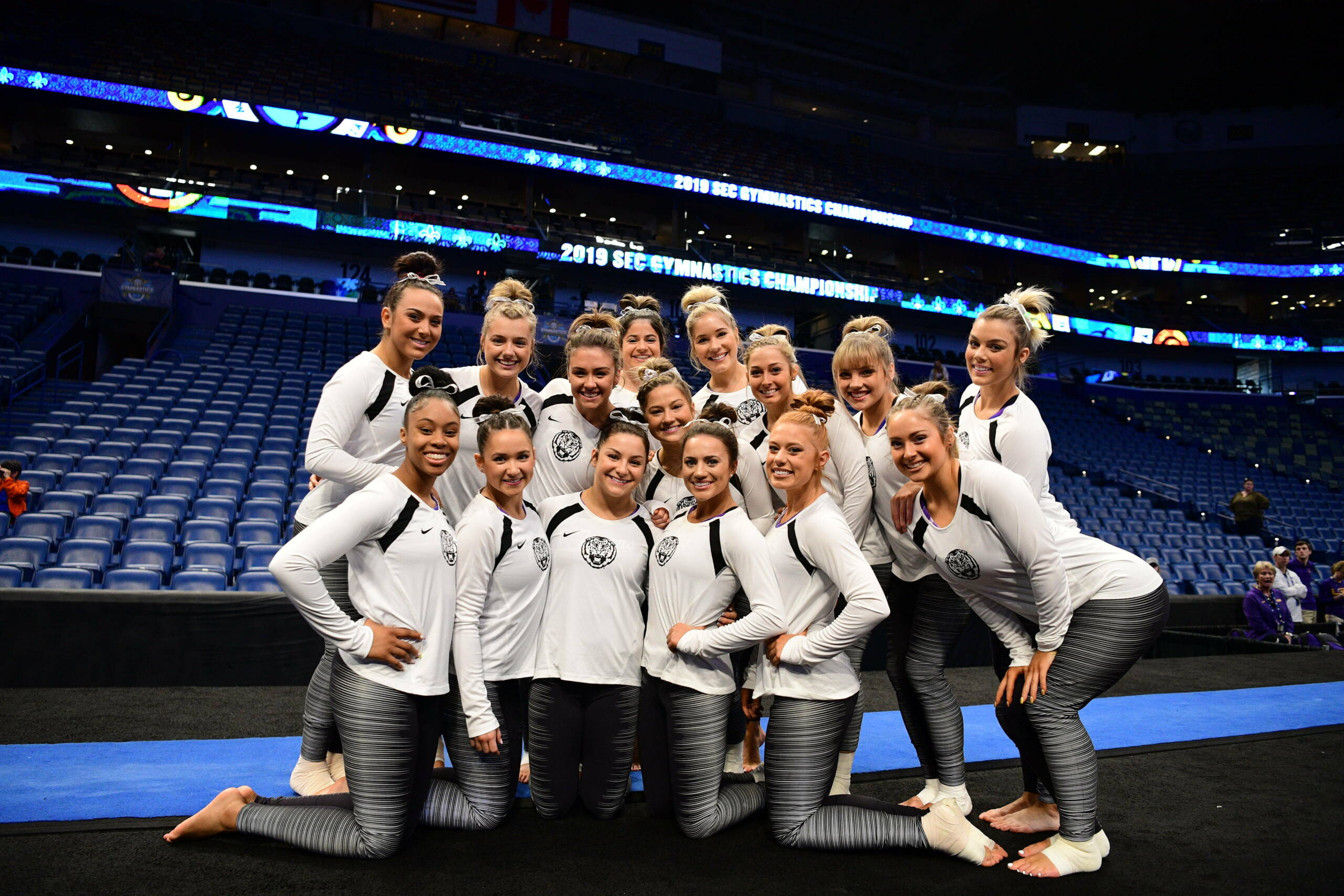 NEW ORLEANS – The third-ranked LSU Gymnastics team (11-3, 4-3 SEC) will compete for its third-straight Southeastern Conference championship against the top teams in the nation at 7 p.m. CT Saturday inside the Smoothie King Center.

As the top seed in the meet, the Tigers will begin on vault and follow with bars, beam and floor. This marks the third-straight year the squad has entered the championships as the No. 1 seed.

The meet will be televised live on ESPN2 with Bart Conner and Kathy Johnson Clarke on the call. It will also be streamed live on WatchESPN.com and the app with event specific links to each apparatus so that fans can enjoy all of the action.

Squad Goes for Three in a Row
The LSU Gymnastics program has won the last two SEC Championships and gone back-to-back for the first time in school history. LSU won its second league title in school history and the first since the inaugural championship at the 2017 championships in Jacksonville. The squad then defended its crown in 2018 in St. Louis. With a win on Saturday night, it would mark the fourth time in league history that a team has won three league titles in a row: Georgia (2004-07); Georgia (1997-99); Georgia (1991-94); Florida (1982-85)

Finnegan Named Finalist for AAI Award
Senior Sarah Finnegan was selected as one of six finalists for the AAI Award, which goes to the top senior gymnast in the nation. Considered the Heisman Trophy of NCAA Gymnastics, LSU legends Ashleigh Gnat and Susan Jackson brought back the AAI Award to Baton Rouge after outstanding careers in the Purple and Gold.

Tigers Own Only Perfect Scores in the SEC
LSU’s Finnegan, Kennedi Edney, McKenna Kelley and Lexie Priessman are the only gymnasts in the league with perfect scores this season. Priessman became the first gymnast in the nation’s best conference with a 10.0 when she did it on bars against Georgia. Finnegan scored her fourth career 10 and the nation’s first 10 on beam against the Bulldogs. A week later, Kelley and Edney closed out the Tigers’ outstanding performance against Oregon State on floor with their first career perfect scores. In the non-conference finale, Finnegan scored her fifth career 10 as the anchor performer on bars. Edney also anchored the vault lineup with her first perfect score on the event.