Softball Faces Georgia on the Road 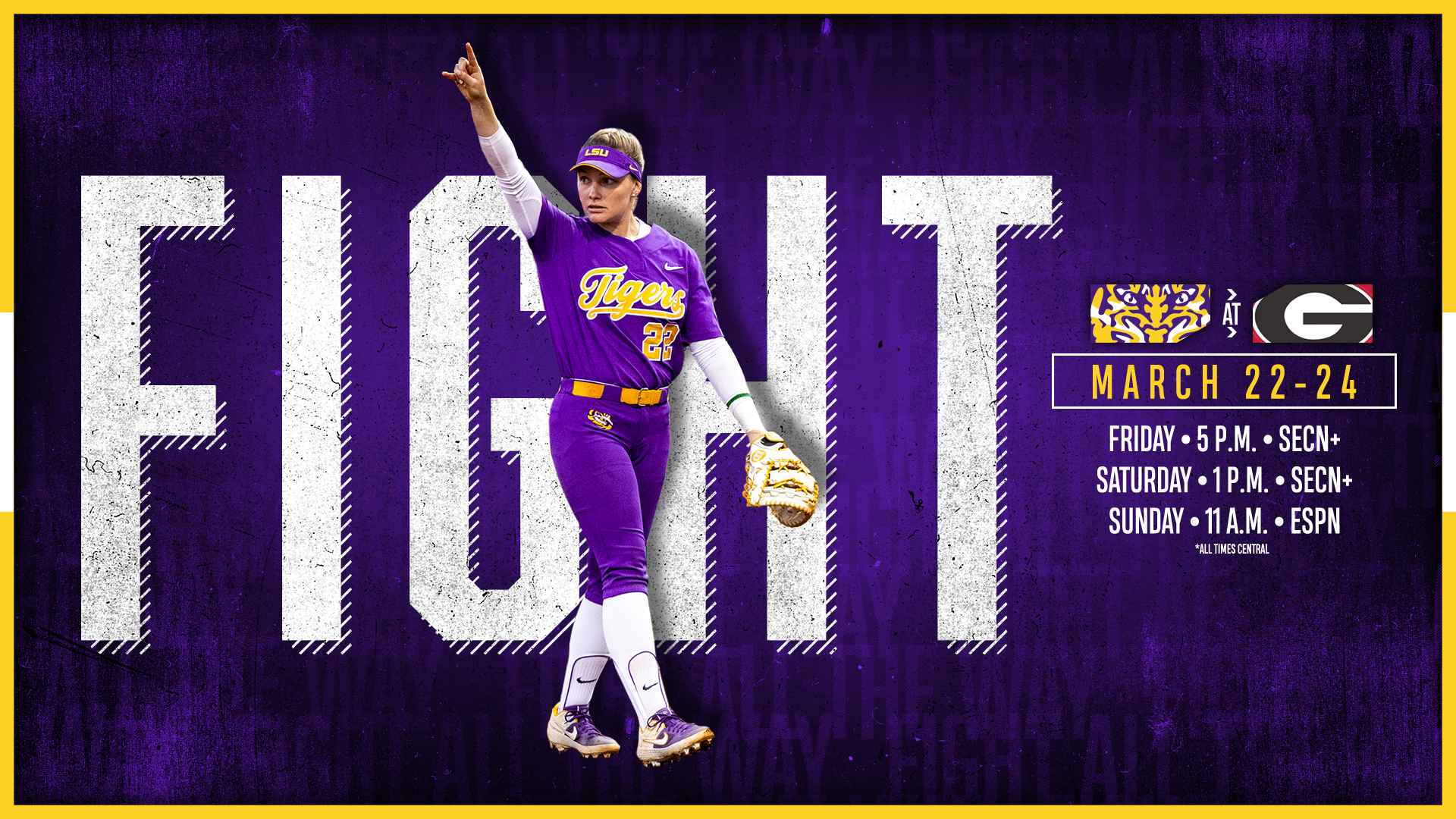 BATON ROUGE – The No. 8/6 LSU softball team is on the road this weekend, returning to SEC action at Georgia Friday through Sunday.

LSU is coming off three-straight wins, including a big series win over then-No. 7 Florida last weekend. The Tigers fell in game one of the series, 4-3, but came back to run-rule the Gators, 8-0 in six innings in game two. They claimed the rubber match on Monday night in walk-off fashion, downing the Gators 3-2.

The Tigers claimed another midweek win on Wednesday, defeating Lamar, 4-1. Ali Kilponen led the charge in the circle with a career-high 12 strikeouts, just the second 10+ strikeout game of the year for the Tigers. Elyse Thornhill went 2-for-3 with two RBI at the plate.

On the year, the Tigers are hitting .341 with Amanda Sanchez leading the way with a .487 average. Shelbi Sunseri leads the Tigers with 12 home runs and 39 RBI. She owns a 1.041 slugging percentage.

In the circle, the Tigers are led by Maribeth Gorsuch who has the lowest ERA on the staff at 1.34. She is 7-0 with four shutouts on the year. Shelby Wickersham is right behind with a 1.39 ERA and has a team-high eight wins to go along with three shutouts. Sunseri is 6-4 on the year with four shutouts.

Scouting the Opposition
Georgia
The Bulldogs go into the series with a 25-6 overall record and 1-2 record in the league. They are 19-3 at home. Alyssa DiCarlo leads the squad with a .439 average and a league-leading 16 home runs. She has 38 RBI on the year and 95 total bases. As a team, they are hitting .324 with 46 home runs and a total of 106 extra-base hits.

In the circle, the Bulldogs are led by Lauren Mathis. She is 5-1 on the year with a 0.95 ERA. The Bulldogs have used most of their staff this season with Alley Cutting leading the way in wins with seven. Mary Wilson Avant leads the team in strikeouts with 57 in 52.1 innings of work.

What’s On Deck
The Tigers return home for their fourth midweek game of the year, taking on Nicholls St. Wednesday in Tiger Park at 6 p.m. The game will stream live on SEC Network+.