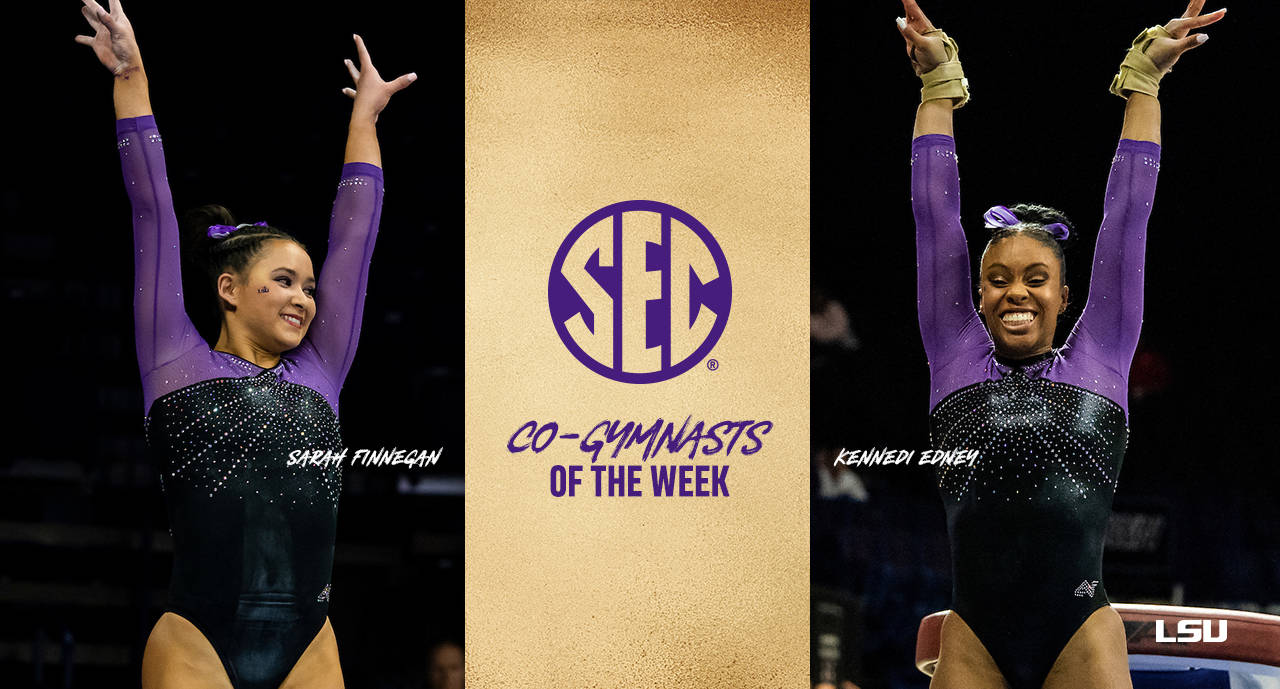 Finnegan and Edney became the second set of teammates to be named Co-Gymnasts of the Week since the weekly honor began in 2000. The duo joined Florida’s Bridget Sloan and Kytra Hunter (2014) as the only teammates to earn the honor in the same week.

At Arizona, Finnegan earned the fifth perfect score of her career as the anchor of LSU’s bars lineup that earned the highest away score in school history. Finnegan scored a 39.725 in the all-around, which marked her fifth score of 39.700 or higher in her career.

The Gymnast of the Week honor marked the 13th of her career, which tied Sloan for the most in SEC history. The honor also was her seventh this season for the most in a single season in the award’s history.

Edney earned her second career 10 and first on vault in the fifth spot of the Tigers’ lineup that posted the highest away score in school history. Edney set her season high in the all-around score with a 39.725. The California native also earned scores of 9.90 on beam and 9.95 on floor for victories.

The third-ranked LSU gymnastics team opens postseason competition at the 2019 SEC Championships at 7 p.m. CT Saturday in New Orleans. The top-seeded Tigers will compete in Olympic order as they go for their third-straight league title. The meet will be televised live on ESPN2.