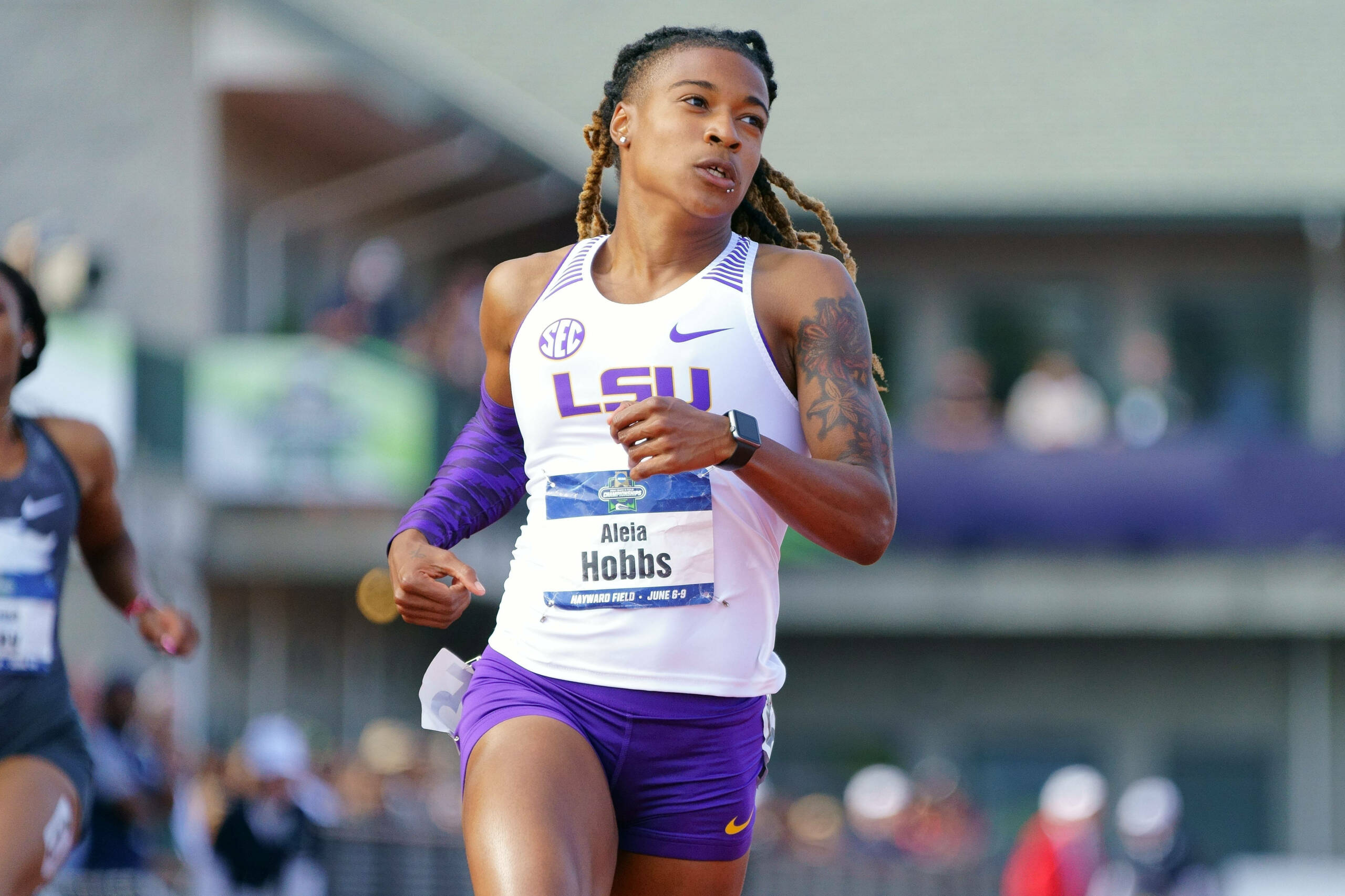 Baton Rouge, La. – Aleia Hobbs has been named a finalist for the AAU Sullivan Award, an honor given each year to the nation’s best amateur athlete. Fans can vote once per day from Monday, March 18, until Friday, March 22.

“It is truly an honor to become a finalist with all of the great athletes I went against,” said Hobbs. “I’m grateful that my accomplishments are being noticed by the entire AAU Sullivan award committee and also everyone that voted for me. I cannot wait to get to NYC for the ceremony.”