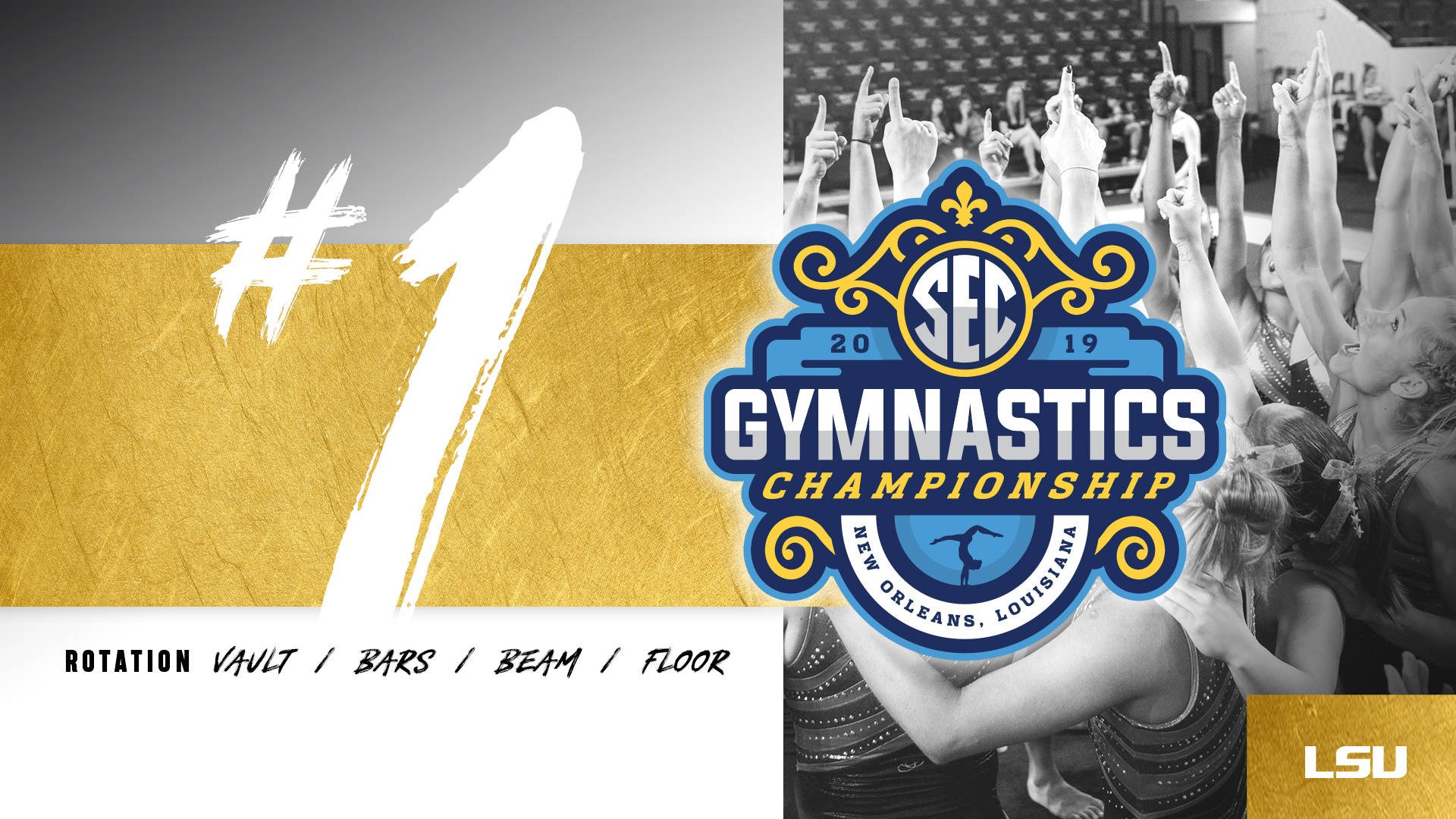 BATON ROUGE – The LSU gymnastics team jumped up to No. 3 in the National Qualifying Score (NQS) Rankings and as a result earned the top seed at the 2019 Southeastern Conference Championships, the league office announced Monday.

The squad will go after their third-straight SEC Championship at 7 p.m. CT Saturday at the Smoothie King Center in New Orleans. The Tigers earned the No. 1 seed for a third-straight year and will compete in the evening session at the championships.

Tickets for the first SEC Championships in the state of Louisiana since 1998 are still available at ticketmaster.com. Saturday’s meet will be televised on ESPN2 with Bart Conner and Kathy Johnson Clarke on the call.

The seeding is based on the NQS after the regular season. The Tigers earned the top spot with an NQS of 197.680. LSU jumped past the second-seeded Gators (197.675) after scoring a 198.175 on the road Friday night. No. 8 Georgia and No. 9 Kentucky will also compete in the second session. Alabama, Auburn, Arkansas and Missouri will compete in the afternoon session.

LSU will rotate in Olympic order as the No. 1 seed beginning on vault and go to bars, beam and wrap up on floor.

The Tigers are the defending SEC meet champions. The 2017 squad captured the meet title for the first time since 1981. LSU defended its title a year ago in St. Louis. Last year, Sarah Finnegan won the all-around title in her home state.

Twenty-two LSU gymnasts have combined to win 40 SEC titles since 1981. A total of 85 All-SEC honors have been earned over the years and 13 SEC All-Freshman team honors have been awarded since 2009.