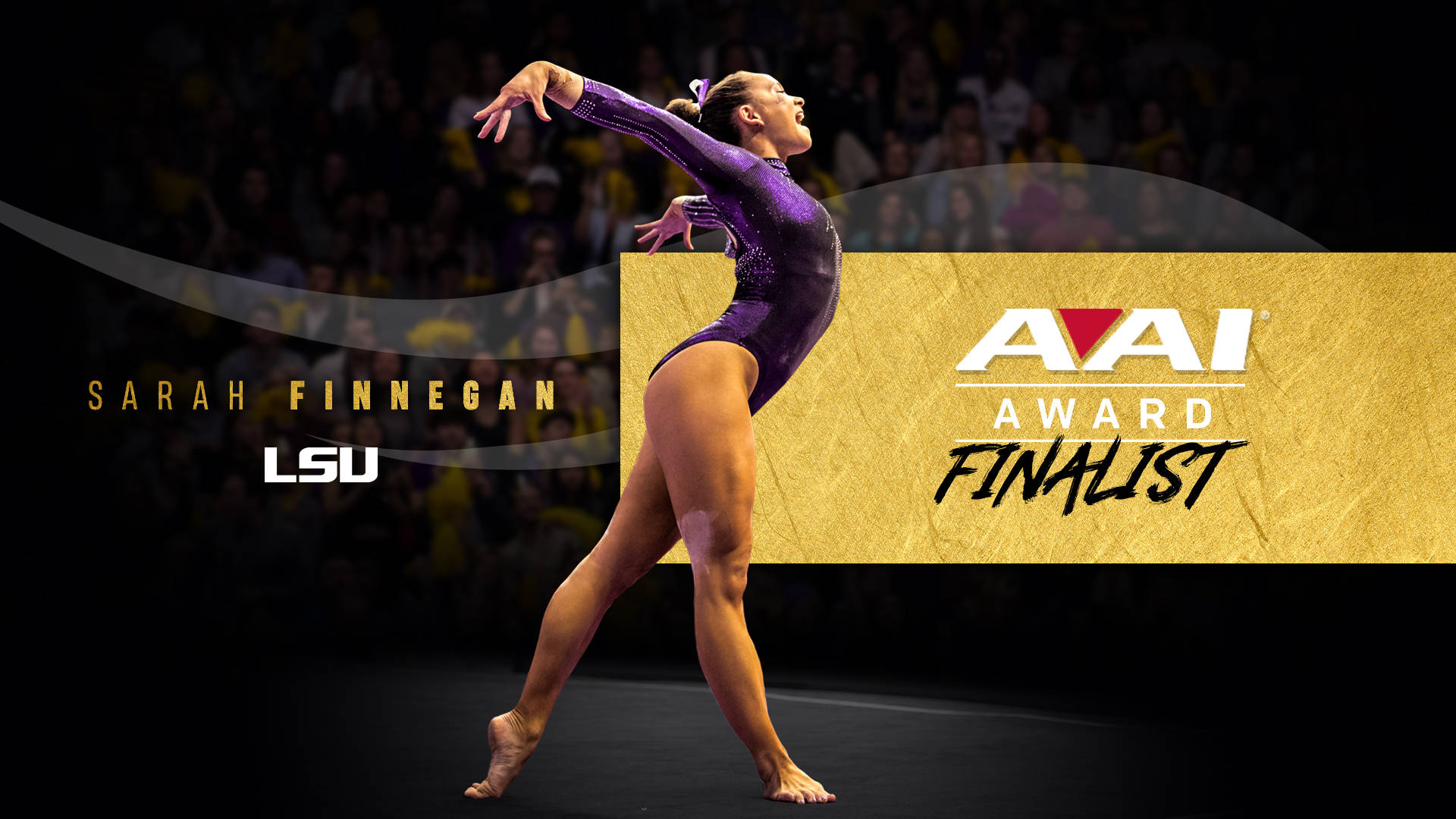 There are six finalists for the AAI Award, which goes to the most outstanding senior gymnast in the country. Finnegan is joined by Alicia Boren of Florida, Brenna Dowell of Oklahoma, Olivia Karas of Michigan, Katelyn Ohashi of UCLA and Toni-Ann Williams of Cal.

Considered the Heisman Trophy of NCAA Gymnastics, LSU legends Ashleigh Gnat and Susan Jackson brought back the AAI Award to Baton Rouge after outstanding careers in the Purple and Gold.

In 2019, Finnegan has been the most consistent gymnast in the SEC and in the nation. She has competed in the all-around in every single meet this season and won 11 of 12 all-around titles.

Finnegan owns career highs of 9.95 on vault; 10.0 on bars, beam and floor; and 39.800 in the all-around. She is only the ninth gymnast in school history to a score a 9.95 or higher on all four events and one of four gymnasts in the country to achieve the feat in 2019.

She is an SEC Academic Honor Roll member and an active member of LSU’s efforts in the community with more than 25 hours of service logged in 2019. Finnegan is scheduled to graduate in May with her degree in kinesiology and pursue a career in occupational therapy.

Coaches from across the country will vote for the winner of the AAI Award. The winner will be announced prior to NCAA Championships in Fort Worth, Texas, on Wednesday, April, 17.

Finnegan and the squad return to competition at 7 p.m. CT Saturday in New Orleans for the SEC Championships. Following two weeks off, the Tigers will host the NCAA Baton Rouge Regional April 5-6 in the PMAC.