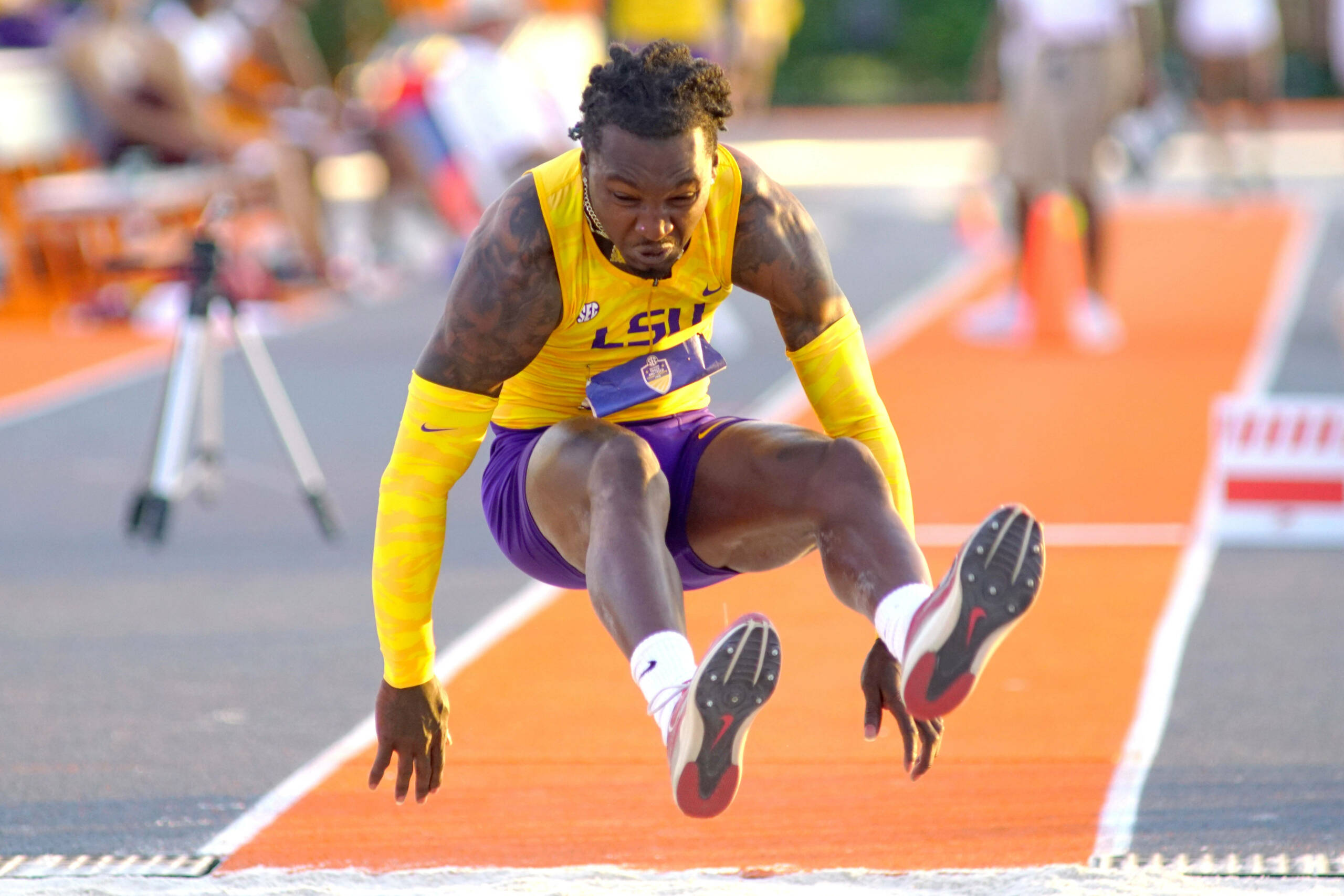 Baton Rouge, La. – The LSU track and field team will open up its 2019 outdoor season this weekend with a trip to Lafayette, La., for the Louisiana Classics. The University of Louisiana-Lafayette will host the meet at the Ragin’ Cajuns Track Complex.

Noel Baker, Eli Gaughan and Andre Girouard will all see their first action of 2019 with the javelin throw on Friday afternoon. Baker throws at 3 p.m. and Gaughan and Girouard will throw at 5 p.m. The only other competitor on Friday will be Amber Desselle in the 10,000 meter run at 8 p.m.

LSU will have 42 individual athletes compete on Saturday while also fielding a women’s and men’s 4×100 meter relay. Amy Stelly will get the day two action started at the pole vault at 11:30 a.m. and the men’s 800 meter trio of Zack Burnett, Luke Hebert and Adam Wise will close out the meet at 4:50 p.m. A full competition guide on who is competing when can be viewed above.

The Louisiana Classics will serve as the first of six regular season outdoor meets before the postseason commences May 9-11 with the SEC Championships. The NCAA East Preliminaries will take place May 23-25 in Jacksonville, Fla., and the NCAA Championships will be hosted in Austin, Texas, June 5-8. The month of April will feature three home meets at the Bernie Moore Track Stadium; April 6 will be the Battle on the Bayou, April 20 will be the annual LSU Alumni Gold meet, and April 27 will be the LSU Invitational.

The LSU men’s squad returns 26.5 of 28 points scored from last year’s NCAA outdoor championships that they finished eighth at. Jake Norris (hammer throw) and Damion Thomas (110m hurdles) both registered third-place showings in their events during their freshman seasons at the national meet. Norris set the school record in the hammer throw at the NCAA meet with a career best heave of 240’ 3” to earn his bronze. Thomas ran a 13.45 in the finals of the 110 meter hurdles to capture his bronze; he was just three hundredths of a second off the national title pace in that final.

Jaron Flournoy, a 8x All-American, scored for LSU last season in both the 200 meters and 4×400 meter relay at the NCAA Championships. He clocked a time of 20.43 seconds in the finals of the 200 meters to place fourth and he anchored the 4×400 meter relay – Jahnoy Thompson, Correion Mosby, Renard Howell, Flournoy – to a bronze medal with the third-fastest time in program history, a 3:00.55. Thompson, Mosby and Flournoy all return for their senior campaigns this spring. Rayvon Grey, who just won his first ever NCAA title last weekend in the long jump at the NCAA indoor meet, will look to better his finish from the 2018 national meet. Grey leaped out to a mark of 26’ 1.50” in the long jump to earn fourth-place honors at the 2018 NCAA Outdoor Championships.