Duplantis on The Bowerman Watch List for Fourth Time 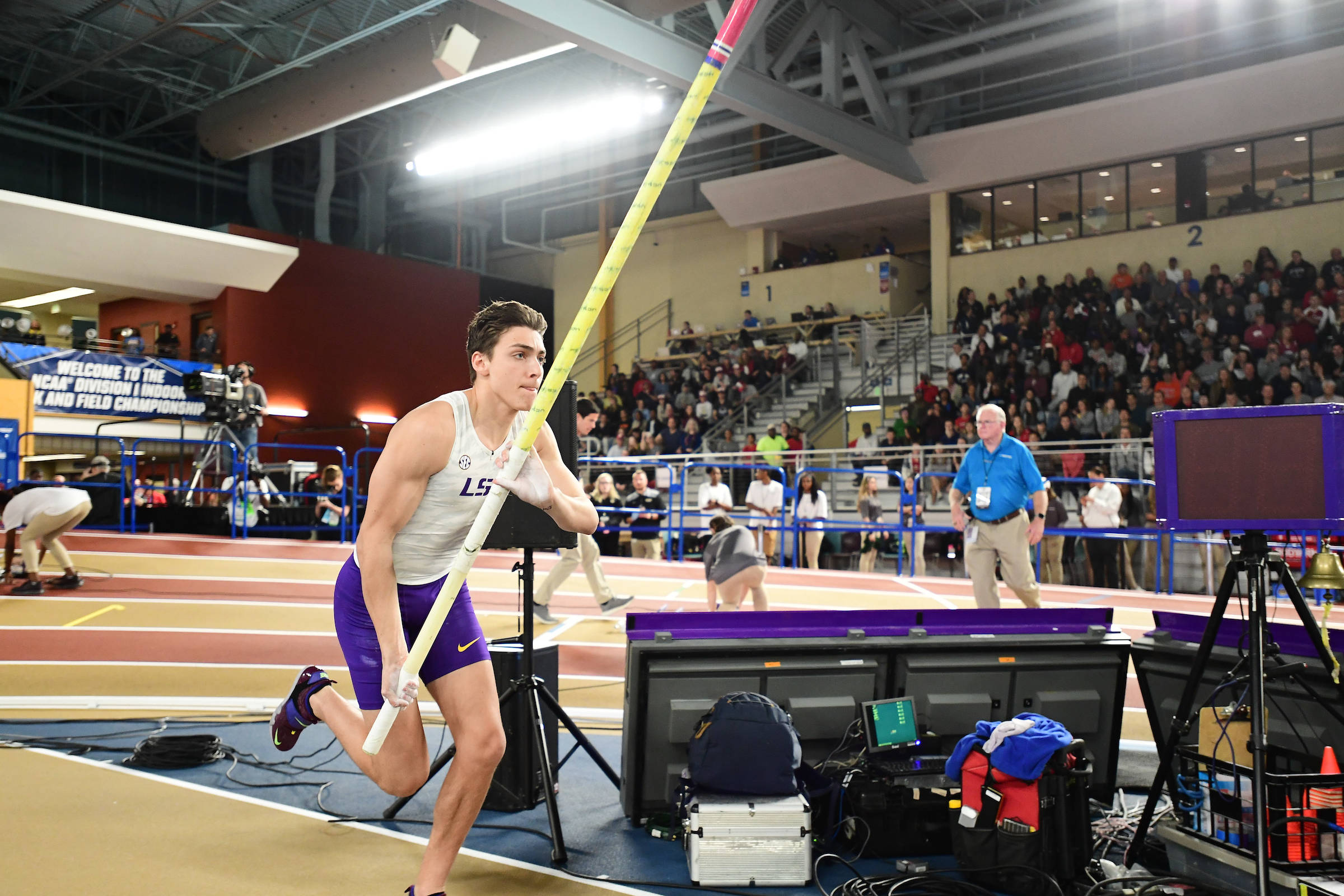 Baton Rouge, La. – Mondo Duplantis made his fourth appearance on The Bowerman Watch List on Thursday afternoon. Duplantis stayed on the list thanks to his first-ever NCAA title last weekend at the NCAA Championships in Birmingham, Alabama.

Duplantis cleared 19’ 1.50” at the NCAA meet to earn 10 points for LSU. His 10 points contributed to LSU’s team total of 31 that helped the Tigers to a third-place finish, the best for the men at the NCAA indoor meet since 2006. He became only the second LSU men’s pole vaulter to win an NCAA indoor title; he joined Russ Buller (2000) on that list.

His other wins came at the Razorback Invitational (19’ 1.50”), LSU Bayou Bengal (19’ 3”) and the LSU Twilight (18’ 7.50”). Four of his five performances featured clearances of 19 feet or higher, and his career-best indoor clearance of 19’ 5” at the SEC meet was a Swedish indoor record and the third-best mark in the world for the 2019 indoor season. He owns four of the top 10 indoor pole vault clearances in NCAA history.