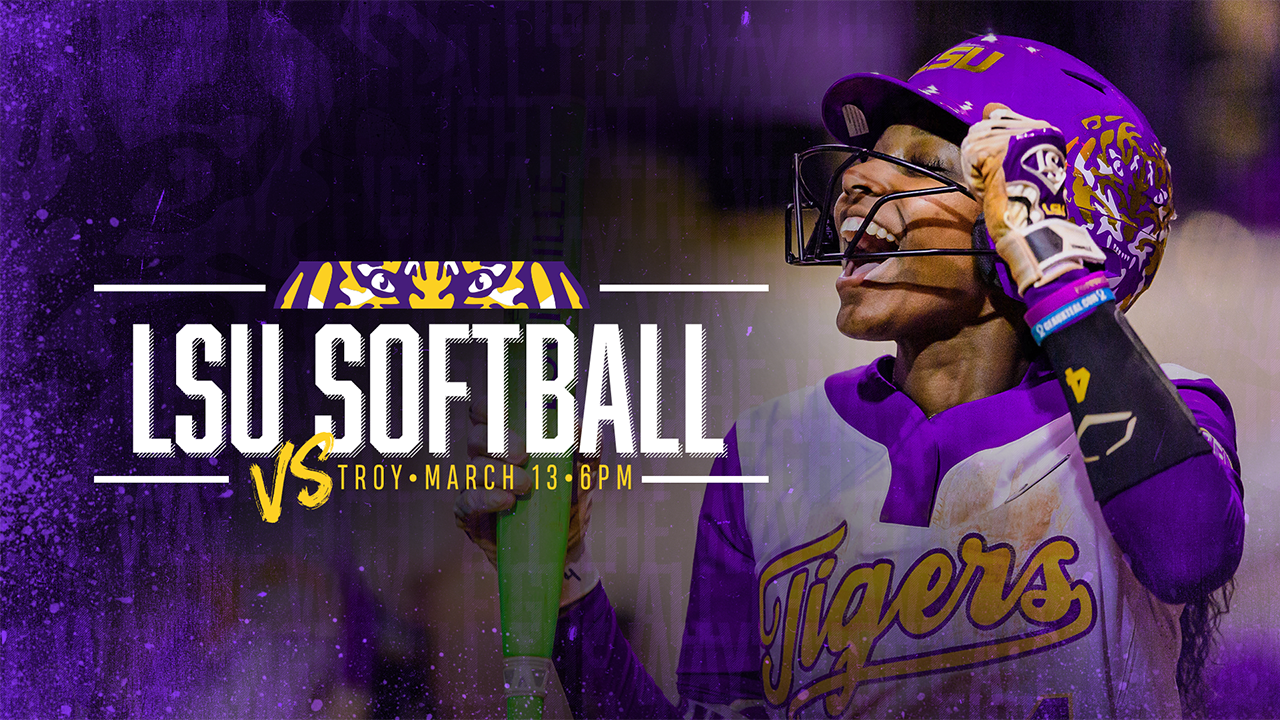 The game will stream live on SECN+ and the WatchESPN app with Lyn Rollins and Yvette Girouard on the call.

The Tigers going into the game with a 21-5 record. The Tigers defeated Texas A&M 17-3 in five innings on Friday and followed with their 11th shutout of the season on Saturday, downing the Aggies, 7-0. The Tigers fell in game three 6-5. The Tigers scored a total of 29 runs on the weekend, the most runs scored in an SEC series in program history.

Amanda Sanchez, who earned SEC Player of the Week Tuesday afternoon, is leading the Tigers with a .492 batting average. She led the Tigers on the weekend with a .700 mark against the Aggies with two home runs, five RBI and four runs scored.

In the circle, Shelby Wickersham leads the Tigers with a 7-1 record and a 1.30 ERA. She owns three shutouts. Shelbi Sunseri is hitting .467 on the year with 11 home runs, 35 RBI and 69 total bases. In the circle, she is 6-3 and went 2-0 last week with the shutout on Saturday against the Aggies, her fourth on the year.

Scouting the Opposition
Troy
The Trojans come into the game with an 18-8 record and a 2-1 record in the Sun Belt. They opened up conference play with ULM on Friday, downing the Warhawks, 8-0 in game one and 6-1 in the rubber match. They fell in game two, 4-1.

Katie Webb is leading the team with a .383 batting average. She has 31 hits, 15 runs scored, five doubles and 18 RBI. Bailey Taylor leads the squad with a .367 average and three home runs.

In the circle, Leanna Johnson is 12-3 with a team-low 2.12 earned run average. In 92.1 innings of work, she has tallied 113 strikeouts. She owns two shutouts and one save and is holding her opponents to a .198 batting average.

What’s On Deck
The Tigers get back to SEC action over the weekend, facing No. 7/7 Florida in Tiger Park Saturday through Monday. All three games will be available on the WatchESPN app and Sunday and Monday’s game will air live on SEC Network.