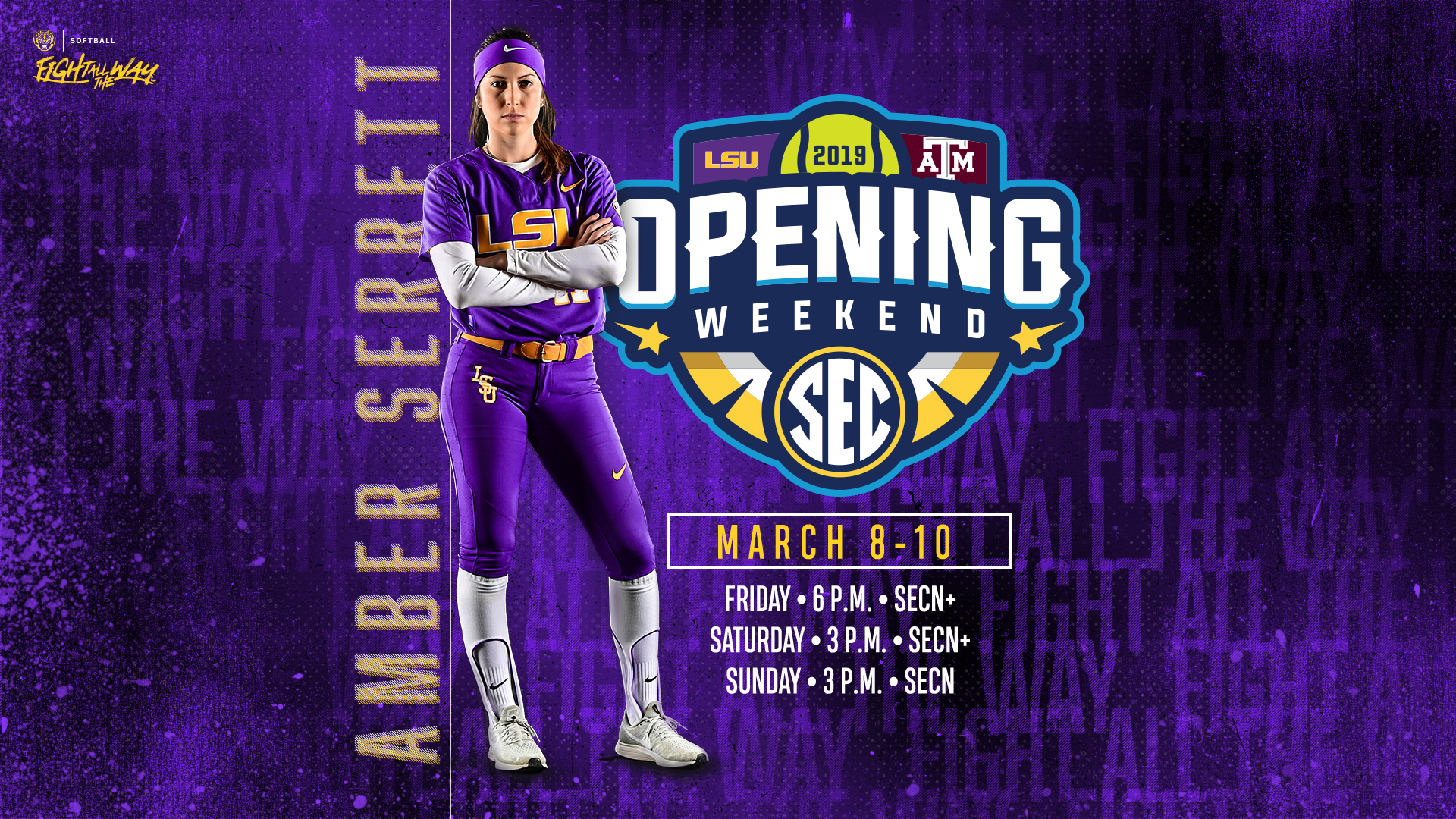 BATON ROUGE – The No. 10/9 LSU softball team heads to Texas A&M this weekend to open up SEC play Friday through Sunday. The Tigers take on the Aggies Friday at 6 p.m., Saturday at 3 p.m. and Sunday at 3 p.m.

All three games will stream live on SECN+ and the WatchESPN app. Sunday’s game will air live on SEC Network with Alex Loeb and Danielle Lawrie on the call.

In the circle, Shelby Wickersham leads the team with a 1.20 earned run average. She is 6-1 on the year with three shutouts and 20 strikeouts in 41 innings of work. Maribeth Gorsuch is 5-0 on the year with a 1.26 ERA. She has pitched five complete games and owns two shutouts. Sunseri has contributed in the circle with a 5-3 record and leads the team in strikeouts with 36.

“Texas A&M is playing well, but it’s nice to go in with a clean slate. Everybody is 0-0 and it’s kind of a reset, but it’s also a way for us to build and get better each game. Anytime you go on the road or play someone at home in the SEC it’s a challenge.

“Texas A&M is known for their offense and they swing big. We’ll have our work cut out trying to get them out. We don’t know anything about their new park. None of us have been there, so we will have to learn that and then keep their offense at bay.”

The Tigers are 18-4 in SEC openers and 7-3 when opening up league play on the road. This is the first time in program history the Tigers open up SEC action in College Station.

Scouting the Opposition
Texas A&M
The Aggies come into the series with a 15-6 record after a midweek win against UT Arlington. Kelbi Fortenberry leads the team with a .460 batting average and 40 total bases. She has scored a team-leading 18 runs and has stolen 10 bases on the year.

In the circle, Payton McBride is 7-0 with a 1.94 earned run average. She has struck out a team-leading 34 batters in 54 innings. Kayla Poynter has the lowest ERA on staff at 1.89 with a 3-2 record. She holds her opponents to a .194 batting average, the lowest on the staff.

What’s On Deck
Following the Texas A&M series, the Tigers return home for a midweek match against Troy on Wednesday at 6 p.m. before taking on Florida for their Saturday, Sunday, Monday series.