Gagne Tabbed as SEC Golfer of the Week 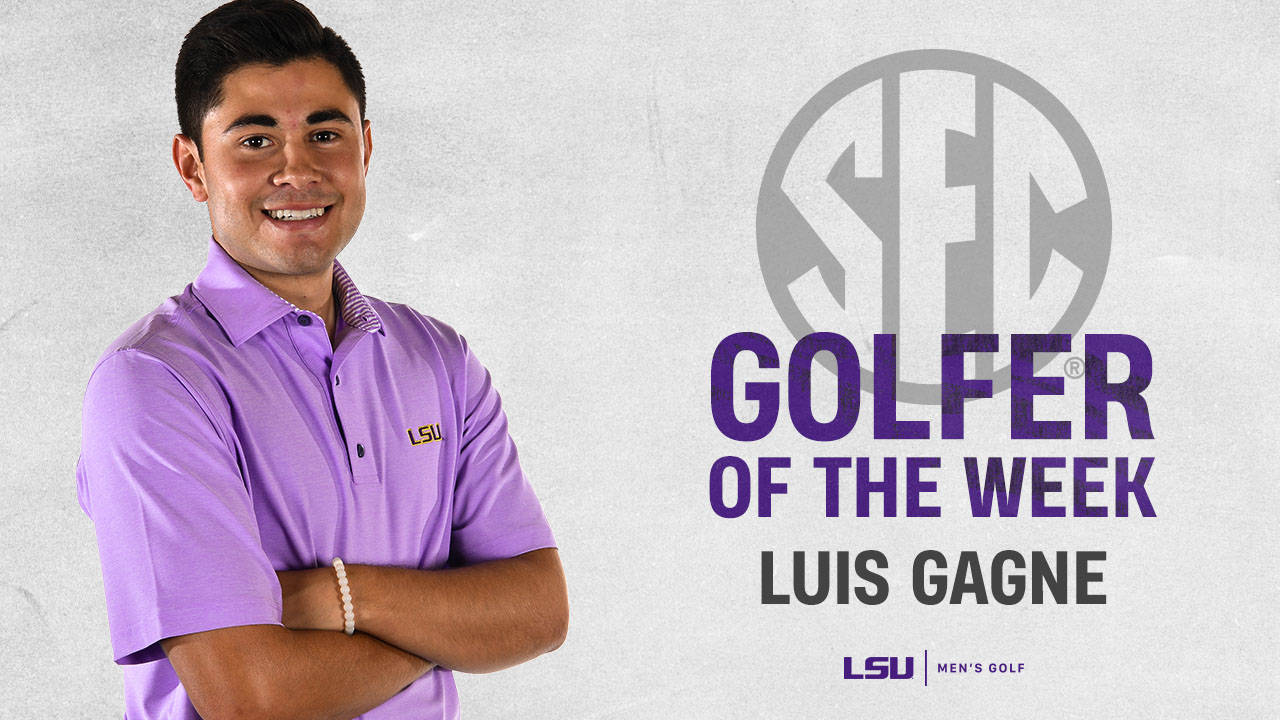 Baton Rouge, La. – One day after earning the 18th top-10 finish of his career, Luis Gagne has been named the SEC Men’s Golfer of the Week, the conference office announced on Wednesday.

Gagne fired a three-round total of 4-under 209 to finish tied for seventh at the Querencia Cabo Collegiate that was contested Sunday through Tuesday in Cabo San Lucas, Mexico. His opening round was a 2-under 69 that consisted of 16 pars and two birdies; it was his first bogey-free round of his senior season in 15 tries.

After a second round of 1-over 72, Gagne rebounded with the best round of his tournament with a 3-under 68. He rolled in five birdies to go all with 11 pars and two bogeys to propel him 11 spots in the final standings to finish tied for seventh.

Finishing tied for seventh at the Querencia Cabo Collegiate, Gagne was the top SEC individual finisher in the event that included competition from No. 3 Vanderbilt, No. 14 Alabama, No. 19 Texas A&M, No. 32 Arkansas and No. 48 Ole Miss. All in all, he defeated 14 golfers ranked inside the top 100 of the Golfstat individual rankings.