Mondo Makes Appearance No. 3 on The Bowerman Watch List 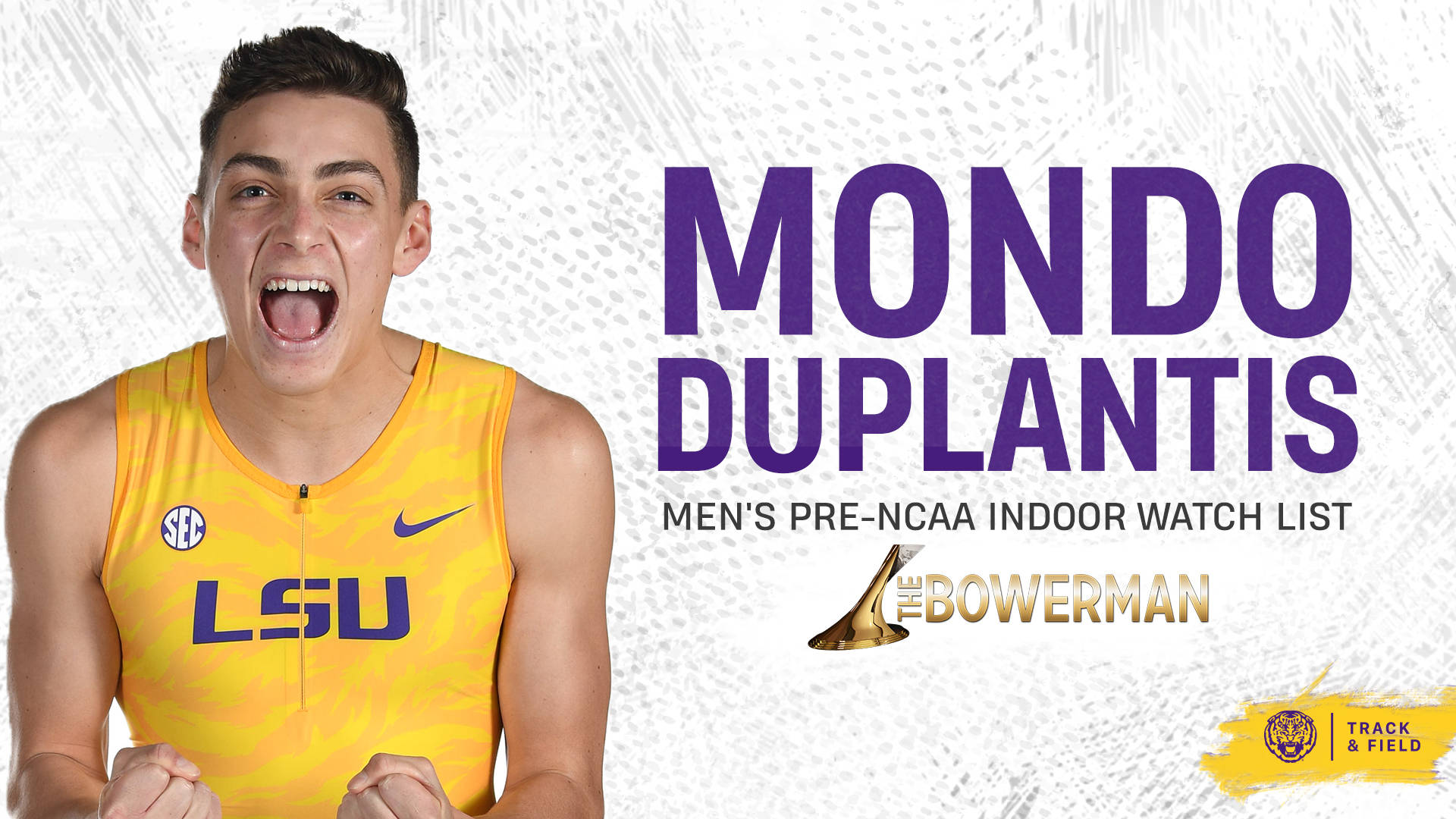 Duplantis remains as one of three pole vaulters on the list of the 10 best male athletes in collegiate track and field right now. Duplantis cleared an indoor personal best of 19’ 5” (5.92 meters) on Friday night at the Randal Tyson Track Center to break Shawn Barber’s (Akron) collegiate record that was set in 2015. The clearance of 19’ 5” gave Duplantis three of the top seven vaults in indoor collegiate history; he has also cleared heights of 19’ 3” (Feb. 1) and 19’ 1.50” (Jan. 25) while donning the LSU jersey.

Duplantis has won all four competitions that he has competed in this year and he’ll enter next week’s NCAA Indoor Championships as the favorite. The clearance of 19’ 5” was a Swedish indoor record, LSU school record, and at the time, a world best clearance. As of now, the clearance of 19’ 5” ranks No. 3 in the world for 2019.

The LSU track and field team, women ranked three and men ranked fourth, will compete at the 2019 NCAA Indoor Championships next Friday and Saturday (March 8-9) in Birmingham, Ala., at the Birmingham CrossPlex. With Duplantis on the men’s Watch List and Kortnei Johnson on the women’s Watch List, LSU is one of only three programs in America to have an athlete on both the women’s and men’s Watch List. Stanford and Wisconsin are the two others.