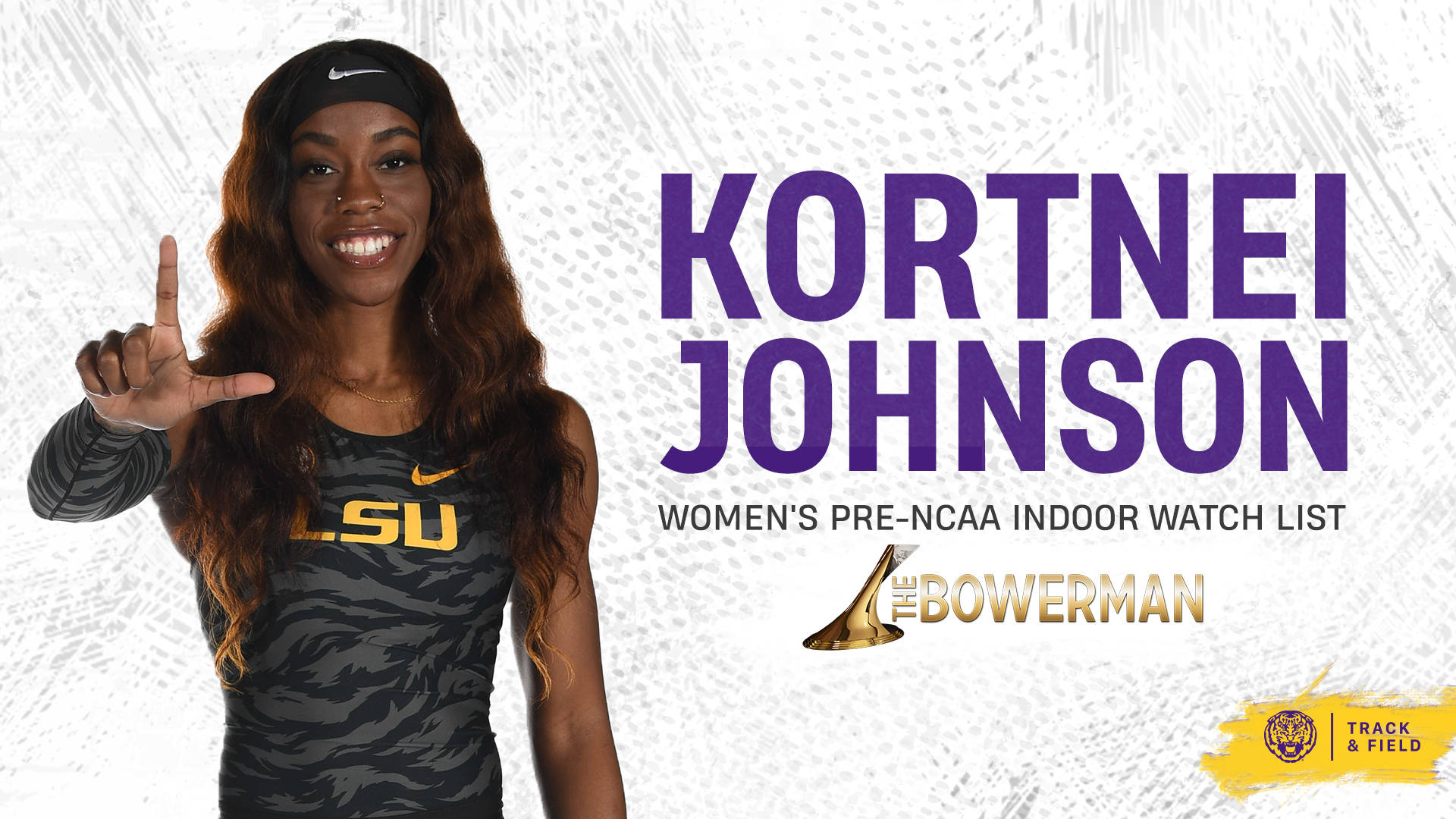 The appearance on the Watch List marks the first time in Johnson’s career that she has been recognized by The Bowerman. The senior from Italy, Texas, will head into next week’s NCAA Indoor Championships as the favorite in the 60 meter dash.

Johnson won her first career individual SEC title last weekend in Fayetteville, Ark., at the SEC Championships with a 60 meter time of 7.23. She also scored points for LSU in the 200 meter dash with a fifth-place finish at the SEC meet.

Johnson will compete in two events at the NCAA Indoor Championships in Birmingham – the 60 meter and 200 meter dash. Johnson has won four collegiate titles this season in the 60 meters, and she has added on an extra three titles in the 200 meter dash.